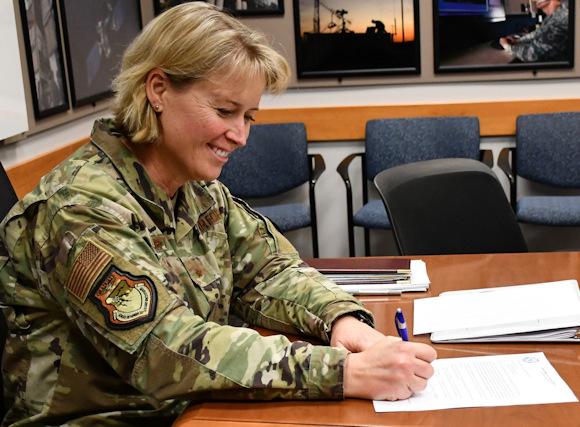 The United States of America continues to make progress in "star wars" with the Declaration ofinitial operation of the "Space Fence" radar system located in the Kwajalein atoll in the Marshall Islands and dependent on the structure of the 20th Space Control Squadron (SPCS) of the US Air Force.

On March 27, when brigadier general DeAnna Burt put his signature on the declaration, a new phase for space defense opened. A signature, this, as heavy as a boulder but that in the media around the world has gone almost unnoticed.

Developed in 2009 as part of a $ 1,5 billion program to detect artificial satellites and debris in Earth's orbit, "Space Fence" is a second generation detection system, and the most technologically advanced.

If the US "leap forward" in space technologies can help ensure greater security for satellites at constant collision risk with space and artificial debris now present around the Earth, it was born primarily as a military and political response to the powers rivals in the "scramble to Space" like Russia and China.

In fact, the words of Lieutenant Colonel David Tipton, commander of the 20th SPCS, contained in the official release of the space forces of Washington cannot be misunderstood from this point of view: "Space is now recognized as a congested and contested area of ​​domination and Space Fence is the evolution of our efforts to maintain superiority in space".

In other words, the "Space Fence" system is a deterrent to the aims of Moscow and Beijing - but the risks for European space programs should not be underestimated - in space and clearly responds to the need to keep under control the suspicious movements of their satellites and, in fact, the development of "among the stars" exploration and colonization programs other than the United States.

The real novelty of "Space Fence" compared to its predecessor "Air Force Sourveillance System" is the ability to trace small objects ("like a marble" reads in the official press release) with low orbits that due to their invisibility to the old systems constituted a constant and unpredictable threat.

The "Space Fence" system provides space traffic data updated in real time at the 18th SPCS in Vandenberg (California) which then "catalogs" flying objects such as satellites, rockets and debris both natural and artificial so as to be able to shield military satellites US operatives both maneuverable and non-maneuverable.

To date, approximately 26.000 flying objects are cataloged in the Department of Defense's "Space Sourveillance Network" but with "Space Fence" it is expected to significantly increase their number. The "Space Fence" "database" ensures orbital security and alerts the US Defense in the event of chain events that could pose a potential threat to both North America and NATO allies.

The mention of the allies - a must in the context of the institutional communication of the US Armed Forces - suggests that there may be a minimum sharing of information but that, in fact, the protective umbrella remains the exclusive American management and therefore to use and consumption of Washington and its interests in the context of a space policy that is becoming increasingly competitive and where it seems that the White House has decided to adopt an interventionist strategy at the same time as the "boots on the ground" seem to be losing weight as a tactical and strategic option among American military and political circles.

The American military device, in recent years, is undergoing a profound restructuring in order to face ...
1405
Read

The fast multi-role vessel Project 02510 entered service on November 24 with the Baltic Fleet of the ...
1871
Read

The IRINI mission - launched last year by the European Union to support the UN embargo, aimed at blocking the ...
3335
Read

Only 5 years ago the Turkish press was promoting the new ALTAY national battle tank as the most modern MBT in existence ...
3560
Read