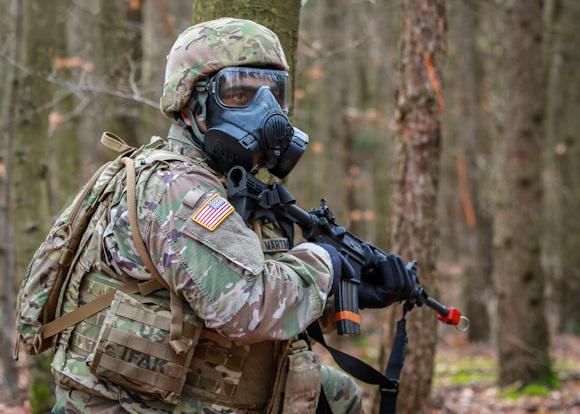 NATO has decided to downsize the exercise Defend Europe 20, scheduled for next month, due to the Corona Virus emergency. The European American Command (EUCOM) stopped all personnel and equipment movements from the United States to Europe on March 13, reducing the objectives and scope of the military exercise, but not its strategic value.

Defender Europe, which will take place between April 20 and May 20, was to be the NATO exercise with the largest deployment of perhaps 20.000 Americans on European territory in the past 25 years. The primary goal of the tutorial is to “train and build greater preparedness to discourage potential external threats across the continent”, Therefore a target of deterrence.

On the American side, the aim is also to demonstrate "strategic readiness", that is, the ability to move and make an entire division operational to protect Europe, and in particular the small Baltic countries, from a possible Russian military intervention. The ability to deploy a combat force in Europe therefore has the main purpose of reassuring Eastern European countries and strengthening the US commitment in times of "isolation" of American power, but also to reaffirm to European allies the need to maintain the efforts required by a force such as the Atlantic, guaranteeing the commitments made, including the economic ones (in particular 2% of the GDP as defense expenditure1). 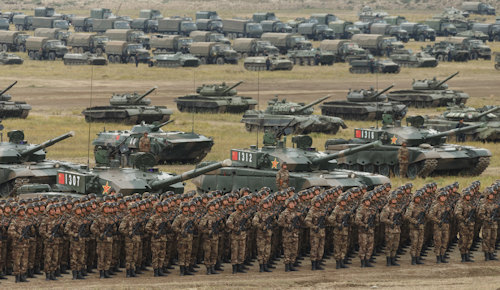 It is therefore an operation that does not aim at any provocation towards Russia, as has been recently insinuated into the various conspiracy theories and fake news appeared on social media. Also because Russia has done far more impressive exercises than NATO (the last two years ago, the Vostok 2018 with 300.000 men - photos) and, so to speak, at the time of the Cold War on the European front there were 70.000 stationed Americans.

Although the deal will now be curtailed, however, the chief of staff of the U.S. Army, Gen. James McConville said that "strategic readiness has already been demonstrated”, With the ability to deploy American forces quickly and to perform efficient exercises with the Allies. In addition, learning was also about adapting the plans, with the ability to resize the deployment, and then use some units for other objectives and positioning.

NATO Secretary General Jens Stoltenberg confirming the importance of completing Defender Europe, he also encouraged the Allies to keep their promises on military spending, despite the economic shock that will be produced by the pandemic crisis, also for the role that the military can play precisely during this type of crisis. 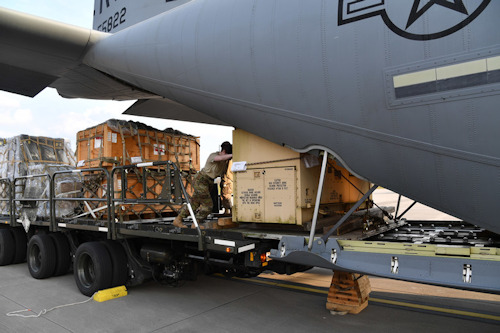 The case Italian is the one where the army is playing a major role for this crisis, given that in addition to supporting the police with the many checkpoints against moving citizens, it is setting up two field hospitals in the shortest possible time in Piacenza and Crema in the province of Cremona, and supporting national health structures with Army doctors and nurses. Even the United States is helping Italy, recently for example, have airborne a mobile system for the treatment of patients from Germany to the Aviano base (En-Route Patient Staging System-ERPSS) which can receive up to 40 patients for 24 hours.

This could in fact be a key point in the use of the armed forces towards these new global threats, which as recently written the former Supreme Allied Commander Transformation NATO, Admiral James Stavridis, can play a crucial role in defending against increasingly insidious and complex threats, such as biological or natural disasters, in addition to the classic conventional, hybrid and irregular threats.

Maybe NATO, like recently commented, he really should think of a NBC (Nuclear, Biological and Chemical) tutorial afterwards Defender Europe, given that the future will be characterized more and more by these challenges, even more serious than what now seem to be mild conventional or even cyber threats.

The American military device, in recent years, is undergoing a profound restructuring in order to face ...
1553
Read

The fast multi-role vessel Project 02510 entered service on November 24 with the Baltic Fleet of the ...
1910
Read

The IRINI mission - launched last year by the European Union to support the UN embargo, aimed at blocking the ...
3400
Read

The hull of the icebreaker ship Evpatiy Kolovrat, the class leader of Project 21180M, was set up at Almaz ...
844
Read

Only 5 years ago the Turkish press was promoting the new ALTAY national battle tank as the most modern MBT in existence ...
3599
Read

According to a press release released on November 23, 2020, Huntington Ingalls Industries Shipyards have ...
990
Read

After 48 years to protect the skies of Japan on November 20 they were officially withdrawn from service ...
1469
Read