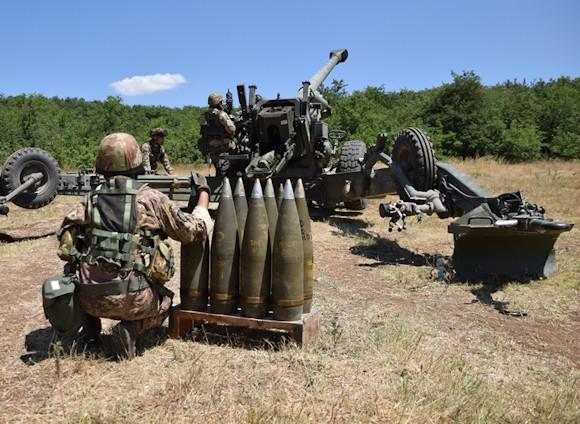 In times of hybrid threats, natural hazards, and attacks on health such as pandemics, civilian-military cooperation seems to become more of a necessity than a virtue, as civil protection or military defense alone is not enough. Today the state of war that is created by pandemics or by a natural disaster of global proportions shows that Civil Defense, and with it civil-military cooperation, becomes indispensable, because the challenges to societies and states will be increasingly sudden and disruptive . As for the "wars of liberation" also for the "wars of survival" a "Civil Defense" that complements the military one is necessary.

The Italian Prime Minister during the recent crisis spoke of symmetrical shock of the virus, referring to the economic crisis that affects all European countries. At military level, there is often talk of asymmetric warfare when the forces that collide are different, but if the asymmetric threat were only the opposite of the symmetric one, the asymmetric response would be sufficient, but often it is not so.

Today there are many special forces that employ asymmetric and hybrid warfare methods, almost as much as conventional warfare forces, but they are not always efficient for this. This is because the era of the classical war is over: war and peace are no longer completely divided, the borders are blurred, they are the same side of the same coin, as seen for example with the combination of infowar and economic influence. The war of the third millennium is no longer made up of battles to be won or lost but of competition and conflict, in which one cannot always completely win or completely lose and there is not always something clearly defined to win or lose.

In fact, state and non-state actors make operations (cyber, IT, economic, territorial, psychological and many others) using hybrid and innovative means when power relations are unequal precisely to overturn these power relationships. Global crises, hybrid threats and asymmetric wars therefore need to be thought out in a complex way and will require civil-military interaction, with common objectives to develop the skills necessary for the defense and resilience of communities and states. 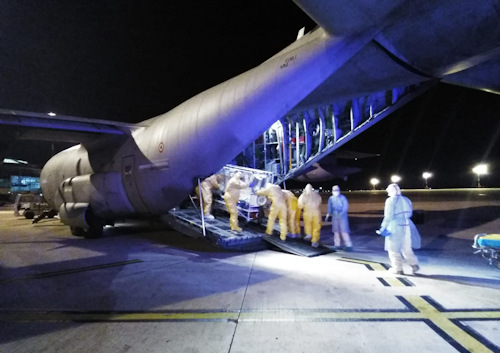 Civilian and military operators taken by themselves no longer have the ability to respond to future problems on their own, we must learn to think "out of the box" with coordinated efforts to deal with complex systems. The world is anarchic, fluid and dynamic, and while military organizations are hierarchical, vertical and rigid, civil organizations are horizontal and flexible, so collaboration is necessary to manage challenges efficiently and effectively.

The military is not always suitable to serve as an adjunct to civilian emergency services but they carry the unique skills and competences, in crisis planning, logistics management, specialist medical support, effective command and control decision making etc. The recent cases where the armed forces collaborated with the civilian ones for the recent COVID-19 crisis in Europe, in America, but also in Asia, have shown that "good practices" of cooperation can be put in place. In Europe in addition to NATO even the EU has activated to create a task force to support the national armed forces in the fight against the virus.

Many states in the past have created a kind of civil defense by setting up specific bodies such as in the Italian case, where the Civil Protection is concerned with forecasting, preventing, managing and overcoming human and natural disasters and disasters, but all this no longer seems sufficient. At the time, however, the Ministry for Civil Protection, created in 1982 by President Pertini and whose ministers existed until 2001, before being brought back under the presidency of the council, had greater functions. The USA, for example, has a real Federal Emergency Management Agency (FEMA) created by Jimmy Carter in 1979, an agency of the Department of Internal Security that performs a real civil defense function often in collaboration with the military world. Then in the States there are many organizations who work on civil-military cooperation. Italy could follow the American model, establishing a similar body and above all working on a real one national civil defense plan, in which military institutions collaborate with civil ones, for the development of a community, national but also international resilience capacity. NATO itself can play an important role for the Alliance's Civil Defense and among other things it has Centers of Excellence based precisely on civil-military cooperation, one also in Italy, the CIMIC of Motta di Livenza.

In short, the path to take is demanding but there is no time to waste, both civil society and the military in the post-COVID 19 must take courage from this crisis and take action to ask the institution in Parliament and the Government an Authority and a national Civil Defense plan for the next biological (and also chemical or radiological) threats that could be much, but much worse, than the current Corona virus.

Pecunia non olet says the famous Latin brocardo, sometimes quoted out of turn but truthfully. And it's a question ...
6224
Read

According to Treccani, in Ancient Rome, a veteran was a soldier who, after having fought for a certain number of ...
9242
Read

For the third time in two months, Russian pilots have intercepted US planes in the international waters of ...
4115
Read

They had already announced it in the bilateral meeting in Naples last February. On that occasion the president ...
17025
Read

For two consecutive days, last February, China sent its strategic bombers over the Straits of ...
4222
Read

History teaches us that maritime routes are fundamental for the economy and, starting from the XNUMXth century, indispensable ...
5535
Read