COMSUBIN: the weapons supplied to the GOI (Raiders Operational Group) 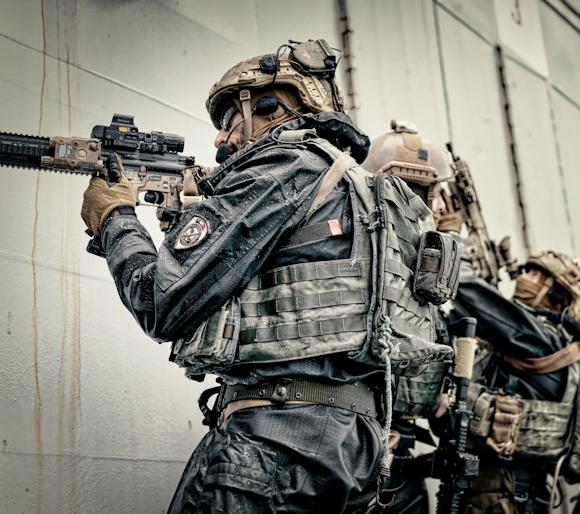 "In any case, despite the budget allocated to our sector, a strategically priority element, is not comparable to that of its European allies, it maintains a sufficient economic capacity. On the other hand, what is really relevant is that we all do the work we have always wanted to do. We can access the best there is on the market in terms of means, technological devices, tactical equipment. We are privileged.

We operate first, in a preventive way or in the immediacy of a crisis, technically, physically and mentally prepared to leave loved ones at any time, to project ourselves in remote places or where our presence is required. Conscious men, ready to intervene, willing to offer their passion, their operational professionalism, always, up to the extreme sacrifice, should it be necessary.

We're Italian. We are present".

We continue with the articles dedicated to COMSUBIN dealing with the GOI, the offensive arm of the Group.

In recent months, with the definitive withdrawal of Western forces from Afghanistan, a twenty-year operational commitment has officially ended, which has seen the GOI at the forefront of the fight against Islamic terrorism.

After the attacks on the twin towers and the Pentagon it was necessary to overthrow the Taliban fundamentalist regime, which was supporting al-Qaeda, thanks to the creation of training bases on Afghan territory. 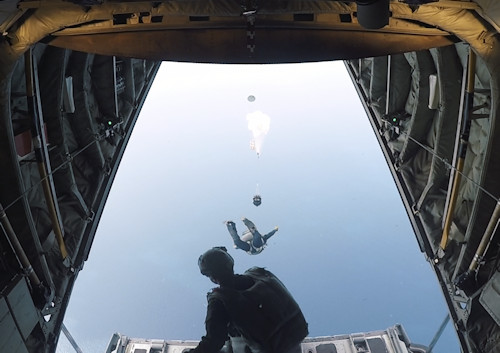 The then Berlusconi government decided to participate in Enduring Freedom, after an almost unanimous vote by the Parliament. Given the very short times, a naval group was sent which also included the aircraft carrier Garibaldi (including the AV-8B Harrier II) with a detachment of the GOI on board.

After the end of the naval mission the raiders remained aboard the US Navy units, operating alongside the SEALs, engaged in conducting raids against the jihadist bases in Afghanistan (although there is no official information regarding an offensive use of the GOI in these early stages of Enduring Freedom, its participation cannot be excluded).

The close collaboration, established for some time with the US special forces, proved to be very important from an operational point of view, however the detachments of the GOI were never included in the joint command of the special forces of Enduring Freedom. These detachments (together with those of the Col Moschin) operated in Afghanistan as part of the two phases of the operation Kite, in 2003, initially on a component of Alpine troops and subsequently on a contingent of paratroopers.

The operational area was that of Khowst, on the border with Pakistan. Given the poor state of the roads, for which the operators of our special forces had to move on foot, perhaps after an infiltration with helicopters. The mission was to provide a security framework to the contingent, guarding the border crossings with Pakistan, since they were used by jihadists to enter Afghan territory. 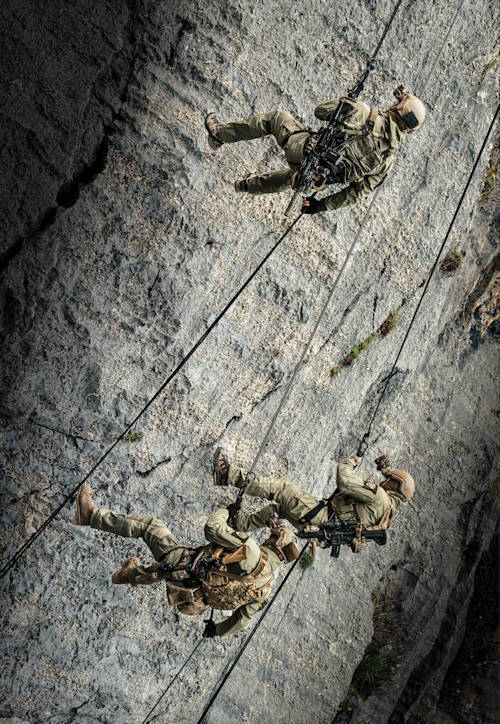 In a similar context, the activity of select shooters, included in the operational detachments, was very valuable, as they were able to eliminate possible threats even at night, thanks to the use of night optics.

The joint activity between the raiders of the GOI and those of the Nono probably gave a strong impetus to the top management of SMD for the creation of a Joint Command of Special Forces (COFS), which took place in 2004.

Meanwhile, the project of Task Force 45 was taking hold. That is to create a component of special forces drawing, depending on availability, from the four departments of raiders (Col Moschin, GOI, GIS and 17 ° Stormo) available to the Armed Forces. The greater number of operators would have provided the Nono (50%), 25% from the GOI and the remaining 25% could be drawn further from the Navy raiders or the GIS or the Air Force raiders.

It must be remembered that the GIS always had to have a number of operators ready to intervene on the national territory while the Air Force raiders were in their first operational experience (the department had only been created in 2003).

It is useless to underline the intense activity carried out by the raiders during the mission in Afghanistan. Operations ranged from deep reconnaissance, to training Afghan forces, to capturing jihadist leaders.

Some of these operations are described by Mario Chima - pseudonym of a non-commissioned officer still in service - in his book Caiman 69.

Another operational theater where the GOI has been employed is the Iraqi one, as a consequence of the advance of the Islamic state. In February 2015, Task Force 44 was formed, which followed the structure of TF 45.

On 10 November 2019, a detachment made up of raiders from the GOI and the Col Moschin, in the course of an activity of accompanying for the peshmerga, he was hit by an IED causing the wounding of 5 operators (three of the GOI and two of the Nono).

During our visit to Varignano we were also able to view the weapons supplied to the GOI (see video).

As a blade, each operator has the SERE 2 produced by Extreme Ratio of Prato. SERE stands for Survival, Evasion, Resistance and Escape. 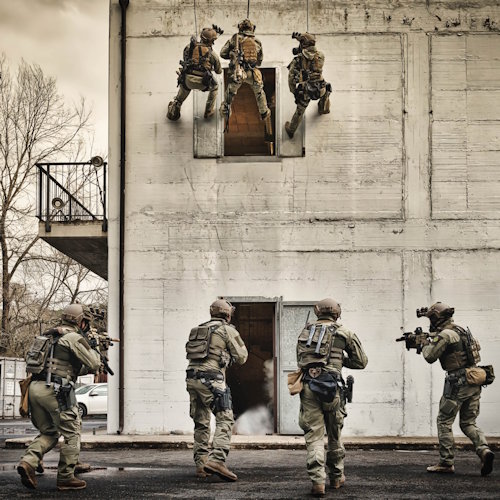 As for the sidearm, the Beretta model of the 92 series has long since been abandoned in favor of the Glocks. Much used is the version chambered for the .45 ACP (Glock 41) which, compared to the standard 9x19 mm, has a greater stopping power. On the other hand, the raiders have used the American-made M-3A1 submachine gun for a long time in the past years. Grease Gun (with integrated sound suppressor) precisely calibrated in .45 ACP.

The machine gun of the H&K MP-7 in caliber 4,6x30 mm is often used for escort assignments. Compact and lightweight, it is well suited to covert operations.

During the visit we noticed a particular predilection for the Sig Sauer weapon systems, in fact the raiders, especially for "naval" operations, began to use the MCX rifle chambered with the .300 Blackhawk (7,62x35 mm), with integrated sound suppressor. Compared to the 7,62x51 mm caliber, the stopping power remains high without however excessively increasing the weights, a significant problem especially if you have to operate in a marine environment.

Particular attention is paid by the GOI to precision shooting.

In past years, assault rifle models adapted for precision shooting have been used, such as the H&K G-3SG1. Later we realized that to obtain a more precise shot, on medium and long distances, it was necessary to use models of manual repeating rifles. The Mauser 66 and 86SR models (7,62x51 mm caliber) used by the GOI were well-made weapons, however designed more for police than military use. 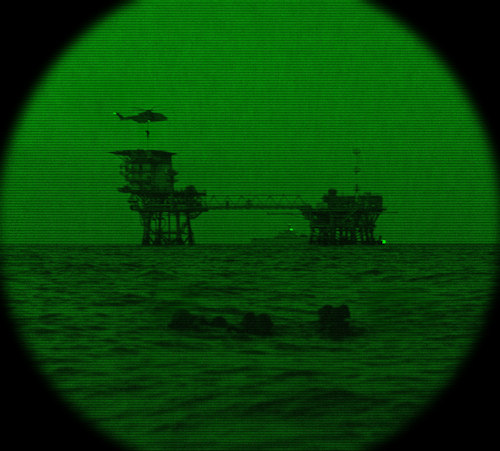 The problem was solved with the adoption of the bolt-action rifles of the Finnish Sako (later transferred to the Beretta group). Very popular are the TRG-21 in caliber 7,62x51 mm and the more powerful TRG-42 in caliber .338 Lapua Magnum (8,6x70 mm). Currently used are the Sako SSR Mk.3 in caliber 7,62x51 mm, with integrated sound suppressor (uses subsonic ammunition) and the British Accuracy International AW, with rotating bolt operation, in caliber 7,62x51 mm.

In addition to the bolt-action the semiautomatic Mk.11 / SR-25 in 7,62x51 caliber is used, a weapon with higher engagement capacity than the aforementioned models.

Particular attention has aroused the presence of former Soviet weapons, as well as Chinese copies, such as PPSh, PPS submachine guns, SKS carbines and Mosin Nagant and Ak-47 rifles.

Now let's move on to the heavyweights. On display above a table were the Scorpio the Victrix in caliber .338 Lapua Magnum, the Accuracy axmc in the same caliber (but can be quickly converted into caliber .300 and .308) and the heavy sniping in caliber .50 BMG (12,7x99 mm) like the Barrett M-107 and the Victrix Corvo. This type of weapons are mainly used in anti-material function, as they can engage targets at very long distances (2.000 meters).

Increasing in caliber, in one corner, we find a 40x53 mm H&K GMG automatic grenade launcher. Typically these weapons are mounted on Lynx 4x4 supplied to the department, but could also be installed on inflatable boats Hurricane or on the UNPAV class Cabrini. 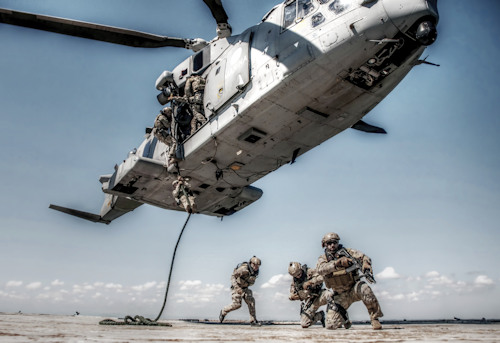 Also present in the equipment are various models of rocket launchers, such as the M72A12, manufactured by the Norwegian NAMMO. The version in use, in caliber 66 mm, was designed to engage protected positions with brick walls in the context of urban warfare.

The Matador-90 (in caliber 90 mm) is a rocket launcher developed jointly by the Singapore State Agency DSTA and the Israeli Defense Corporation Rafael Advanced Defense Systems Ltd, with the participation of the German company Dynamit Nobel AG. The rocket from the barrel is ejected using a powder charge located between the two pistons. While the front piston launches the rocket, the rear one pushes the counterweight in the opposite direction, which allows you to fire safely even indoors.

Finally, there were three shotgun models: the Benelli M3T with folding stock (only semi-automatic operation) in 12/76 gauge, the Beretta RS202 in 12/70 gauge (pump operation) and the Fabarm STF / 12 Compact (pump operation) ), equipped with a sled picatinny, in 12/76 gauge. These weapons are mainly used by raiders with the qualification of Breacher, that is, those who create breaches in a building and ensure, to the detachment, access to it. 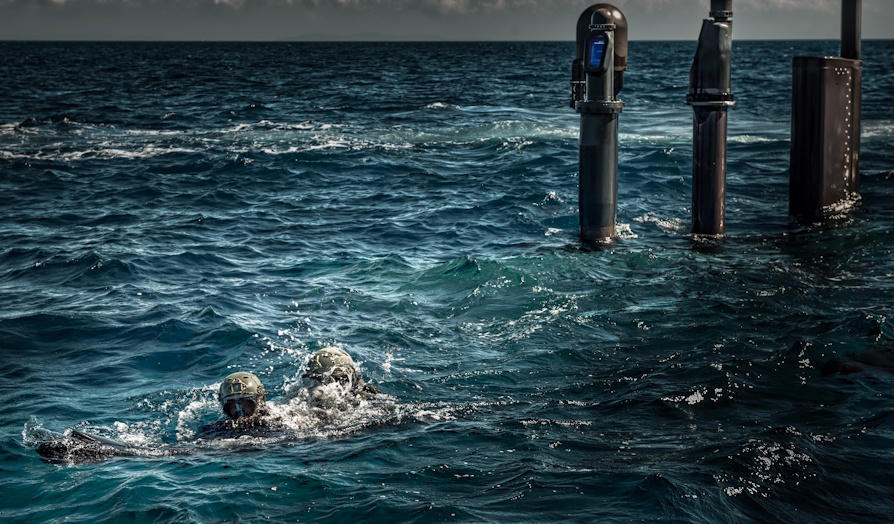 During the visit to COMSUBIN we had the opportunity to interview the commander of the Underwater Group of ...
2048
Read

The news of the creation within the CIA of a department dedicated to China1 did not surprise the ...
4594
Read

Some clarifications regarding the article on COFS

As we anticipated, our writings have attracted some criticism. Few indeed and pretentious. There is...
9913
Read 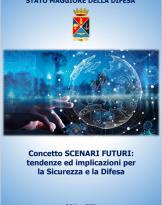 With this title, a few months ago, the document came out which, born from the application of the so-called Open Innovation ...
1683
Read 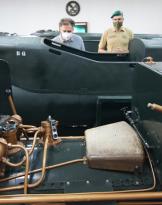 “The Soldier as such is at the service of the Nation and is extraneous to ideologies and partisan commitments; the...
4698
Read

Established in Rome on 1 December 2004 (at the Francesco Baracca barracks), the COFS (Joint Force Command for ...
24708
Read

What is a Special Operation

With this article we open a chain of services dedicated to Special Operations. The choice might seem like a ...
11310
Read

Australian Prime Minister Scott Morrison is expected to announce, shortly, the abandonment of the contract awarded to ...
7349
Read

Last night, unknown persons entered the war cemetery of Nettuno, dedicated to the marines of the battalion ...
2504
Read