China: the new space vector in two stages and hypersonic 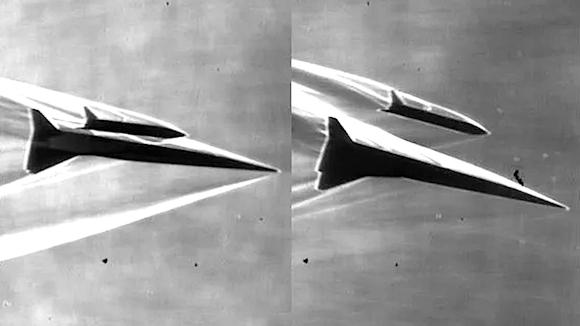 We had already reported this last May (v.link1) of the successful test of the first hypersonic Chinese aircraft in the world.

The "Jiageng 1", developed by the Xiamen University after an experiment lasting more than ten years, had successfully carried out its first test flight on the Gobi desert.

Equipped with a propulsion obtained with two layers of shock waves - one under the belly and the other in the air intake duct to the engine - the Jiageng 1 had reached the height of 26 km and after having successfully performed some maneuvers in "hypersonic environment", alternating supersonic flight with hypersonic flight, had returned to the base without problems.

Now, after a few months, China confirms its commitment to the development of hypersonic technologies, and announces that it has made an important step forward in the development plans of a two-stage aerospace carrier capable of transporting very heavy payloads into space .

Wind tunnel simulations, according to reports from the Chinese aerospace aerodynamics academy2 - (subsidiary of the state contractor China Aerospace Science and Technology Corporation) -, confirmed the prototype's ability to perform a flight during which the two stages separated without problems to continue along divergent trajectories.

"The experiment provided a very useful methodology for the future development of the aerospace aircraft on a technological level," the academy commented in a post re-launched by the South China Morning Post3 and "represents the fusion of aeronautical and astronautical technologies".

The plane, with a shape similar to the DF-174, will in fact be able, at the end of the experiment, to take off like a conventional aircraft carrying on the back a second smaller carrier that at a certain point will detach itself from the mother shuttle with its own load towards the chosen destination. At the end of the respective missions, both carriers will then be able to return to the airport like any commercial plane.

The possible future uses of such a technology appear evident from now on.

In the space field, aimed at the construction of the announced Chinese space station, which should be completed in the 2022, destined to remain in orbit for ten years with three astronauts on board. The newly tested shuttle will be used for transporting the modules and equipment, but also for astronauts and for rescue missions. 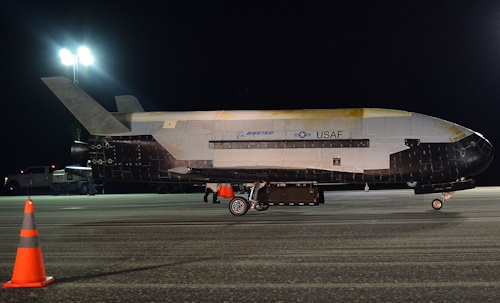 In the military field, for use as a launching platform capable of dramatically extending the possibilities of intervention or for suborbital reconnaissance.

The US has long been busy with the development of the Boeing X-375 Orbital Test Vehicle, in the creation of a carrier with similar aerospace capabilities.

The last mission of X-37, the longest, ended just a few days ago, the 27 October 2019, after 779 days in orbit, reached with a Falcon rocket launcher made by Elon Musk's Space X.

Space, on the other hand, as repeatedly written on these pages, constitutes a ground of bitter confrontation for Washington and Beijing.

A new operational domain is now part of the strategic competition between China and the United States, both in the military and civil sectors.

The United States has set up a dedicated Command, the US Space Command6, while China has established a strategic support force7 with the task of conducting operations in the "outer space".

In a white paper published in the 2016, the Chinese government outlined some of its upcoming missions including sending a probe to Mars, building a permanent space station and landing astronauts on the moon within the next 5-10 years.

An ambitious plan, which obviously does not appeal to the US government, which since the 2013 prohibits NASA from cooperating with China.

Last week the news of the exclusion of Chinese delegates from the 70 international astronautics conference was announced8, held in Washington from the 21 to the 25 October.

In the opening speech, Vice President Pence reiterated that US collaboration in space can only be with "like-minded nations, who love freedom".

The shipyards of Riva Trigoso have put the tenth example of the FREMM Class (Multi European Frigates ...
1277
Read 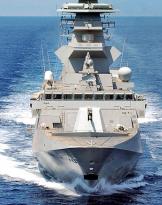 The Navy is ready to launch the program for the new TESEO MK2 / E EVOLVED missile (project financed with ...
5926
Read

Recent operational theaters, such as Afghanistan, Iraq and Syria, have highlighted how western forces ...
8951
Read

Today the long-awaited (perhaps too much) Berlin Conference on the Libyan question will begin, which has a specific purpose ...
4016
Read

Getting back into the game by dressing the stars after years of leave could be a healthy and useful alternative for ...
7414
Read

Modern air defense systems have had a very high degree of evolution, thanks to the application of ...
4463
Read

The operational situations that are emerging, in international scenarios, force the armies of nations ...
8931
Read