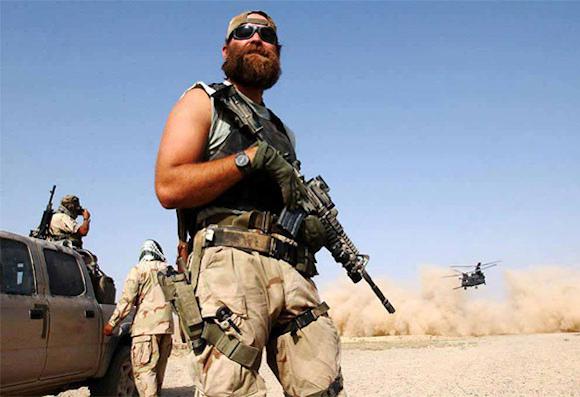 The 1st Detachment of Special Operations "DELTA" - in the environment, operators are called d-boy - it is certainly one of the best special forces units in the world. Since 11 September she has been employed in Afghanistan against Taliban militias, in Iraq to capture the hierarchies of the Ba'th party who have gone into hiding, as well as various missions carried out in other crisis theaters where Washington forces were not involved.

Just the war on terror led the Delta Force and the Green Berets (photo opening) to overlap in the missions, without making any distinction based on the type of target; moreover, many Delta operators come from the ranks of the special forcestherefore cooperation has always been close.

This has often led, especially by the media, to confuse the detachments, also due to the confidentiality that the special operations cover.

In fact, when the involvement of the American Forces in Iraq began to wane, the new commander of the US Army's Special Warfare Center and School, Major General Bennet S. Sacolick - the place where all the soldiers of the Special Forces - made the point to make a distinction between the operators of the Delta and the Green Berets.

As can be seen from his declaration: “We were not created to hunt people down and kill them. We have this ability and we have specialized forces in this. But in the end what we do, which nobody else does, is interact with our allies ".

So, to clarify, it is possible to indicate 4 distinctive aspects:

In fact, the veil of secrecy had already fallen with the fundamental work of Mark Bowden, centered on the night of fierce fighting in Mogadishu, Somalia, on October 18th 1993, and which later became the book "Black Hawk Down". Delta Force played a prominent role in that work and in the film that followed. 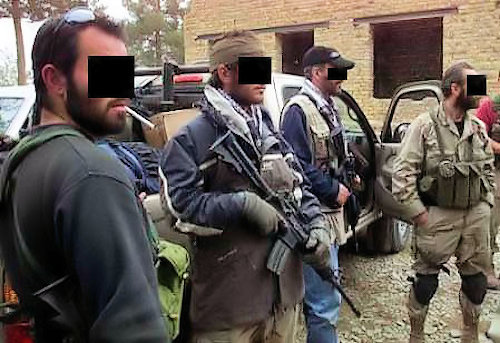 Previously, Delta Force had been considered a secret unit, its members had signed legally binding agreements, which included imprisonment if they spoke about the Delta. Known as the "Tier 1" special operations unit, Delta, together with the SEAL Team Six, was to remain unknown to the public.

Green Berets, on the other hand, are considered Tier 2 or "white SOF" level, with many missions that are known to the public and even encourage media coverage. Of course, Green Berets often operate in secret, but unlike the Delta, their existence is not denied by the Pentagon.

Then the Army Special Forces, later known as the Green Berets, were created with the main mission of what would later be called "unconventional war", namely the secret assistance of foreign resistance forces and the subversion of the local governments in order to preserve American interests in the world.

"Unconventional war missions allow US Army soldiers to sneak into a country and build relationships with the local militia", according to the US Army. "Special Forces operators train the militia in a variety of tactics, including subversion, sabotage, information gathering and unconventional combat techniques, which can be employed against enemy threats".

According to Sean Naylor's "Relentless Strike" - which chronicles the formation of the Joint Special Operations Command (USSOCOM) which includes Green Berets, Delta, SEAL Team and other special units - Delta's primary mission was to perform "small, high-intensity operations. short duration "such as raids and capture missions. Delta operators certainly know how to advise and work with foreign guerrilla groups - as they did during operations in Tora Bora in Afghanistan - however this is not their main mission, unlike the Green Berets.

Above all, Beckwith adopted a so-called "evaluation and selection" scheme that closely aligned with how the British selected their best candidates. Delta operators must have a length of service, and be at least an E4. (with more than two years of seniority).

From what the former operators said, the selection is brutal. One phase of the training is set in the mountains of West Virginia, where candidates are given vague instructions, after which they must make a journey of several miles in a predetermined time, without food and water. The psychological aspect of the candidates is put to the test in order to select the most suitable operators.

Green Berets, on the other hand, have a fairly standard selection (that doesn't mean it's easy) and training, nicknamed the Course Q, culminates in a great tutorial called "Robin Sage".

The point of the "Robin Sage" is to put the aspiring green cap in a simulated scenario of unconventional war, to see how it could adapt to a constantly changing environment and carry out its mission.

The Delta is a small elite unit specializing in direct missions and counter-terrorism operations (such as those aimed at the release of hostages).

It was the SF detachments that infiltrated Afghanistan in the aftermath of September 11, to make contact with the Northern Alliance and to overthrow the Taliban regime.

The Delta, on the other hand, has a much smaller structure, with estimates ranging from 1.000 to 1.500 operators, divided into four assault squadrons and three support squadrons. Naylor's "Relentless Strike" even suggests that Delta may have women in its ranks to help infiltrate operators in foreign countries for reconnaissance missions.

It is also true that since their creation Special Forces they have kept their main mission almost unchanged, which remains that of training and assisting rebel forces fighting with the central power of a state, in order to prevail Washington's strategic interests.

It is now clear that relations between Italy and the United Arab Emirates are at an all-time low. One of the last acts ...
130
Read