Athens wants to buy F-35As from the USA 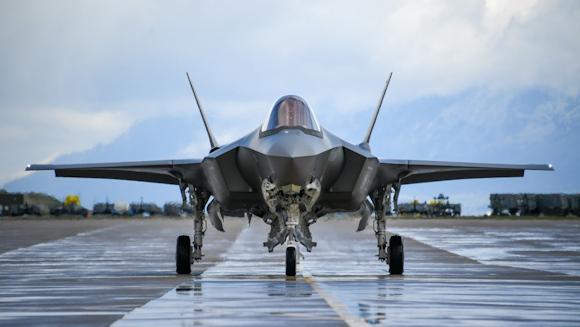 Last October, the Greek newspaper Estia reported that the possibility of purchasing F-35A aircraft for the Greek Air Force had been discussed during Secretary of State Mike Pompeo's official visit to Greece.

It was also learned that, in the event of a successful conclusion of the deal, six aircraft, taken from a batch previously ordered from Turkey (Ankara was excluded from the F-35 program, following the purchase of the Russian S surface-to-air system -400), could be delivered very quickly.

It would also seem, according to the same newspaper, that Pompeo would have negotiated with the Government of Athens the transfer of the Turkish base of Incirlik to a base on the island of Crete of an unspecified number of B-61 tactical nuclear bombs, made available of NATO from the United States, with the double key system.

On November 16, the weekly Proto Thema has published the news of the sending of an official letter of request from the Greek Ministry of Defense to the Trump Administration for the acquisition of 18/24 F-35As.

"The decision to include Greece in the 5th Generation F-35 fighter program will be based on various factors such as the aircraft delivery schedule, reimbursement schedule, aircraft configuration and a possible combination to get a total from 18/24 machines (new or used by the US Air Force, if available) ", Theodoros Lagios, Director General of Armaments and Investments of the Greek Ministry of Defense, said in this letter.

Adding that "An immediate response will be appreciated because due to internal budgetary provisions and European deficit rules, it is essential that the first F-35s are delivered in 2021". 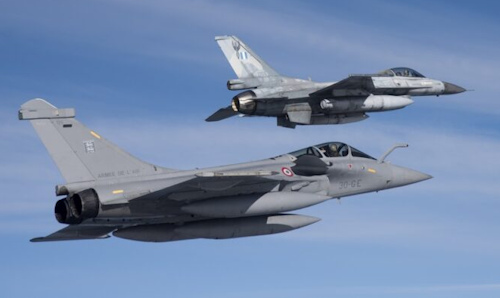 At the press conference in September, held in Thessaloniki, Greek Prime Minister Kyriakos Mitsotakis did not mention the possible purchase of the F-35s, but spoke of the 18 Gust (12 of which to be taken from the Armée del'Air fleet), suggesting that the first French fighters will be delivered by mid-2021.

“The choice of the Rafale is made - and I want to underline it - because we already have French planes (Mirage F-1 and Mirage 2000). We therefore had the opportunity to significantly strengthen our aviation. It is very easy for a Mirage pilot to be trained to fly the Rafale. In other words, we wouldn't start from scratch ", premier Mitsotakis said.

Although no contract has yet been signed for the delivery of these 18 Gust, this acquisition project does not appear to be questioned.

"With the immediate acquisition of a squadron of 18/24 F-35A fighters, as well as the purchase of 18 French fighters Gust, the Greek government is trying to compensate for the imbalance of strength with Turkey, "the weekly commented Proto Thema.

Greece could become a flagship market for Lockheed Martin, which has already secured a contract to upgrade 85 F-16 aircraft to standard Viper and to deliver, through its subsidiary Sikorsky, seven MH-60R helicopters Seahawk to the Greek Navy.

Furthermore, the American group is also very well positioned to obtain the order of four MMSC-type frigates (multi-mission surface fighters), derived from the ships of the class Freedom. Ships, however, far from living up to the expectations that the US Navy had placed in them.

The latest news about the movements of Russian troops towards Crimea speak of three regiments of the VDV (Vozdušno -...
4810
Read 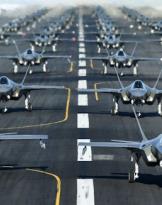