Marines need more equipment for the war against China 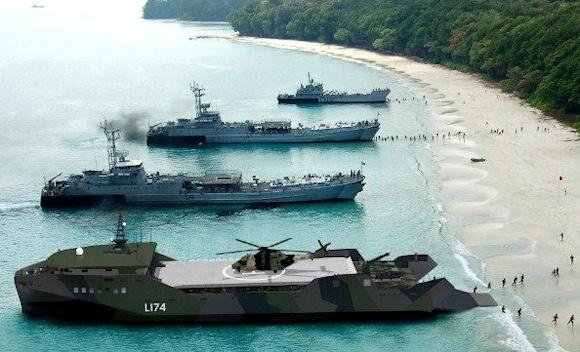 Il marine corps of the United States has long been engaged in a structural / material revolution to be ready for the next, and very likely, war against China.

As we wrote earlier, the Marines have decommissioned the heavy component (for a total of 7 M-1A1 tank companies), favoring towed and multi-tube artillery, as well as acquiring the latest generation missile systems.

However, naval transport remains a fundamental node of this transformation. In this regard, the plans of the marines provide for the construction of a first light amphibious unit by 2023, with a load capacity of approximately 3.000 / 4.000 tons.

It is therefore a type of ship capable of moving quickly and stealthily among the hundreds of islets of the archipelagos in the South China Sea, or the future theater of war between China and the United States.

The amphibious force embarked will be equal to about two platoons (75 marines), equipped with high-tech weapon systems and sensors (such as loitering ammunition, anti-ship missiles /land attack, A / A systems etc.). The task would be to attack the coastal areas of the islands, creating A2 / AD bubbles, thus preventing Chinese forces from entering the theater. 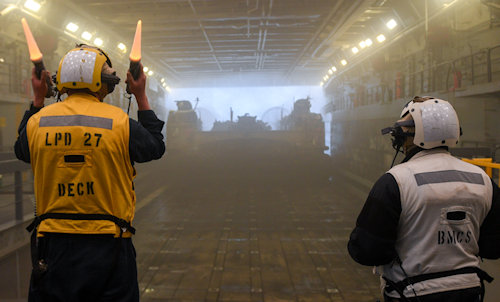 The Marines wouldn't necessarily be alone. The other amphibious units, of much higher tonnage (such as the LPDs of the class San Antonio), would provide remote support. We remind readers that the Chinese have anti-ship hypersonic ballistic missiles, such as the DF-17 and DF-21 (equipped with both nuclear and conventional warheads).

Thus, a light amphibious assault ship would fill the gaps between larger units (LHD / LPD), "easy" targets for Chinese missile systems and vehicles such as LCAC / LCU, with insufficient load capacity and range.

Last month, the Corps officially set up its first marine regiment for coastal combat: the 3rd littoral marine regiment. This department will be divided into EABO (Expeditionary Advanced Base Operations) detachments ranging from 75 to 100 navies.

The roles they will be called upon to play are manifold: some EABO units will conduct attack missions on land and sea targets; others will create refueling and logistics points; some will perform jamming, reconnaissance and more. Obviously all missions will be interchangeable within platoons.

The Marine Corps highlighted four key systems that will be sent to the South Pacific to support EABO operations. 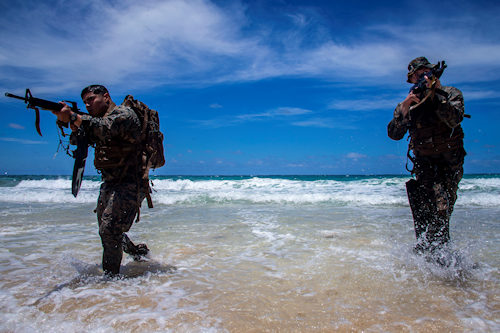 The first is the NMESIS (Navy Marine Expeditionary Ship Interdiction System - photo below), for long range attacks. The system consists of a naval concept attack missile (the Norwegian Kongsberg NSM) launched by a new 4x4 vehicle (capable of being controlled remotely) and by the HIMARS. EABO units with NMESIS would be able to conduct anti-ship strikes - or even gain control of the sea with the mere threat of being able to strike enemy ships - directly from the beaches.

The second is the MQ-9A UAV aircraft Reaper for long-range ISR (intelligence, surveillance and reconnaissance) missions. The Reaper it will allow you to "read" the operational situation on the ground and transmit its findings to the commanders of the joint forces in the theater or even directly to the marines with the NMESIS in order to act immediately.

The third is the Ground / Air Task Oriented Radar, or G / ATOR, a system that will be part of the communication architecture to allow the sharing of data between various EABO units and with the major naval force of the VII Fleet.

The fourth, finally, would be a ship with logistical functions, unmanned, directly controlled by the marines capable of supplying the EABOs.

These capabilities will likely have a significant effect on China's A2 / AD bubbles, inter alia preventing Beijing's forces from having accurate tracking of American units within the island chain that characterizes the South China Sea. 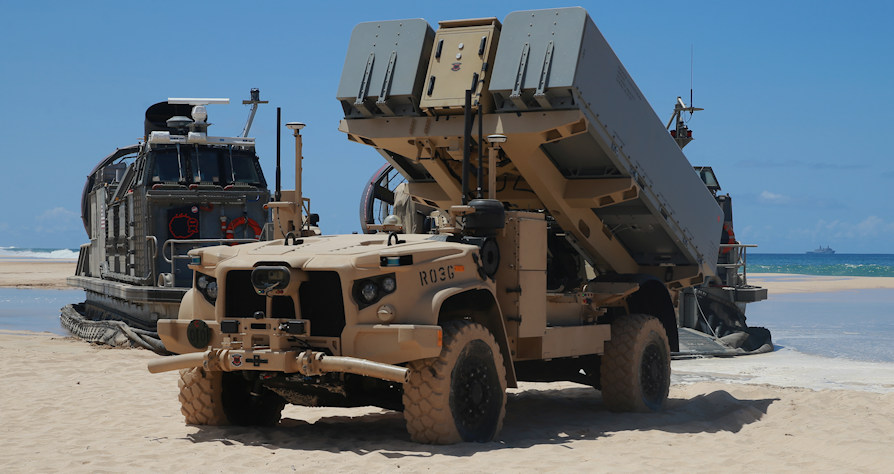 A Pakistani court has summoned the heads of all past and current governments, including the former military governor ...
73
Read

The experience gained on the ground, in the last two decades, by the Italian military personnel engaged in the missions ...
12608
Read

After the decommissioning of the M551 Sheridan tank, which took place in the mid-90s of the last century, the US Army ...
16344
Read

The director of the Kredmash mechanical plant in Kremenchuk would have confirmed (source Komsomol'skaja Pravda) that ...
7765
Read

For a long time, Difesa Online has emphasized the importance of acquiring (and maintaining) artillery pieces, monotube and ...
22705
Read

British Army Chief of Staff Sir Patrick Sanders says the invasion of Ukraine by the ...
12812
Read