Home Military world The Harpoons give the Ukrainians their da ... 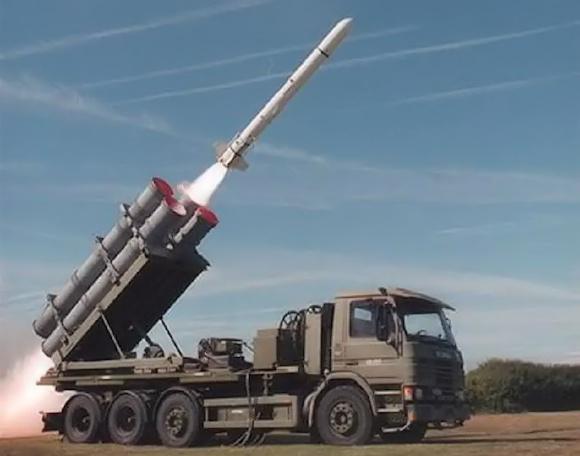 To circumvent the restrictions imposed by Congress, the Biden Administration employs its allies to supply increasingly sophisticated weapons to Ukrainians.

This is the case with anti-ship missiles Harpoon, purchased long ago from Denmark and now sent to Kiev.

We are talking about the RGM-84L Harpoon Block II. Developed since 1996, and funded by Denmark, the first launch took place in 2001.

It is a missile (maximum range 220 km) designed for operations in a coastal environment, that is, a context formed by the set of a sea, coast and inland area for a depth of up to 50 miles. It is an environment characterized by many ships of various kinds and belonging, as well as by the proximity of the mainland which creates great difficulties for seeker of missiles.

Compared to previous versions, theHarpoon Block II has improved capabilities for attacking naval units but is also capable of hitting coastal targets (such as those in the Crimean Peninsula). The presence of a data-link allows you to receive in-flight updates on the position of the target, in order to use the on-board radar for less time and on a smaller search area (in this way the possibility for the target to track it is also reduced) .

One of the peculiar characteristics ofHarpoon Block II is the ability to attack naval targets in coastal areas. These are very difficult targets as missile guidance systems have difficulty in recognizing the target due to the land and coastal conformation.

This version is equipped with the INS / GPS navigation system (to be clear the same as the JDAM). The system is used to drive the Harpoon against land targets, ships in port (with a 10/15 meter CEP) and ships on the high seas. In the latter case, the final guide is managed by a radar characterized by high resistance to ECM and optimized for the coastal environment.

The advantage of using the INS / GPS guidance system, for the entire phase of attack on fixed targets, lies in making the weapon completely “passive”, therefore extremely difficult to detect.

With the'Harpoon Block II the Ukrainians will significantly increase their ability to target Russian shipping, not only in the Black Sea.

After the decommissioning of the M551 Sheridan tank, which took place in the mid-90s of the last century, the US Army ...
788
Read

The director of the Kredmash mechanical plant in Kremenchuk would have confirmed (source Komsomol'skaja Pravda) that ...
4158
Read

On June 6, with two separate ceremonies at the Fort Wainwright and Elmendorf-Richardson bases, she was reactivated in ...
8014
Read

For a long time, Difesa Online has emphasized the importance of acquiring (and maintaining) artillery pieces, monotube and ...
21540
Read

British Army Chief of Staff Sir Patrick Sanders says the invasion of Ukraine by the ...
11530
Read

During the last world war the Panzerkampfwagen V Panther, having solved the initial mechanical problems, was ...
26781
Read