Italian aircraft on the Romanian-Ukrainian border 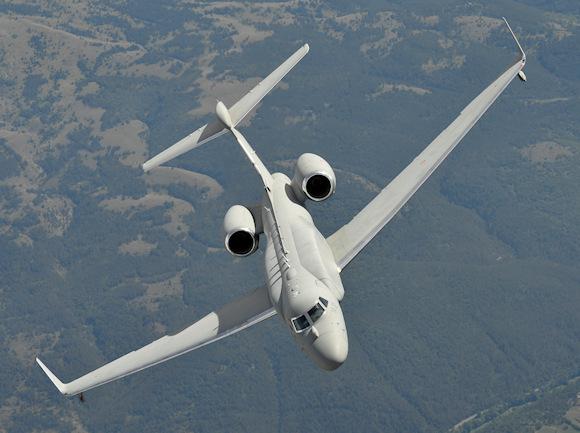 In these two weeks of war, the activities of the air forces of the countries of the Alliance were not lacking. The Air Force is also active in the region, not only with the Typhoon deployed in Romania but also with other types of aircraft.

Currently, the Italian Air Force has two Gulfstream G550 CAEW (Conformal Airborne Early Warning) detection and early warning aircraft, which were delivered in 2016 and 2018. Italy has received these aircraft (along with satellite technology) in exchange for sale of 30 Aermacchi M-346 trainers to Israel.

One of these is on an aerial surveillance mission along the Romanian-Ukrainian border, with the aim of monitoring the activities of Russian forces in the area. Furthermore, the information acquired by the Gulfstream, thanks to the sensors with which it is equipped, they are analyzed and "fused" automatically, allowing a rapid and accurate acquisition and identification of the objectives, target acquisition e target informationn - at the center of the function of Early Warning real - with the added advantage of greater radar coverage thanks to the sensor airborne.

The NATO apparatus in Romania becomes more and more consistent day by day, a possible Russian attack on Moldova is likely to be foreseen. We remind you that the American AEGIS system is present on the Romanian territory with SM-6 anti MRBM missiles, inserted in VLS Mk.41 cells (the same as those embarked on US Navy cruisers) which, if necessary, could also host missiles from cruise Tomahawk.

For a long time, Difesa Online has emphasized the importance of acquiring (and maintaining) artillery pieces, monotube and ...
963
Read

British Army Chief of Staff Sir Patrick Sanders says the invasion of Ukraine by the ...
5959
Read

During the last world war the Panzerkampfwagen V Panther, having solved the initial mechanical problems, was ...
24983
Read

The conflict in Ukraine has "distracted" the magazine in recent months from continuing to deal with issues relating to the ...
6794
Read

A few weeks ago we mentioned how serious games (and among them war games) can help to understand ...
1763
Read