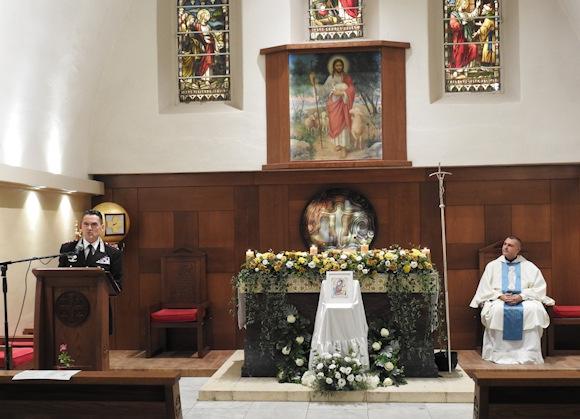 There is no place where the soldiers of the Carabinieri do not celebrate their patron saint and protector. Even in Palestine the carabinieri paid homage to the Virgo Fidelis in the chapel of the “Terra Santa School” in Jericho.

The Holy Mass was officiated by Father Mario Hadchity, in which, in addition to all the personnel of the contingent of the Miadit mission and the commander, Colonel Marco Di Stefano, local civil, military and religious authorities participated, including the assistant consul Dr. Alice Amoriello.

Father Mario's homily was touching, which emphasized the deep spirit of fidelity of the carabinieri and the bond that unites them to Virgo Fidelis their patroness.

Immediately after, the col. Di Stefano recalled, in his speech, that the "Orphan's Day" is also celebrated on November 21, underlining the great assistance work carried out by the ONAOMAC (National Assistance Work for the military orphans of the Carabinieri) founded May 15, 1948. The moral entity which does not receive any state contribution, in the course of its existence it has allowed more than a thousand young people to graduate and over five thousand to obtain a diploma. The senior officer then took the opportunity to thank those "carabinieri without frogs" (family members) who every day are close to all the soldiers of the Arma in Italy and abroad, highlighting a deep emotion and emotion in remembering that it will be his last ceremony of the Virgo Fidelis on duty, due to his age limit leave being scheduled for next September.

The celebration of the Virgo Fidelis dates back to 1949 when Pope Pius XII officially set the date as November 21st, while the title of Virgo Fidelis attributed to the Blessed Virgin Mary, it was proposed by the military chaplains of the Arma and by the Military Ordinariate for Italy to recall the famous motto of the Arma "In the faithful centuries". 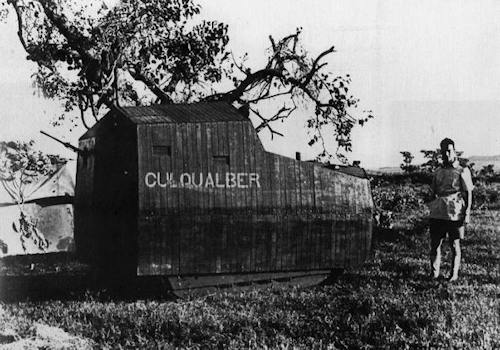 The date of November 21, 1941 celebrates the sacrifice of the mobilized 1st Carabinieri Battalion which defended the stronghold of Culquaber (East Africa) up to the extreme sacrifice and for this reason the second gold medal for military valor was granted to the flag of the Arma. with the following motivation: “Glorious veteran of bloody war trials, destined to reinforce a stronghold of vital importance, he became the architect of epic resistance there. Firmly prepared to defend the impervious sector entrusted to him, for three months he faced with indomitable valor the violent aggression of preponderant fierce forces that he contained and sheltered with daring counter-offensive acts contributing decisively to the vigorous resistance of the entire cornerstone, and finally, after harsh days of alternating events, to mark, for the last time in the land of Africa, the victory of our arms. When the crisis was outlined, determined to make the supreme sacrifice, he joined the defensive stands firmly and fought them against the overwhelming opponent in a bloody unequal hand-to-hand fight in which the commander and the carabinieri merged into a single heroic symbolic block of the Italic virtues, immolating their lives perpetuating the glorious traditions of the weapon ".

The religious ceremony ended with the recitation of the prayer of the carabiniere which aroused, as always, deep emotion in the participants.

Afterwards, in a brief convivial moment, the deputy consul also wanted to address a greeting and thanks to the carabinieri who in Italy and abroad in long and short-term missions carry out their service with a spirit of self-denial and loyalty to the institutions, recalling that in all the diplomatic representations of the world the soldiers of the weapon are present with different tasks. 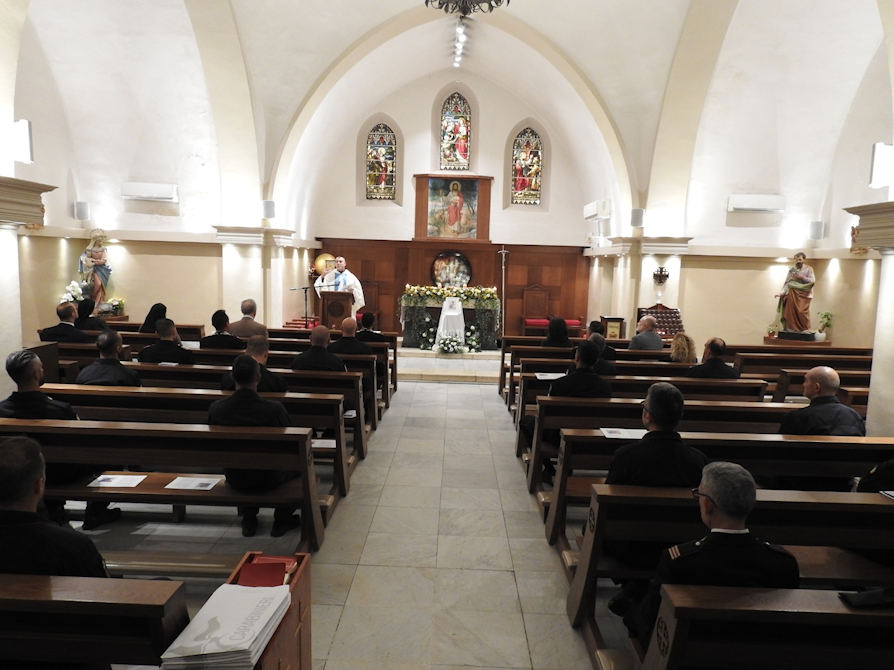 While Europe is focused on the war in Ukraine these days, the tension that arose from the official visit ...
949
Read

With the eyes of the world on the Ukrainian war, it is often forgotten that there are other outbreaks ready to explode ...
5508
Read 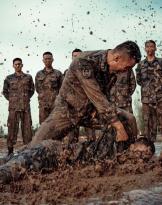 The eventual confrontation between Taiwan and China immediately brings to mind the biblical story of David versus Goliath. Therefore...
16997
Read 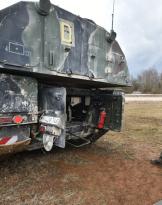 Immediately after finishing crew training, towards the end of June, Germany handed over to Ukraine ...
82233
Read 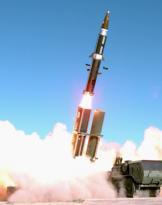 With the hypersonic the Marines are preparing to face China 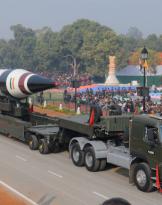 India and the strategic confrontation with China

The launch of the Agni V, last October, allows India a further step towards the status of ...
5726
Read 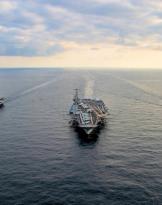 For some time, in the world of military analysts, the thought has been circulating that, given the great proliferation of ...
35749
Read 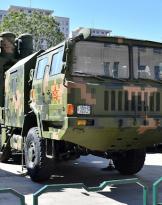 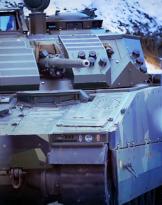 The government of the Czech Republic has decided to adopt the CV-90 (first 2 photos) as an armored combat vehicle ...
10479
Read 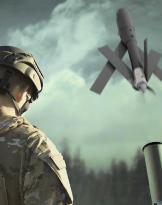 Ukraine has called on foreign arms manufacturers to use Ukraine as a place to test new weapons under conditions ...
7686
Read