Home Industry Vard: 2 support vessels for the sector and o ... 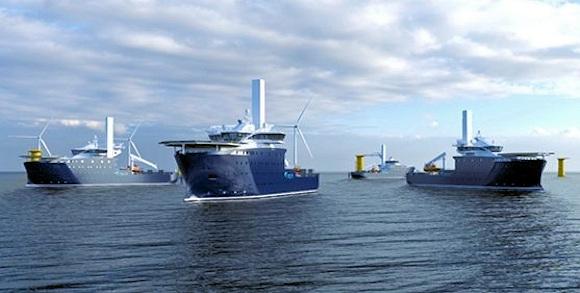 Vard, one of the first companies in the world in the construction of special vessels, has signed the contract, with a total indicative value of approximately 100 million euros, for the design and construction of 2 Construction Service Operation Vessels (CSOV) for the Norwegian company Rem Offshore. The agreement also provides the option for an additional 2 units.

The units will be built for support and maintenance operations in offshore wind farms around the world based on the Vard 4 19 design, a highly versatile platform that stands out for on-board logistics, safety and on-board comfort.

The first ship will be delivered by Vard in Norway in the first half of 2023. The hull will be built at the Braila shipyard in Romania. The second ship will instead be built and delivered at the Vung Tau shipyard in Vietnam, with delivery scheduled for 2024.

With a length of 85 meters and a width of 19,5, the units will be equipped with a mobile walkway, with elevator, compensated for wave motion, a system for the transfer from the boat with adjustable height and a crane with 3D compensation for handling of the load. They can accommodate 120 people.

Giuseppe Bono, CEO of Fincantieri, said: “A few months after another important order in the offshore renewable energy sector, this new contract testifies once again to Fincantieri's commitment to decarbonisation, which is achieved through agreements with leading partners and operators on a global level. In a market that requires units capable of operating guaranteeing the highest standards in terms of limiting environmental impact, our Group today further strengthens its leadership in terms of design innovation, technologies used and construction quality of the products ".

Last April Vard signed a contract for the construction of 3 SOV units destined to serve the wind farm of Dogger Bank, in the North Sea, which once completed will be the largest in the world and on which the activities of some of the major operators in the sector in the world. Having also developed numerous concepts of this type of unit, Vard will be able to take advantage of the growing trend of the sector, in which important activities are emerging that are preparing to be launched both in Asia and in North America, in addition to a still high level of investments in Europe. .

- A data-driven approach to design and manufacturing processes. This is the new model launched by ...
499
Read

The German armaments giant has formalized the offer to Leonardo for the acquisition of 49% of the shares ...
13122
Read

Leonardo today announced a further expansion of the AW139 twin-engine helicopter fleet in Australia with a ...
405
Read

Elettronica SpA has acquired 70% of EltHub, a newco established by G&A Engineering Srl with the contribution of its ...
461
Read