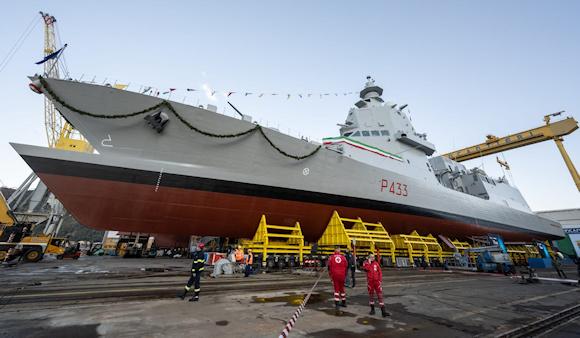 The launch of the "Marcantonio Colonna" Multipurpose Offshore Patrol Vessel (PPA) took place at the Riva Trigoso (Genoa) plant, the fifth of seven units that will all be built at the Integrated Shipyard of Riva Trigoso and Muggiano with deliveries scheduled until 2026.

The PPAs are part of the renewal plan of the operational lines of the naval units of the Navy, decided by the Government and Parliament and launched in May 2015 under the aegis of OCCAR (Organization for Joint Co-operation in Armaments).

Present were, among others, the Undersecretary of State for Defense Matteo Perego di Cremnago, the President of the Liguria Region, Giovanni Toti, the Chief of Staff of the Navy, Team Admiral Enrico Credendino, the Director of OCCAR, Chief Inspector Admiral Matteo Bisceglia, welcomed by General Claudio Graziano and by Dr. Pierroberto Folgiero, respectively president and chief executive officer of Fincantieri, as well as the general manager of Military Ships Division of the group dr. Dario Deste.

Marcantonio Colonna, who lived between 1535 and 1584, was one of the most illustrious land and sea captains of the 1571th century, also protagonist of the battle of Lepanto in XNUMX. The godmother of the launch was Jeanne Colonna Pavoncelli, descendant of the distinguished family. 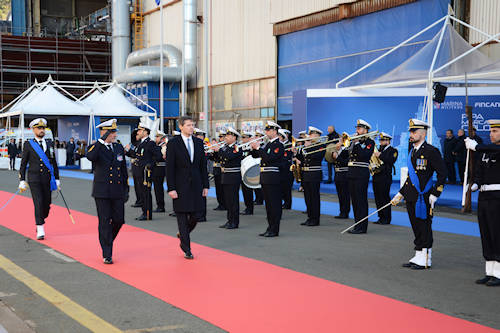 Undersecretary of State for Defense Matteo Perego of Cremnago said: “It is a very important day for this extraordinary territory and for Italy, for national industry and for small and medium-sized enterprises, both in terms of employment and investments. Thanks to Fincantieri and related companies for the great technical and innovative value that today make the defense system take a further step forward in the process of modernization of the operational lines of the Navy units" - continued the undersecretary, who added - "Taking steps forward in strategic dimensions like this for national defense and security means taking steps forward for our country and for our citizens". 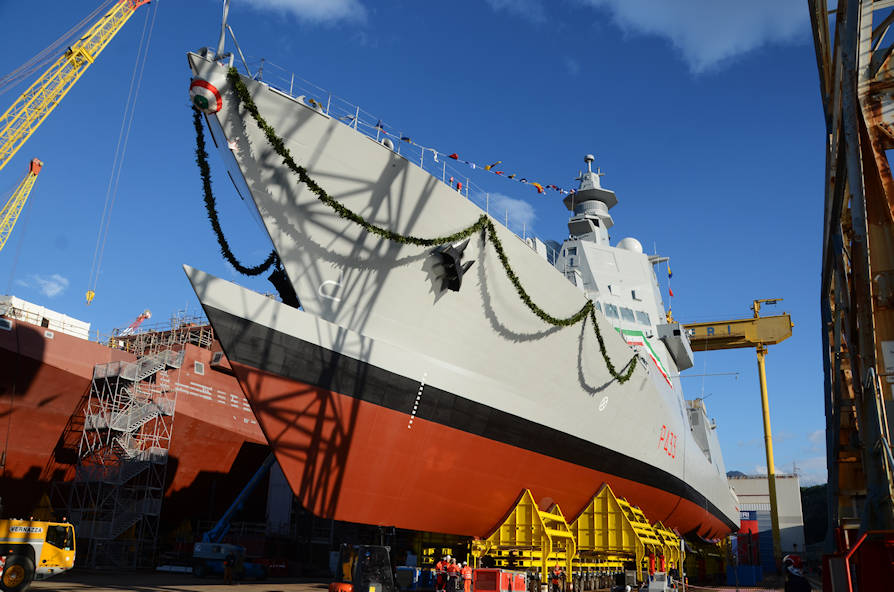