Home Industry Unmanned technologies at the heart of the presen ...

Unmanned technologies at the center of Leonardo's presence at UMEX 2022 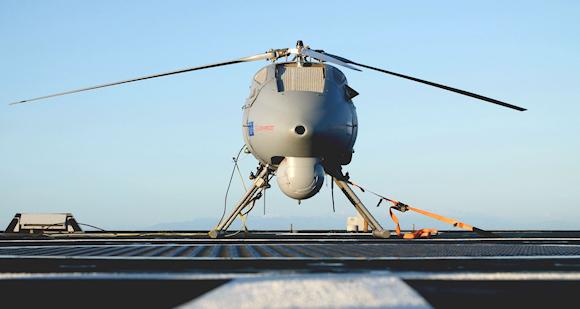 Leonardo (stand 04-B10) participates for the third time in UMEX (Unmanned Systems Exhibition & Conference), an exhibition dedicated to drones, Artificial Intelligence and robotics, starting today in Abu Dhabi in the United Arab Emirates.
Leonardo is the only European company able to provide complete solutions based on remotely piloted systems for civilian and military customers, guaranteeing the safe management of airspace. Member of important international collaborations, such as the Eurodrone program, the company has a broad portfolio of technological solutions that include fixed and rotary wing platforms, mission systems and ground control stations, sensors, platforms for drone air traffic management. , training services and anti-drone systems (Counter-Unmanned Aerial Systems - C-UAS).

"The Emirates are a country that attaches great importance to innovation - explained Vincenzo Romano, General Manager of Leonardo in the United Arab Emirates -, and it is for this reason that Leonardo continues to support, with its advanced technologies, daily activities that take place on the territory in sectors such as security, air transport and naval. The field of drones, where Leonardo is active with platforms tested in operational scenarios, can further expand the opportunities for mutual collaboration ". The company has a branch in Abu Dhabi and has been offering its technologies to serve the country since the 70s, including more than 100 helicopters, naval systems, secure communications, space technologies and training aircraft, including the Aermacchi MB-339. chosen for the Emirati national acrobatic team Al Fursan. 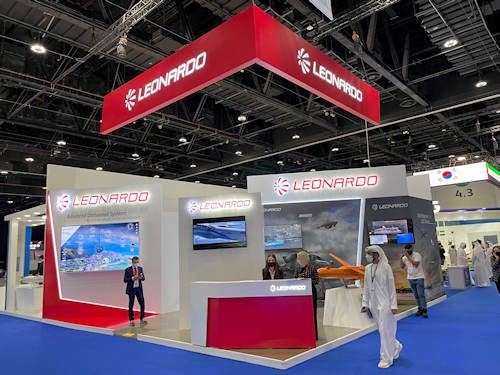 At UMEX Leonardo promotes his Ruas (Rotary Unmanned Air System) AWHERO, dual use platform to carry out civil and military missions, day and night, on land and sea. In October 2021, the AWHERO received basic military certification from the DAAA (Directorate of Aeronautical Armaments and Airworthiness). This is the world's first military certification for an aircraft with these characteristics in the 200 kg weight class. On board the aircraft, integration and testing of sensors and mission equipment are underway.

The AWHERO can indeed carry advanced sensors and suites such as radar Ultra-Light Seagull (UL), also on display at the Leonardo stand. With an optimal cost-effectiveness ratio, the UL Seagull is compact and lightweight, making it ideal for both small unmanned aerial vehicles and manned, fixed and rotary wing aircraft. The Seagull Ultra-Light TS-20 and the Seagull Ultra-Light TS-80 are equipped with the entire suite of modes of the sensor family to which they belong, which has been gradually expanded over the course of more than 10 years.
As part of its airborne offer, Leonardo also promotes Osprey, the first multi-domain AESA (Active Electronically Scanned Array) surveillance radar used by 12 international operators for missions ranging from defense, security and civil protection to environmental monitoring and to search and rescue. The radar is currently available in two variants: the compact Osprey 30 and the larger and more powerful Osprey 50.

Also on display is the mirach 40 (M-40), a system used for training the Armed Forces, thanks to the ability to simulate a variety of aircraft, missiles, radar, infrared (IR) and visual threats in realistic scenarios. Developed by Leonardo also integrating commercial components, the M-40 is easily exportable. The M-40 is part of the Mirach family of target drones, which also includes the M-100/5 V2, recently selected in an international competition, while the M-100/5 version was chosen for applications of training by sixteen Armed Forces including Belgium, France, Germany, Italy and the United Kingdom.

Drones to transport drugs, plasma, organs and medical devices. Lazio is one of the first Italian regions to ...
34
Read

On the occasion of the twenty-year operational anniversary of the Joint Organization for Cooperation in the field of Armaments (OCCAR ...
90
Read

Leonardo and Aeroporti di Roma announced, on the occasion of the World ATM Congress which has just ended in Madrid, ...
261
Read