Home Industry The naval fleet of the Guard C is expanding ...

The naval fleet of the Coast Guard expands: the design and construction of a new "green" multi-role ship is underway 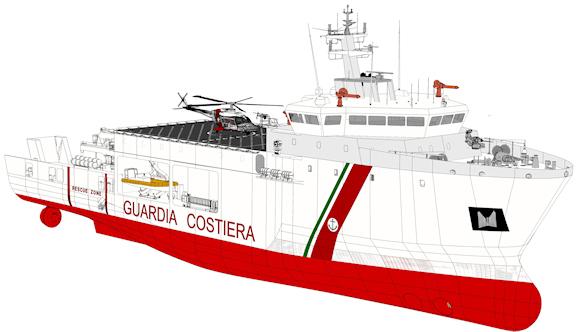 The contract for the design and construction of a multi-role offshore unit (UAM) was signed today in Rome, at the headquarters of the General Command of the Harbor Offices - Coast Guard.

The signing took place between the Commander General, Admiral Inspector Nicola Carlone, and the Chief Executive Officer of Fincantieri, Giuseppe Bono, the latter representing the two companies, Fincantieri and Cantiere Navale Vittoria, which will operate through a temporary grouping of enterprises (RTI).

The project combines the operational needs of the Coast Guard with the experience gained with the ships “Dattilo” and “Diciotti”, delivered by Fincantieri in 2013 and 2014.

The new ship, thanks to its particular characteristics, will be able to carry out the various missions entrusted by the laws of the State to the Coast Guard, from sea rescue to navigation safety, from the protection of the marine environment to that of fish resources, up to get to use in the field of civil protection devices.

The naval unit can be used in long-range offshore missions, with a logistic autonomy of at least 20 days, exceeding 4.800 miles, in which it will be able to take on, thanks to the technologies and advanced communication and discovery systems present on board , also the command and control role for the coordination of air and naval assets in the areas of operation. 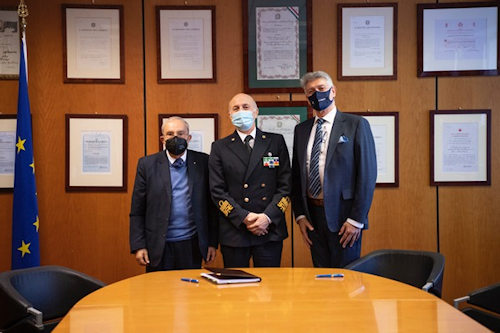 With a total length of about 85 meters, the ship will be characterized by excellent qualities in terms of seakeeping as well as high maneuverability, guaranteed by an azimuth-type electric propulsion system (two azipods) powered by an electrical generation plant and by two bow thrusters for dynamic positioning, which guarantee the environmental sustainability of the ship. The presence of a large working deck with off-shore cranes and a boarding ramp for rotated vehicles, together with the flight deck for the landing and take-off of helicopters, a dedicated rescue zone with relative inflatable boats with rigid keel (Rigid Hull Inflatable Boat), the anti-pollution systems (rec-oil), the hospital area and other equipment, favor the high versatility and the necessary multi-role capacity of the naval unit.

"The Coast Guard is growing in step with the development of Italian shipbuilding" declared Admiral Carlone, Commander General of the Coast Guard, "A necessary development for an organization with a strong technological, professional and operational character that has come to establish itself as an excellence of our country, also recognized internationally".

“A few months - declares Paolo Duò, President of the Vittoria Shipyard - from the delivery of the last units built for the Coast Guard, the flagship of our fleet, the General Command of the Port Authorities has once again recognized our company the know-how gained in the design and construction of military and paramilitary units and we are honored by this . In this new adventure we will be partner of one of the main world players in the shipbuilding industry to which we have been united for some time by an important collaboration relationship. In fact, together with Fincantieri, we will strengthen the operational capabilities of the Port Authority body, guaranteeing, as always, maximum reliability and compliance with the highest quality standards ".

Giuseppe Bono, CEO of Fincantieri, commented: “We are proud to once again be able to help expand and enhance the operational capabilities of our Coast Guard with a ship built to perform a variety of heterogeneous missions. This order, in fact, confirms the great versatility of the Group, which today is able to offer products that respond with the highest technological level on the market to the specific needs of different customers, in each sector in which we operate ". 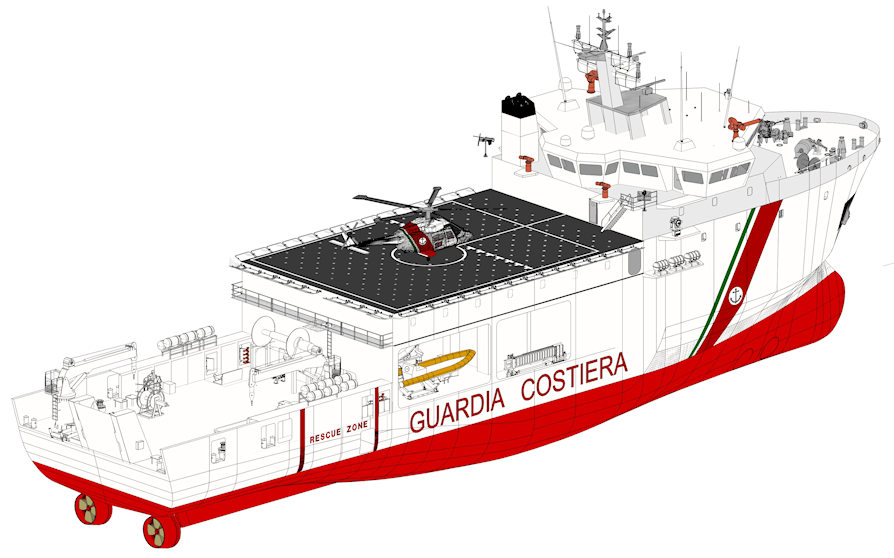 - A data-driven approach to design and manufacturing processes. This is the new model launched by ...
524
Read

The German armaments giant has formalized the offer to Leonardo for the acquisition of 49% of the shares ...
13126
Read