Home Industry Secret defense at Dimdex in Qatar, one of the most ...

Secret Defense at Dimdex in Qatar, one of the largest events in the Defense sector in the Middle East and North Africa 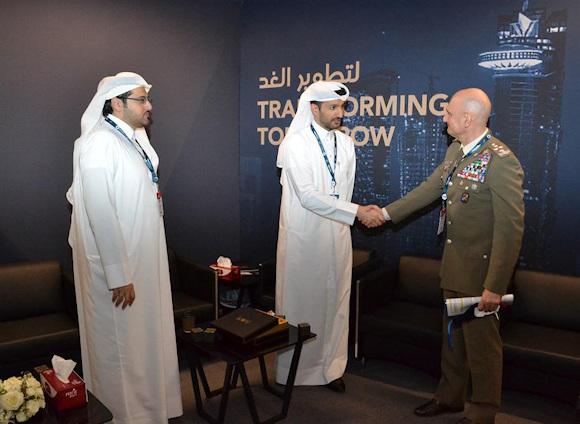 The seventh edition of the Defense International Maritime Exhibition and Conference (Dimdex) took place in Doha from 21 to 23 March 2022. The international exhibition took place at the Qatar national convention center and included 140 exhibitors and numerous military and civilian delegations representing over 90 countries.

Launched in 2008, Dimdex operates as a cooperative chain, connecting naval and defense professionals to foster trade deals, showcasing cutting-edge technologies and providing advice with the goal of supporting stability around the world.

In the edition that has just ended, state-of-the-art solutions in the field of defense, security and aerospace and systems for the protection and management of civil infrastructure operations, such as airports, ports, oil platforms and sports facilities, were shown. which will host the World Cup competitions that will take place in Qatar from 21 November to 18 December 2022. 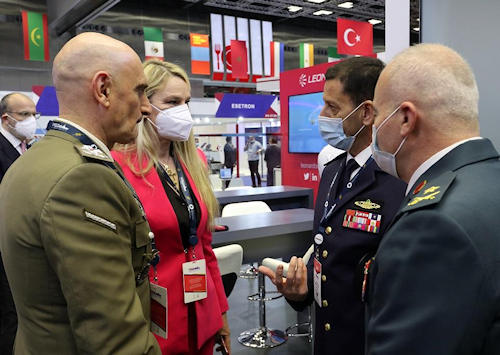 The national institutions were represented by the Undersecretary of Defense, Senator Stefania Pucciarelli, the Italian Ambassador to Qatar, Alessandro Prunas, the Secretary General of Defense and National Director of Armaments, Army Corps General Luciano Portolano and the team admiral Pier Federico Bisconti.

Italy was also represented by the multi-mission frigate Carlo Bergamini of the Navy, which joined twelve other naval units from other nations and docked for the occasion at the Hamad port of Doha.

The show also allowed the holding of important and profitable institutional meetings with the Qatari civil and military authorities, such as those that the Undersecretary of State had on March 21 with the Emir of Qatar Tamim bin Hamad al Thani, useful for studying some issues. of mutual interest and consolidate the relationship of growing friendship and closeness between the two countries.

Immediately after theOpening Ceremony Senator Pucciarelli and General Portolano visited the national exhibiting companies as a sign of closeness and institutional appreciation towards them.

On the morning of 22nd General Portolano met with dr. Nasser Hassan al Naimi, managing director of Barzan Holding, a company that interfaces with international companies that want to develop joint projects. In the afternoon, the meeting with the Minister of Defense, dr. Khalid al Attiyah, allowed Senator Pucciarelli to thank the nation for the consolidated relations of cordial friendship and fruitful interaction in the industrial and energy fields and for the great solidarity and precious support provided by Qatar at the beginning of the pandemic emergency, with the '' dispatch of a field hospital for Covid-19 patients. 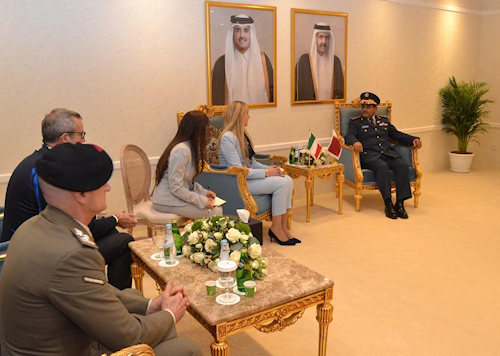 Finally, Senator Pucciarelli and General Portolano sincerely thanked Lt. Gen. Salim Hamad al Nabit, Chief of Defense Staff, for the fundamental support that Qatar has provided, making two C17 airplanes available to the Italian Defense on the occasion of the "Aquila Omnia" humanitarian evacuation, thus helping to transfer from Afghanistan to the Italy over 5000 people, of which about 4900 Afghans (of which about 2150 men, 1350 women and 1400 children).

For his part, General al Nabit expressed deep appreciation for the quality of the training that Qatari military personnel receive at Italian defense schools and bodies and for the joint training activities that take place in Italy and Qatar.

The meeting ended by addressing the theme of the Fifa World Cup 2022. General al Nabit had words of praise and thanks for the Italian support for the safety of the event and wished for a further strengthening of the human and technological resources that the Italian Armed Forces will be able to make available. Senator Pucciarelli reassured the Qatari Defense Chief of Staff to this effect. 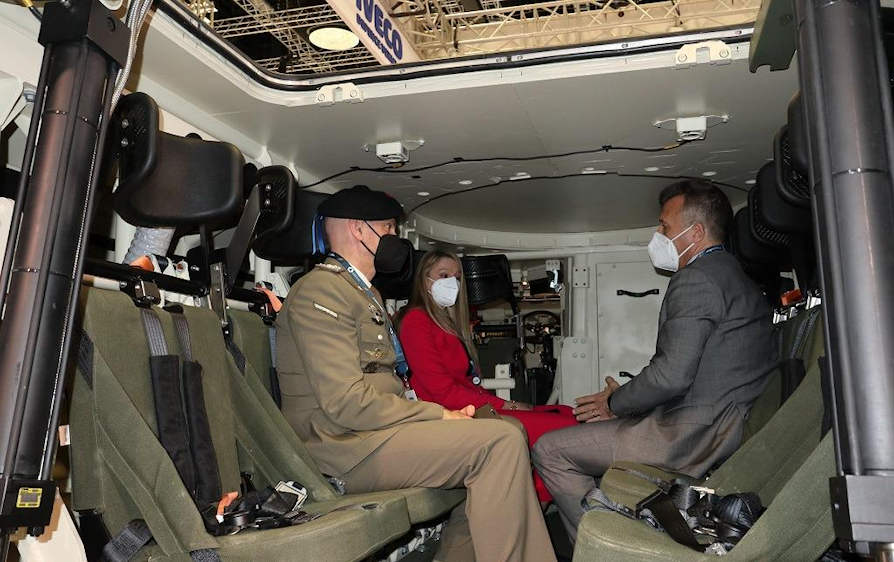 Drones to transport drugs, plasma, organs and medical devices. Lazio is one of the first Italian regions to ...
9
Read

On the occasion of the twenty-year operational anniversary of the Joint Organization for Cooperation in the field of Armaments (OCCAR ...
54
Read

Leonardo and Aeroporti di Roma announced, on the occasion of the World ATM Congress which has just ended in Madrid, ...
246
Read

PZL-Świdnik, the Polish company wholly owned by Leonardo, obtained from the Ministry of Defense of ...
954
Read

The German armaments giant has formalized the offer to Leonardo for the acquisition of 49% of the shares ...
13223
Read