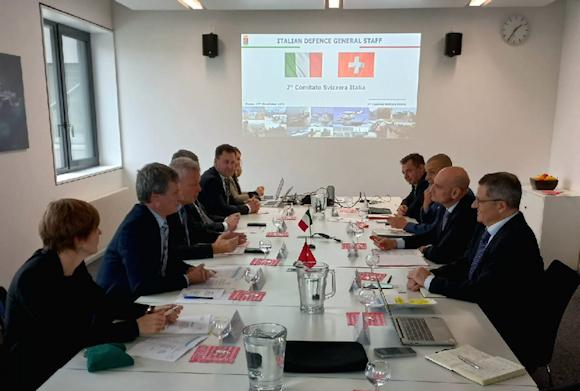 The 25th Switzerland-Italy bilateral committee was held on 7 November at the Emmen air base, in the Swiss territory of the Canton of Lucerne. The national delegations were led, for Italy, by the general of the army corps Luciano Portolano, general secretary of defense and national director of armaments, and for Switzerland, by the director of armaments, mr. Martin Sonderegger and the general secretary of defense and civil protection, mr. Tony Eder.

The bilateral agreement is part of the traditional relationship between the two countries, the last of which saw Swiss defense minister Viola Amherd visit the trivalent F-28 – FACO / MRO&U[35] regional hub in Cameri on 1 October ( NO).

The meeting began with a visit to the brand new Emmen air base, one of the most important airfields of the Swiss Air Force which hosts various flight squadrons, the units necessary for the operation and maintenance of a wide range of aircraft and systems, as well as aircraft from the national aerobatic team. Below, Mr. Sonderegger presented the organizational characteristics of Armasuisse, which is the federal competence center for procurement, technology and real estate in the Federal Department of Defenseand Protection of Population and Sport (DDPS). 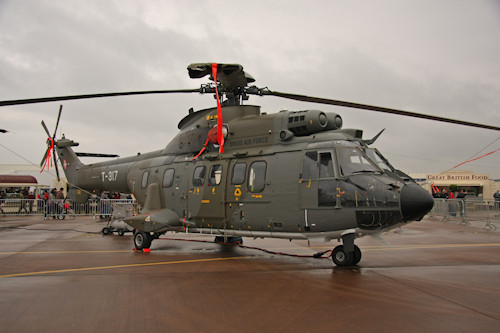 After bringing Defense Minister Guido Crosetto's greetings to the Swiss counterpart, General Portolano thanked the delegation of the host country since bilateral activities lead to an improvement in mutual understanding between countries and for modern Armed Forces it is essential to be able to interface promptly, exchange or interchange information, data and materials effectively and seamlessly.

The discussion then continued in the third dimension sector, with an initial contact with the Swiss counterpart for possible future developments and collaboration in the field of rotary-wing aircraft, to be evaluated, if necessary, also in the field of Government-to-Government. The Italian delegation illustrated a solution that could meet the needs of the Confederation's Air Force for the replacement of helicopters Super Puma with Leonardo's AW101 or AW149 multi-role helicopters.

The AW149, in particular, is an extremely versatile multi-role medium helicopter built keeping in mind the experiences gained in the Operations Theaters and optimized for current and future scenarios. It has already been chosen by Poland and under evaluation in the UK to replace the Puma British. The Swiss delegation expressed interest in the specific issue, postponing in-depth analysis of the various options to a technical table. 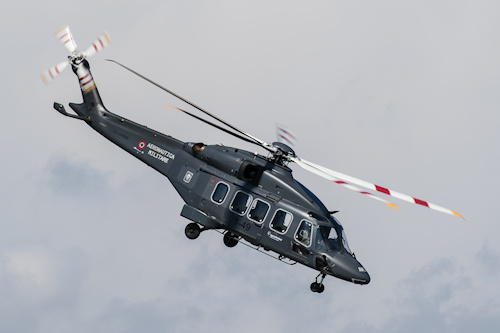 In the afternoon, Mr. Eder conveyed greetings from defense minister Amherd and hoped that relations between the two neighboring countries could be deepened to mutual satisfaction.

In taking the floor, General Portolano underlined some effects on Defense and on national industry deriving from the current international geostrategic context and the deriving need for continuous analysis for the technical-administrative area, in order to determine the strategic-operational effects for the "defence system" - understood as Defense and the Defense industrial sector - to then define, in a complete way, the actions and priorities on which to direct the national work.

The parties agreed to highlight the current international dynamics that fit into a general framework already marked by challenges and threats related to demographic development and migratory flows, climate change, state fragility, ethnic tensions religions and terrorism. In evidence, the Russian aggression against Ukraine, the energy and financial crisis, the situation in the Balkans and what is happening in the southern flank of Europe and the Atlantic Alliance.

Afterwards, the delegations discussed the opportunities offered by the Piedmontese pole of Cameri to meet the needs deriving from the Swiss decision to acquire 36 F-35As to renew, possibly by 2030, the fleets of the Confederation of F/A- 18 Hornet and F-5 Tiger. 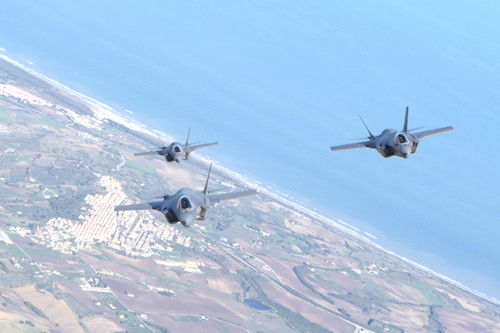 General Portolano renewed Italy's willingness to make available the precious experience accumulated in the 5th generation Program to facilitate the prompt achievement of the Swiss objectives, in compliance with the international and technology protection standards that regulate it. The general also underlined the importance of the regional pole, Cameri's trivalent for the Euro-Mediterranean area and recalled that the plant in the province of Novara is one of the two realities in the world outside the United States (the other is in Japan) and the only one in Europe where aircraft are already being assembled for Italy and the Netherlands and which carries out the most significant inspections and updates for European countries. Still in Cameri, moreover, about a third of the wing assemblies are already being produced for the entire requirement of the international programme.

In closing, possible cooperation activities in the sector of research and technological innovation for Defense were examined. Both parties agreed on the strategic importance of the sector which, notoriously, activated and supported by the needs and dynamism of the aerospace, defense and security sector, then produces widespread uses also in civil applications, thus acting as a driving force for progress economic and social community. To this end, it was agreed to start a preliminary exchange of information, aimed at the possible signing of a specific technical agreement.

In saying goodbye, the delegations met in Rome in June 2023 for the next Italy-Switzerland bilateral commission.

The Italian team that will develop the Global Combat Air Program (GCAP), made up of Leonardo as partner...
11477
Read

In the presence of the Deputy Prime Minister and Defense Minister of Qatar, he Khalid bin Mohamed Al Attiyah, and of the ...
4728
Read

The Italian Space Agency (ASI) has signed two contracts with Leonardo for a total value of around 33 million euros...
986
Read

Leonardo welcomes the announcement of the US Department of Defense with which, as part of the ...
2053
Read

Leonardo has successfully completed the first phase of the Falco Xplorer flight test. The system is now ready for...
8792
Read