Home Industry Leonardo's LIONFISH® systems have been chosen for ... 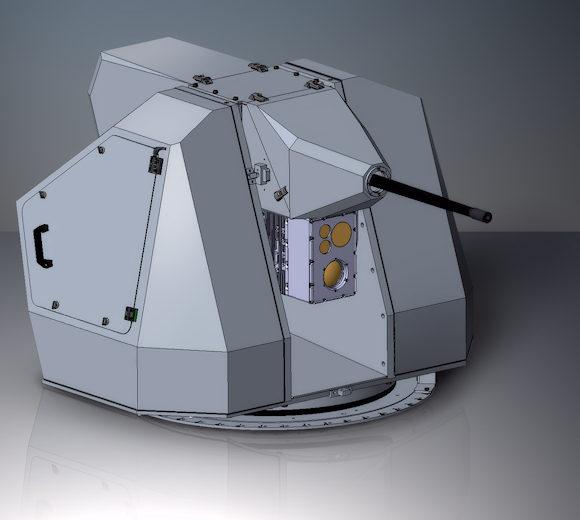 Already on board several platforms around the world, Leonardo's LIONFISH® family of defense systems was also chosen by the Dutch Navy, in the “Top” variant, to equip its Holland-class patrol boats; the LPD (Landing Platform Dock) and JSS (Joint Support Ships) units, Johan de Witt and Karel Doorman class. To these is added the CSS (Combat Support Ship) unit, Den Helder class.

The LIONFISH® Top is one of the 12.7mm versions of the new family of remotely controlled naval turrets, which includes the “Ultralight” and “Inner Reloading” models of the same caliber and the 20mm “20” model.

The system weighs less than 300 kg and is particularly effective in the presence of close threats and within asymmetric scenarios (ASymmetric Warfare - ASyW). The effectiveness and precision even at high distances are guaranteed by the use of a cooled infrared sensor that integrates Leonardo's Mini Colibrì optics. The latter is common to the whole family and can also integrate an uncooled sensor.
Depending on the technology used, the detection range can be up to 12 km.

The turrets have been designed and developed with the aim of satisfying the different needs of the customers. Leonardo has thus created state-of-the-art technologies capable of dealing with any type of threat, including drones and unmanned systems, with effectiveness and precision.

The entire family stands out for its modularity, low weight and common architecture, which allow it to be installed and easily used on any platform, both as a primary and secondary defense system, without the need for modifications to the bridge.
All systems are capable of self-calculating the firing solution and engaging maneuvering and fast-moving threats, even when installed on high-speed platforms.

On the strength of the consolidated experience gained in the development of advanced technologies, such as the OTO 76/62 Super Rapido and the OTO 127/64 LW Vulcano, Leonardo has developed its new defense systems to meet the needs of the market, which is increasingly oriented towards compact and stealth technologies to be integrated also on board unmanned platforms, at the same time taking a step forward in terms of reliability, optimization of maintenance times and competitiveness.

The new supply demonstrates the strategic relationship between the company and the Dutch Navy, which recently also chose to renew the four De Zeven Provinciën class multi-role units with the OTO 127/64 LW Vulcano systems.

On the occasion of the twenty-year operational anniversary of the Joint Organization for Cooperation in the field of Armaments (OCCAR ...
52
Read

Leonardo and Aeroporti di Roma announced, on the occasion of the World ATM Congress which has just ended in Madrid, ...
246
Read

PZL-Świdnik, the Polish company wholly owned by Leonardo, obtained from the Ministry of Defense of ...
954
Read

The German armaments giant has formalized the offer to Leonardo for the acquisition of 49% of the shares ...
13223
Read