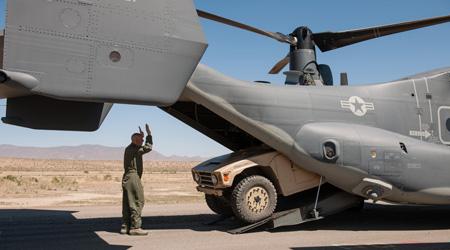 After a series of positive tests, the US Navy last month certified that the Phantom Badger combat support vehicle could be transported inside the V-22 Osprey convertiplane.

"This certification validates the versatile design of the Phantom Badger by offering fighters greater agility on the battlefield," said John Chicoli, program manager for a Boeing airborne vehicle program. 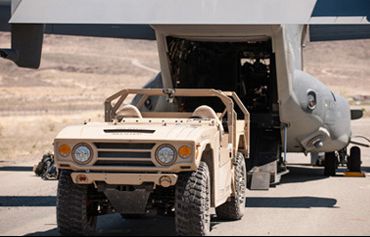 "The vehicle is designed to easily adapt to the compact space of the V-22 and is also compatible with many larger aircraft."

Developed by Boeing's Phantom Works, the Phantom Badger would adapt to a wide range of missions that cannot be tackled with existing combat support vehicles.

The rear section is modular and can be quickly changed for reconnaissance missions, search and rescue in combat, transport injured, and actions in focus thanks to weapons and explosives.

For those passing by, the Phantom Badger is exhibited today and tomorrow together with the Bell Boeing V-22 at the National Harbor, booth 1646, of the US Navy's League's Sea-Air-Space Exposition, in Maryland.