Home Industry New rogue coming in for the F35 program?

New rogue coming in for the F35 program? 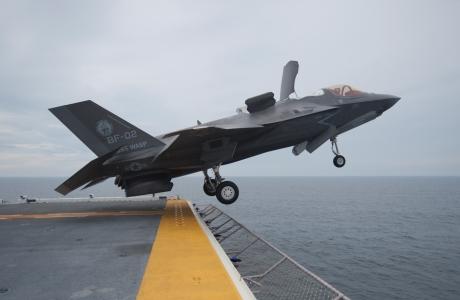 Reuters, after coming into possession of a 25 report from the US Department of Defense, today released news of maintenance and reliability issues with the F35 stealth fighter software.

The delivery to the Marine Corps, initially scheduled for half of the 2015, could consequently slip by at least 13 months.

In the report, the head of the Pentagon's weapons systems, Michael Gilmore, would criticize in detail the technologies of the aircraft defining the performance of the aircraft's software as "unacceptable". Gilmore has long been against the $ 392 billion program for the F-35 Joint Strike Fighter, the Pentagon's historically most expensive weapons program.

The report, due to be sent to Congress this week, would report that the aircraft is proving less reliable and more complex to maintain than expected, as well as being vulnerable to fuel fires triggered by rocket attacks.

Air Force General Chris Bogdan, head of the F-35 program at the Pentagon, would have told Reuters that Gilmore's report would be correct but that it would not reflect the efforts being made by his office and the industry to solve software problems , reliability and maintenance.