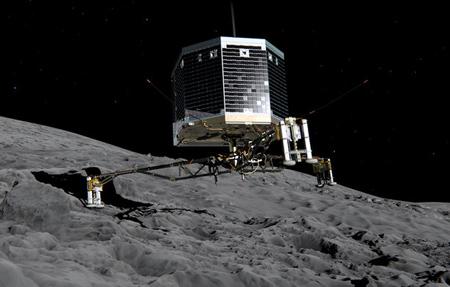 The companies of Finmeccanica Selex ES, Telespazio and Thales Alenia Space, have contributed decisively to the success of the Rosetta mission thanks to the numerous instruments and systems of land and on board of the Philae probe, starting from the special drill, the Sample Drill and Distribution (SD2) made by Finmeccanica - Selex ES, which will begin to drill the soil of the comet to a depth of 30 centimeters in the hours immediately following. The SD2 will acquire samples of cometary material to allow analysis on site, in order to provide important information on the birth and evolution of the Solar System.

Within the mission, Finmeccanica - Selex ES has developed sophisticated electro-optical instruments for ASI based on hyperspectral technologies and innovative robotic systems. In addition to the SD2, the company has created the A-STR (Autonomous Star TRacker), the sensor for determining the position of the probe that has allowed Rosetta to orient itself in Space and to correctly point the antenna to send its signals to the ground; the NAVCAM camera for spacial probe navigation; the VIRTIS spectrometer (Visible and InfraRed Thermal Imaging Spectrometer) able to detect the thermal characteristics of the comet; the GIADA tool (Grain Impact Analyzer and Dust Accumulator) for the analysis of dust and particles in the comet; photovoltaic panels (Photovoltaic Assembly), the largest ever made for an ESA scientific mission, with an area of ​​62 square meters and a length of approximately 14 meters. Other smaller solar panels, totaling approximately 2 square meters, cover the outer faces of the Philae lander, allowing its instruments to function on the surface of the comet. 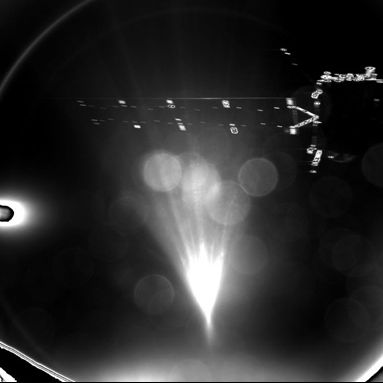 Finmeccanica - Telespazio, with its subsidiary Telespazio VEGA Deutschland, designed and built for the ESOC, the European Center for Space Operations, the mission control and planning system, as well as the real-time probe simulation system. Experts from Finmeccanica - Telespazio are part of the ESA operational team that managed Rosetta and its trajectory of approach and revolution around the comet, as well as of the German Space Agency (DLR) team that takes care of the Philae lander, with the responsibility of its technical management.

Thales Alenia Space is involved in the mission for satellite assembly and integration activities. It also provided for the definition and procurement of mechanical and electrical ground support equipment. In addition to having played a crucial role during the launch campaign, the company has also created the special digital transponder on board the satellite, operating in S and X band, essential for the connection between the probe and the Earth.

“A historic day, an exceptional result for all the Italian companies involved, and in particular those of the Finmeccanica Group, which once more testifies to how important a strong collaboration between the scientific and industrial world is. A strategic partnership that we hope can be further strengthened so as to facilitate the achievement of ever more ambitious goals ”. This is the comment of the CEO and general manager of Finmeccanica, Mauro Moretti, on the news of the landing of the lander Philae on comet 67P / Churyumov-Gerasimenko, as part of the Rosetta mission.

Launched on March 2 2004 from Kourou, in French Guiana, Rosetta has traveled over 6 billion kilometers. Using the gravitational sling effect several times, the probe was accelerated once by the encounter with Mars and three times by the one with the Earth; he flew in close passages with the Steins asteroids in the 2008 and Lutetia in the 2010. He then went on to hibernate from 2011 to 2014 to reach the orbit of comet 67P / Churyumov-Gerasimenko between Mars and Jupiter.

After the "hibernation" lasted 31 months, the probe automatically woke up the 20 last January, commanded by an internal clock and without signals coming from the Earth, to continue the journey towards the final and main stage of its journey: the 67P comet / Churyumov-Gerasimenko, around which he began to orbit the 6 August this year and where he landed the 12 November.