Home Industry The US Navy tests a new sensor for ...

The US Navy tests a new sensor for its Super Hornets 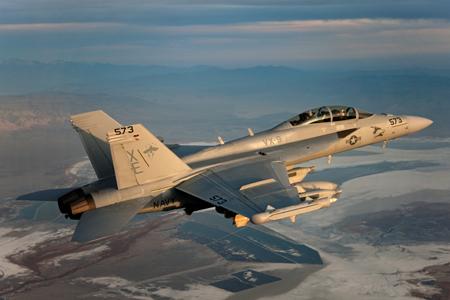 The US Navy recently tested the Infrared Search and Track (IRST) sensor for the first time on an F / A-18 Super Hornet, which would help locate hard-to-detect targets over long distances. Boeing and Lockheed Martin are developing and integrating the system.

"The addition of an advanced infrared sensor on the Super Hornet expands the Navy's war capabilities," said Commander Frank Morley, US Navy program manager for the F / A-18s. "Combined with the Super Hornet's radar and Growler's jamming capabilities, the IRST will allow the fleet to dominate the skies in all conditions."

The IRST system was developed as part of an 135 million dollar contract awarded in the 2011 and is currently scheduled to be delivered within the 2017. The technology was initially tested last year on a King Air test aircraft, which helped reduce costs before installation on the Super Hornets.

The EA-18G Growler, derived from the Super Hornet, is an electronic attack platform. The Navy plans to fly these aircraft to the 2040.