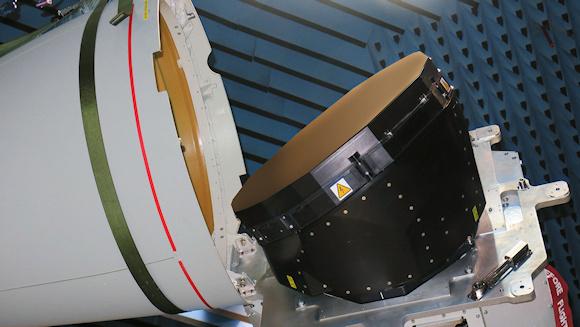 Italy joins the United Kingdom in the development of the new “European Common Radar System Mark 2” (ECRS Mk2) for the Eurofighter Typhoon aircraft. The first step of this collaboration, which will be launched in the autumn, will see a team of engineers from the Leonardo site in Nerviano (Milan) join the team working on the development of the MK2 at the company's site in Edinburgh.

This is the first initiative in view of Italy's full participation in the ECRS Mk2 program. The formation of the so-called “Industrial Joint Team” (IJT) follows the adoption of the 'Statement of Principles' (SoP) document by the Italian and UK Ministries of Defense.

The ECRS Mk2 radar, currently being designed and built by Leonardo to be integrated by BAE Systems on Eurofighter Typhoon fighters, will be at the forefront of advanced combat radar technologies. The system incorporates a multi-functional antenna that offers the fighter unprecedented reprogrammable electronic protection capability, including broadband for electronic attachment, in addition to traditional functions. This translates into the ability to intercept and blind enemy radars, increasing the effectiveness of the Eurofighter Typhoon, as well as other systems.

“Last September the Ministry of Defense announced our investment in the final design stages of the ECRS Mk2 program; in addition, the Integrated Review is committed to the full integration of this unique capability on the Typhoon. I am happy that the Italian colleagues will join the Edinburgh and Luton teams. Together we will deliver this essential capability for the benefit of the Typhoon and the technological growth of the Future Combat Air System, ”said Air Chief Marshal Sir Mike Wigston, Chief of the Air Staff of the Royal Air Force.

“The ECRS Mk2 program - added Air Vice-Marshal Linc Taylor, Chief of Staff (Capability) of the RAF - will equip the Royal Air Force's Typhoon fleet with a radar and electronic protection capability unique in the world. Its development is on schedule for integration into the fighter as part of the Phase 4 Enhancement, which will ensure the backbone of our air combat capabilities remain at the forefront of technology, capability and survival. The ECRS Mk4 has been designed to be reprogrammable and exportable, guaranteeing the nations that use it strategic sovereignty over the system and associated mission data, thanks to an open and flexible architecture ”.

The goal of the Italian engineering team is to contribute to the successful development of the ECRS Mk2, while acquiring those skills in the design that will ensure the Italian Defense full control of the new radar system at every stage of its operational life. One of the strengths of the Eurofighter Typhoon program is that its mission data is open and reprogrammable by national operators, in order to ensure complete control of the air combat system.

Finally, regarding the Eurofighter Typhoon offer to Finland, the UK has extended an invitation to the country to join the ECRS Mk2 program, which could result in the involvement of the domestic industry and military personnel within the team. dedicated to the development of the new radar. Finland would thus have an alignment of capabilities with the Royal Air Force with obvious military and industrial advantages.

The ECRS Mk2 program advances on schedule. The first hardware component will be delivered to BAE System - Warton in 2022 for integration into the aircraft and flight tests. 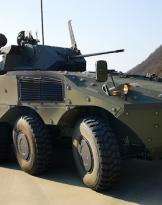 The Consortium Company Iveco - Oto Melara (CIO) announces that it has been signed, at the Armaments Department ...
2008
Read

Leonardo has announced the signing of contracts for over 260 million euros with HENSOLDT, which will allow the company ...
4988
Read 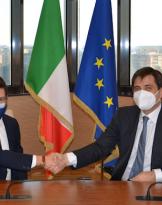 Leonardo and the Directorate of Aeronautical Armaments and Airworthiness of the General Secretariat of Defense / ...
599
Read

At the factory in Muggiano (La Spezia) the production activity started today for the first of the 2 ...
14052
Read

Developing software of an OSINT * nature - an acronym for Open Source INTelligence - allows many nations to do ...
897
Read 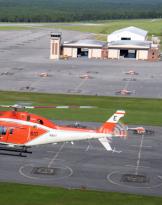 Leonardo welcomes the announcement of the US Department of Defense with which, as part of the ...
1033
Read 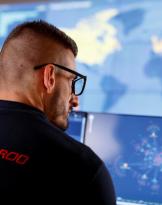 Leonardo has signed a contract with the European Space Agency (ESA) to design, develop, build, validate and ...
726
Read