Home Industry Leonardo will develop with the British Defense ... 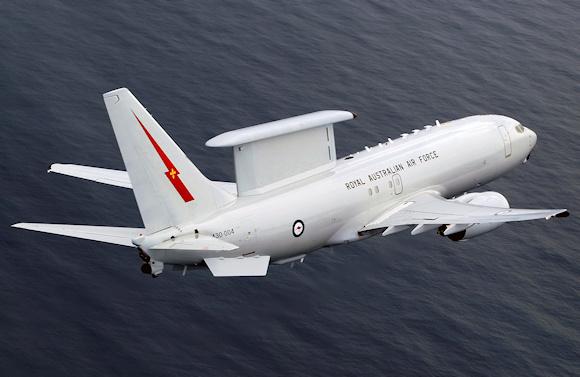 Leonardo has signed a strategic partnership agreement (Strategic Partnering Arrangement - SPA) with the Royal Air Force, Defense Equipment & Support (DE&S) and the Defense Science and Technology Laboratory (Dstl). The company will work with the UK Ministry of Defense, researchers from the DSTL and other UK industries to further develop integrated platform level protection systems for UK aircraft. At the heart of the system is Leonardo's Modular Advanced Platform Protection System (MAPPS), which uses the NATO Defensive Aids System (NDAS) standard.

Leonardo is the supplier of the United Kingdom's Defense Integrated Air Platform Protection (APP) capabilities. The company already supplies this equipment for many British Armed Forces aircraft from its research and production sites in Edinburgh and Luton, including those for RAF Typhoons, Shadow R2 surveillance aircraft, E-7 Wedgetail alert aircraft and for most rotorcraft fleets, including AW159 Wildcat, AW101 Merlin and Apache AH64E helicopters. Many of these programs see Leonardo working together with partner companies that provide key subsystems and technologies.

The new agreement will see the industry alongside the Armed Forces and the Ministry of Defense with a shared vision on protecting aircraft from current and future threats. Leonardo will also work with other British companies, bringing together advanced technologies to develop common APP systems suitable for the various fleets in the United Kingdom.

“The thousands of highly skilled scientists and engineers we employ across the UK take great pride in researching, producing and supporting this technology that will protect our Armed Forces,” said Norman Bone, President and CEO of Leonardo UK. "This new agreement will see our partnerships expand with the Ministry of Defense and the industry to ensure that our military continues to be among the best protected in the world and will ensure economic opportunities for the UK, creating internationally exportable capabilities."

"Ensuring the safety and security of our personnel and aircraft assets gives us operational independence," said Air Vice-Marshal Lincoln Taylor OBE, Chief of Staff - Capability, Royal Air Force -. This strategic agreement with Leonardo, and in the future with other industrial partners, will allow us to continue to have access to state-of-the-art technologies, as well as providing industry with the confidence to invest in next-generation advanced electronic defense ”.

To boost the British economy, the Defense will support Leonardo in promoting these capabilities to those partner countries that share similar requirements.

The new agreement is the second of its kind between Leonardo and the British Ministry of Defense. In July 2016, the company signed a 10-year partnership to develop the requirements of the future rotary wing platform and related export opportunities.

The UK APP will incorporate equipment capable of detecting, identifying and defeating threats. Luton's Leonardo electronic warfare experts will integrate the system, which will be controlled by a computer called MAPPS, capable of independently assessing threats and automatically launching life-saving countermeasures.

Specific countermeasures will include Leonardo's Miysis Directional InfraRed CounterMeasures (DIRCM), which uses high-powered laser beams to protect aircraft from heat-seeking missiles, and the BriteCloud decoy, which employs advanced jamming against radio-guided threats. Depending on the aircraft, the MAPPS may have advanced radar alert capabilities and electronic surveillance measures. Leonardo will also draw on technologies from other UK companies for capabilities in the sectors in which they are leaders.

Looking to the future, a spiral development approach will see further research activities to improve the Strategic Partnering Arrangement throughout its duration, in order to keep the equipment ahead of the threat, ensuring operational autonomy for the UK Armed Forces.

Leonardo today signed a Letter of Intent with the Ministry of Defense (MoD) of Luxembourg and Skydweller Aero ...
7258
Read

The German armaments giant has formalized the offer to Leonardo for the acquisition of 49% of the shares ...
13060
Read

Leonardo had the honor of hosting His Highness Sheikha Mozah Bint Marwan Al Maktoum from the United Arab Emirates at ...
3759
Read

The setting up of the amphibious unit (LPD - Landing Platform Dock) took place at the Palermo plant ...
1314
Read

Elettronica SpA has acquired 70% of EltHub, a newco established by G&A Engineering Srl with the contribution of its ...
455
Read

The American arms factory Lockheed Martin has set itself the goal of doubling the production of counter-tank missiles ...
8729
Read