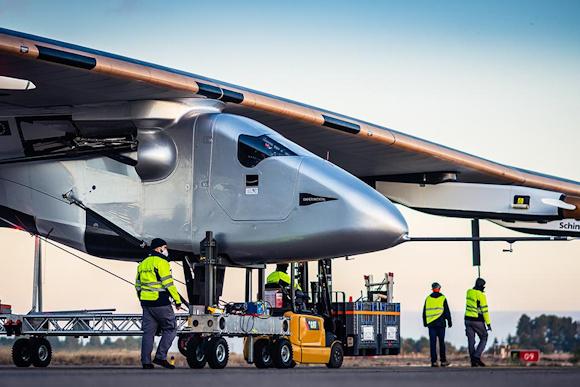 Leonardo today signed a Letter of Intent with the Luxembourg Ministry of Defense (MoD) and Skydweller Aero to explore new collaboration opportunities regarding the Unmanned Aircraft System-UAS Skydweller. The new agreement will initially see the Defense of Luxembourg coordinate the transport of the drone from Albacete, Spain, to the Caribbean where it will carry out a series of long-term in-flight tests and other demonstration activities, in support of the Skydweller Aero with the US Department of Defense (DoD) aimed at validating zero-emission and long-duration flight for military applications.

Skydweller is the first Unmanned Aircraft System solar powered, fully electric, with high load capacities, long distance transport and perpetual flight. The drone is currently under development with the start-up Hispanic-American Skydweller Aero, of which Leonardo is a strategic investor and main industrial partner. For Skydweller Leonardo also operates as prime contractor for the Defense of Luxembourg.

The goal of the partnership is to accelerate the development and validation of the first autonomous, solar-powered aircraft with advanced mission capabilities. The agreement also includes options to identify areas of future collaboration that include a further Leonardo involvement focused on ISR (Intelligence, Surveillance, Reconnaissance) sensors and associated capabilities.

"Leonardo has a long tradition in the production and equipment of piloted and unmanned ISR platforms and intends to enrich this particular domain with new capabilities in terms of persistence and sustainability", so Laurent Sissmann, Senior Vice President Unmanned Systems at Leonardo, who added: "As a strategic and industrial partner of Skydweller, we are pleased to be able to count on the contribution of the Luxembourg Ministry of Defense and on the experience they have acquired in the ISR field for the continuation of the research and development activities and for the test campaign of a revolutionary project like Skydweller. We can definitely say that the Luxembourg MoD and Leonardo share the fact that Skydweller is a unique company of its kind, in which sustainability and SRI capabilities match and reinforce each other. "

"This partnership demonstrates the shared vision between Skydweller and the Defense of Luxembourg in developing Skydweller to deliver a mission-advanced and sustainable ISR platform to the United States and its allies." This is stated by Robert Miller, CEO of Skydweller. "We are extremely grateful to the Luxembourg Directorate of Defense for their important contribution to this effort."

“The Skydweller platform represents an innovative project in the field of Intelligence, Surveillance and Reconnaissance, where the Luxembourg Directorate of Defense has been operating for decades in the terrestrial, air and space domains. This initiative is perfectly in line with our ambitions to decarbonise the military, to reduce emissions and dependence on fossil fuels and consequently limit the environmental impact in the sector, " declares the Minister of Defense of Luxembourg, François Bausch. "In addition, promoting the development of dual green projects such as Skydweller will also bring long-term benefits to civil aviation, another of my political responsibilities and priorities."

- A data-driven approach to design and manufacturing processes. This is the new model launched by ...
466
Read

The American arms factory Lockheed Martin has set itself the goal of doubling the production of counter-tank missiles ...
8741
Read