Home Industry Leonardo celebrates the anniversary of the first ... 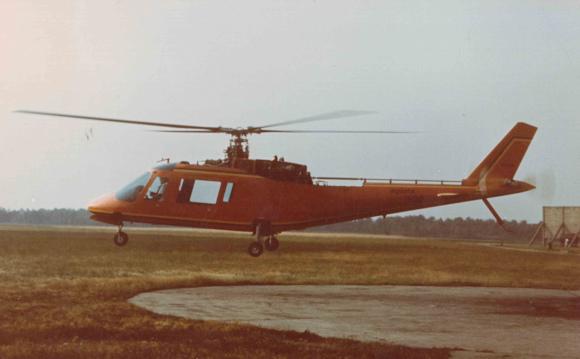 Leonardo today celebrates the 50th anniversary of the first flight of the A109 helicopter, an iconic product capable of revolutionizing the life of the company. This model has allowed Italy to become one of the few nations in the world to be able to boast the presence of a manufacturer with autonomous capacity for the design, development and production of helicopters capable of achieving great success on the national and international market.

The best performance and speed in its category, a peculiar sleek line capable of guaranteeing great aerodynamic efficiency, a modern transmission of its own design and development, great mission versatility and a high level of customization. All these characteristics would become winning, distinctive and central in Leonardo, assuming an increasingly important role for the development of the multi-role and dual helicopters introduced in the following decades, all inaugurated by the first flight of the Agusta A109 which took place on 4 August 1971.

The A109 program, born from a request of the designer Bruno Lovera addressed to the company's top management at that time, saw a prototype fly with the pilot Ottorino Lancia at the controls in the summer of 1971. The new model featured a four-blade articulated main rotor, a double-bladed semi-rigid tail rotor and retractable landing gear, and immediately showed extraordinary flight quality and maneuverability. The 2,4-ton, eight-seat helicopter was certified in both Italy and the United States four years later and entered the market in 1976. The new helicopter also allowed the company to enter the highly competitive American helicopter market. where it benefited from the construction of the Philadelphia logistic center, destined to become in the following decades the headquarters of Leonardo's industrial presence in the helicopter field in the United States for the production, support and training services in the rotary wing sector.

Starting from the mid-70s, the first successes have led to a constant and unstoppable growth of the company in the demanding world market of light twin-engine helicopters with multiple versions and models of new certification for the widest range of civil applications, of public utility and military. Among the new models in the 3-ton category are the popular ones Power e Large, as well as the most recent GrandNew e Trekker, without considering the more customized military and government variants such as LUH e Nexus.

With the most recent developments, Leonardo has progressively introduced increasingly advanced digital avionics, more spacious cabs, new dynamic components, new engines and all the main options regarding the undercarriage (fixed, retractable, skid), reaching a total number of over 1600 light twin-engine helicopters sold in 50 years to customers in over 50 countries on all continents for missions in all weather / environmental conditions, on land and at sea.