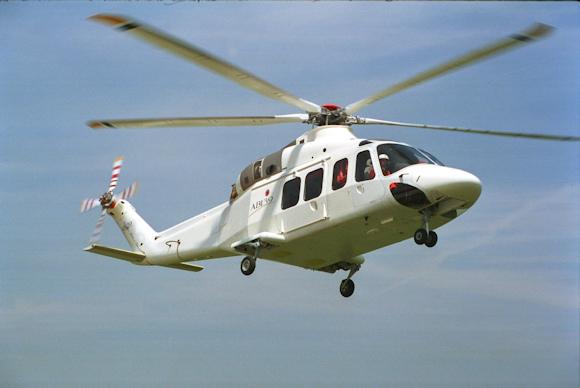 Leonardo today celebrates the twentieth anniversary of the first flight of the best seller AW139. The first helicopter completed its inaugural flight, lasting 45 minutes, at the Cascina Costa di Samarate (Varese) plant on February 3, 2001. In the testing activities, the first airworthiness, stationary and translated flight, maneuverability and correct functioning of the systems, tests that confirmed the excellent characteristics and controllability of the new model from the beginning, with performance and capabilities destined to make the AW139 the new benchmark in the market and the most important helicopter program in the last two decades at international.

The AW7 139-ton intermediate twin-engine helicopter now boasts orders for nearly 1.200 units from more than 280 customers in over 70 countries on all continents. The product has shown extraordinary levels of reliability and operation, with over three million flight hours recorded since the first delivery took place in early 2004. To these numbers are added those that testify to its extreme versatility to meet any market need: about half of the world fleet for public utility tasks such as search and rescue and air ambulance, public order, civil protection and fire prevention, together with military applications; the remainder, on the other hand, concerns a leadership position for offshore transport in its class, as well as VIP, institutional, corporate and other civil duties. The AW139 fleet boasts a global presence: around 30% in Europe, almost the same in Asia and Australia, 15% in North America and Latin America, followed closely by the Middle East. The international success of the AW139 is such that to meet the market demand the helicopter is produced on various assembly lines both in Italy, in the Vergiate (Varese) plant, and in the United States in Philadelphia, from where it was delivered to to date about 30% of the units produced. The US Air Force will soon introduce the Boeing MH-139, based on Leonardo's AW139, to replace its UH-1N helicopter fleet. 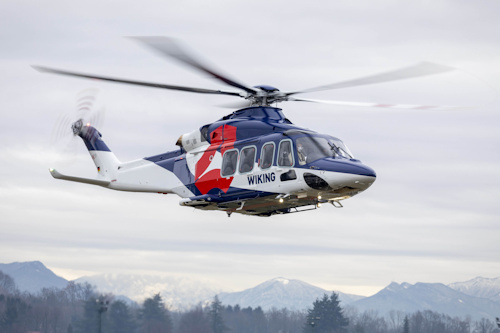 The AW139 has grown significantly in just a few years, adapting to evolving customer needs. The maximum take-off weight went from 6,4 to 7 tons. Nearly 1.000 mission kits and equipment have been certified. With advanced ice protection systems, the AW139 can fly in all weather conditions. This model is also the only one in the world capable of continuing to fly for over 60 minutes without oil in the transmission, double the 30 minutes required by the certification authorities. New distinctive capabilities were introduced in 2020, including advanced navigation and collision avoidance systems, including for offshore operations, and wireless data transfer. This allows, among other things, to further increase the awareness of the operating conditions for the crew and safety, while reducing the workload of the pilots during missions carried out even at night or with poor visibility.

Strengthened by the experience and maturity achieved in almost 17 years of operational activity, the AW139 remains a cutting-edge program, destined to play leading roles also in the future. The AW139 encompasses all Leonardo's areas of excellence and leadership in the helicopter field: dynamic transmissions and groupsets, systems integration and customization, the best performance in its category, mission versatility, the latest safety standards. To all this is added a complete range of services and solutions for technical assistance and training with an increasing level of territorial proximity to customers, developed and enhanced to allow operators all over the world to maximize the effectiveness of the model in execution of missions.

The AW139, a real point of reference against which all competing models existing or arriving on the market must compete, represents a turning point in the helicopter world also under another profile: that of the introduction of the concept of "helicopter family". The AW139 is, in fact, the progenitor of a family also made up of the smaller and lighter AW169 and the larger and heavier AW189. Models, the only case in the world, which share the same design philosophy, all have the same high performance, the same flight characteristics and the same certification standards, as well as the same approach to maintenance and training. A concept that allows operators with large diversified fleets, with models ranging from 4 to 9 tons in weight, to create significant synergies in crew training, flight operations, maintenance and logistical support.

- A data-driven approach to design and manufacturing processes. This is the new model launched by ...
550
Read

The German armaments giant has formalized the offer to Leonardo for the acquisition of 49% of the shares ...
13135
Read