Home Industry Leonardo: agreement with a European operator for ...

Leonardo: agreement with a European operator for the supply of AW609 convertiplanes for passenger and utility transport tasks 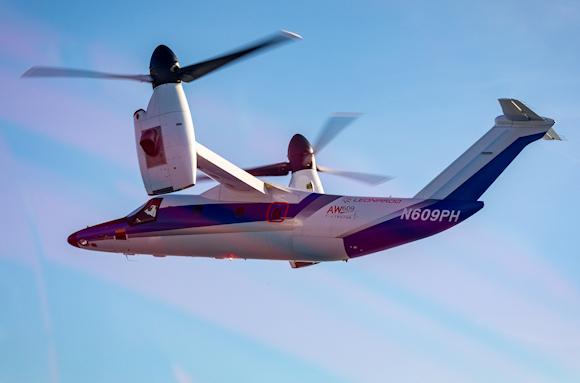 New important result for the AW609 convertiplane which further increases the number of its future users with the addition of a European operator, already a user of Leonardo's helicopters. Under the recently signed agreement, this operator intends to introduce four AW609s for various passenger transport tasks to support its point-to-point connections worldwide. To this end, the convertiplanes will have different dedicated configurations including one for VIP / corporate transport and one for utility transport.

Gian Piero Cutillo, Leonardo Helicopters MD, stated “Thanks to the distinctive features of the AW609, able to combine the performance of the turboprop airplane (speed, range, altitude) and the versatility of the helicopter (vertical take-off and landing , hovering) in all weather conditions and with limited impacts from the point of view of infrastructure thanks to dimensions comparable to that of a helicopter, the new operator will be able to provide exceptional services in its markets. In more general terms, we are convinced that the AW609 will really be capable of revolutionizing point-to-point connections and other types of missions, making a substantial contribution to the evolution of the use of airspace ”.

This latest result in Europe follows the first appearance of the AW609 in the Middle East with its official presentation in Dubai at the end of 2021, an occasion that represented the world commercial launch of the revolutionary multi-role aircraft, pending what will be the first civil certification. to the world for a tiltrotor. The AW609 will also help maintain Leonardo's leadership in the VIP market, a sector in which the company already boasts a worldwide share of 45% in the twin-engine helicopter segment over the last ten years. The AW609 will also be part of the range of VIP solutions offered under the new Agusta brand recently launched and which embodies Leonardo's distinctive traits in terms of design, technology, service philosophy and values ​​in the field of executive helicopter transport.

The AW609 offers unprecedented capabilities in fast point-to-point transport over long distances, both to connect the city center and to reach remote areas, accommodating up to nine passengers on board in a comfortable pressurized cabin. The new tiltrotor will therefore transform not only private or business travel, but also emergency health services, search and rescue, offshore transport to support the energy industry and patrol, both for private and government users.

The first production AW609 has already carried out the first ground tests at the Leonardo plant in Philadelphia in the USA while the second is currently on the assembly line at the same production site. The program has accumulated over 1700 flight hours in the US and Italy to date. Users will receive comprehensive support and training packages especially at the Philadelphia Training Academy inaugurated in 2021, where the world's first 'full motion' simulator of the AW609 is also located.

The constant development of cutting-edge solutions in all areas of technological innovation in which Leonardo operates, including that of high-performance vertical flight (fast rotorcraft) and modern air mobility, is a central element in the Company's BeTomorrow2030 Strategic Plan.

Leonardo today signed a Letter of Intent with the Ministry of Defense (MoD) of Luxembourg and Skydweller Aero ...
7180
Read

The German armaments giant has formalized the offer to Leonardo for the acquisition of 49% of the shares ...
13045
Read