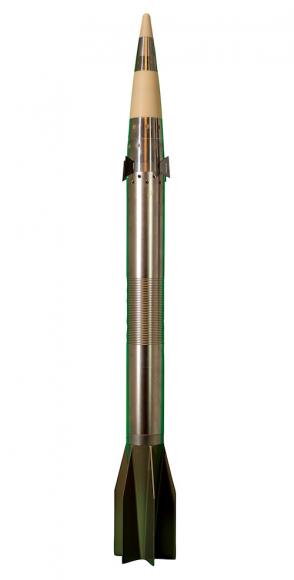 In accordance with the requirements expressed by the Italian and German governments, the companies Diehl Defense and Leonardo have developed and qualified the Vulcano family of guided ammunition of 127 and 155mm, compatible with all defense systems of the same caliber.

The German Navy has successfully completed operational suitability tests of the 127mm Vulcano guided ammunition, launched by Leonardo's 127/64 Lightweight defense system, installed aboard an F125 class frigate. The activities involved the flow of ammunition in the system, the programming and verification of range and accuracy in operating conditions.

Vulcano 155 ammunition has been designed to reach a range of 70km, while 127mm ammunition can go up to 80km, with unmatched accuracy against fixed and moving targets.

In addition to the basic configuration that includes a Height of Burst (HoB) sensor, the configurations with semi-active guided sensors (SAL - Semi Active Laser) and FarIR (Far Infrared), used for single fixed and mobile targets, have been qualified. These features make the Vulcano family of ammunition the most accurate in the world.

Vulcano 127 ammunition is already in service with the Italian Navy and the positive outcome of the tests paves the way for the acquisition by the German Navy as well.

The launch of the Multipurpose Offshore Patrol Vessel (PPA) "...
4151
Read

It took place on Tuesday 22 November at the Rome headquarters of Rheinmetall Italia, belonging to the Rheinmetall AG Group and...
1316
Read