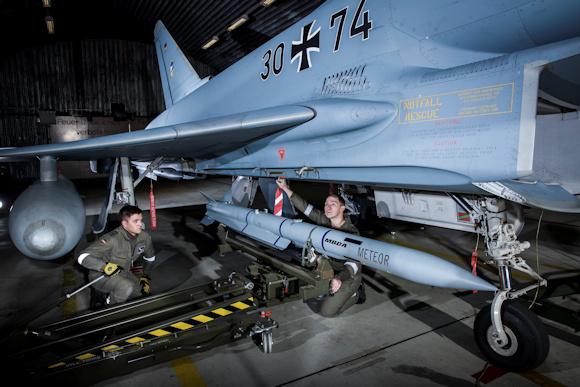 MBDA has received an order for additional air-to-air missiles beyond visual range Meteor in favor of the German Air Force.

Il Meteor it is the most advanced air-to-air missile in the world and has an exclusive ramjet propulsion system that allows it to fly farther and faster than any other air-to-air missile, allowing it to hit targets while maneuvering even at limit distances.

Éric Béranger, CEO of MBDA, said: "The Meteor program can be considered the most successful defense cooperation program in Europe, bringing together the best technologies from six European nations to offer a truly revolutionary common military capability. We are very pleased to receive this additional contract from the German client as additional commitment to Meteor as the primary air domain weapon for Eurofighter. "

Leonardo has announced the entry into service at the African Navy of two King Air 350ERs in Maritime configuration ...
1150
Read

GE Catalyst ™, the GE Aviation turboprop engine designed and developed from scratch in Europe thanks to the contribution of 6 States ...
2675
Read