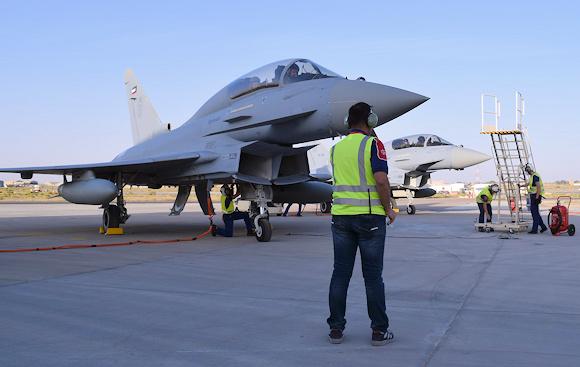 On Tuesday 29 March the transfer flight from Turin Caselle to the Al Salem base in Kuwait took place for the second two aircraft Euro Fighter delivered by Leonardo to Kuwait Air Force (KAF).

Il ferry flight was made possible thanks to the support of the Italian Air Force which ensured the "Air to Air Refueling trail" through a complex operational activity that involved a KC-767A tanker of the 14th Pratica di Mare wing and two Italian instructor pilots in quality from back-seater aboard the KAF EF2000.

The presence of the Air Force on the trail confirms the international cooperation programs already started between the Armed Force and Kuwait, in harmony with the political choices, aimed in particular at the training and training of personnel at the structures of the Air Force further strengthening the image of Italy in geographical areas of interest.

L'Euro Fighter Kuwait Program is part of a broader and deeper collaboration between the Italian Air Force and the Kuwait Air Force, which includes training and operational support from the KAF. In fact, the Italian Air Force is ensuring, in Italy, the initial training of the pilots and maintenance workers who will support the fleet activity. Typhoon in Kuwait. 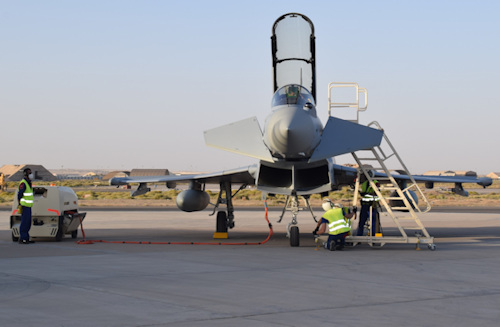 The training activities of KAF pilots in Italy include the achievement of the military pilot's license, the subsequent advanced training on the jet line at the 61 ° wing of Lecce-Galatina, the operational conversion on the fighter Euro Fighter at the 20th OCU Group (Operational Conversion Unit) of the 4th Grosseto wing and the achievement of the qualification as test pilot on the aircraft Euro Fighter at Experimental Flight Unit.

A support that of the Air Force which also guaranteed in the context of certification and quality control activities for the acceptance of aircraft through the Joint International Program Office (JIPO) and the Directorate of Aeronautical Armaments and Airworthiness. The activity of flight acceptance of the aircraft took place through pre-acceptance flights by the Experimental Flight Unit. AM has also played a key role in safety management aspects of aircraft support systems certifications (such as the Mission Support System ed Engineering Support System).

Lastly, the collaboration between the Armed Force and the national industry was fundamental for the technical-logistical and safety preparations useful for welcoming the new Kuwaiti aircraft on the Al Salem base.

- A data-driven approach to design and manufacturing processes. This is the new model launched by ...
516
Read

The German armaments giant has formalized the offer to Leonardo for the acquisition of 49% of the shares ...
13124
Read