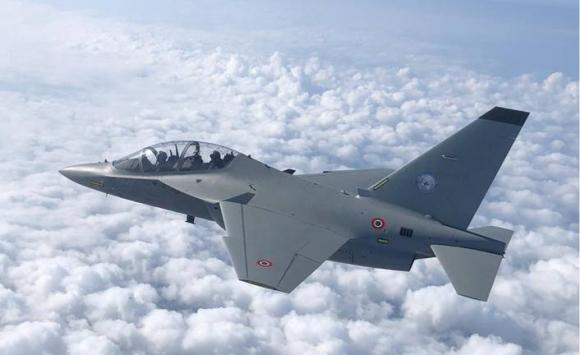 The signing, which was held in the "remote" mode, with a link between the offices of the two generals, in Italy and Japan, sealed an agreement for the inclusion of Japanese military pilots in advanced training courses (Phase IV) at the International Flight Training School (IFTS), a project carried out in tandem with Leonardo and which provides for an industrial partnership between Leonardo and CAE for the maintenance / support of the aircraft fleet and simulators.

Japan's interest in the training capabilities of the Air Force was consolidated after a series of contacts and initiatives, culminating in a visit to the 61st Wing of Lecce in September 2020, during which a delegation of the JASDF was able to directly appreciate the '' excellence of the training system of the Air Force, with particular reference toIntegrated Training System developed by Leonardo and based on the T-346A aircraft.

The newly signed agreement provides for a gradual and increasing inclusion over the years of JASDF student pilots. Furthermore, considering the international soul of the IFTS project, in the future Japanese instructors will also be welcomed into the school who will work side by side with Italian colleagues, with a view to exchanging experiences, optimizing and standardizing procedures, to benefit of all operators in the sector.

Leonardo today signed a Letter of Intent with the Ministry of Defense (MoD) of Luxembourg and Skydweller Aero ...
7175
Read

The German armaments giant has formalized the offer to Leonardo for the acquisition of 49% of the shares ...
13044
Read