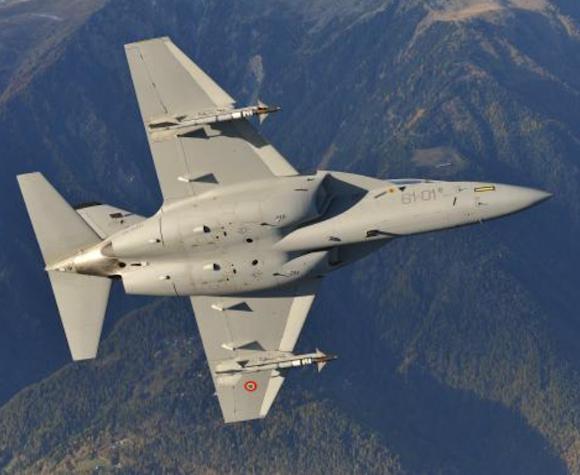 Today, around 12.00, there was a plane crash involving an M-346 aircraft, which crashed near Como, in the area above Colico (Monte Legnone).

The rescue vehicles are at work and Leonardo, as usual, immediately set up an internal commission for the incident.

The causes of the accident are being investigated.

Following the intervention of the rescue units, unfortunately, despite the ejection maneuver, the death of one of the two pilots for which Leonardo expresses his deepest condolences was ascertained.

Leonardo reserves the right to provide further updates on the incident in the next few hours.

Leonardo specifies that at the present stage of the investigations it is completely premature to formulate any hypothesis on the causes of the accident.

The aircraft had taken off from the Venegono Superiore (Varese) plant at about 11.00 after the checks required to authorize its flight, completed just before take-off and carried out in accordance with the inspection plan authorized by the competent authorities. The flight plan included tests aimed at demonstrating specific capabilities already tested in the course of several previous flights.

At about 11.35 am, contact with the aircraft was lost. Thanks to the timely intervention of the rescuers, the wreck was identified near Colico (Monte Legnone), between the provinces of Como and Lecco.

Leonardo's leaders express their deepest condolences for the disappearance of the pilot and join in the pain of the family.

Drones to transport drugs, plasma, organs and medical devices. Lazio is one of the first Italian regions to ...
39
Read

On the occasion of the twenty-year operational anniversary of the Joint Organization for Cooperation in the field of Armaments (OCCAR ...
102
Read

Leonardo and Aeroporti di Roma announced, on the occasion of the World ATM Congress which has just ended in Madrid, ...
267
Read

PZL-Świdnik, the Polish company wholly owned by Leonardo, obtained from the Ministry of Defense of ...
963
Read

- A data-driven approach to design and manufacturing processes. This is the new model launched by ...
652
Read