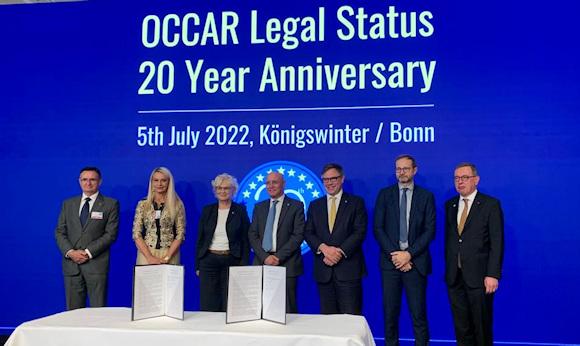 On the occasion of the twenty-year operational anniversary of the Joint Organization for Cooperation in the Matter of Armaments (OCCAR) - which fell back to 2021 but with celebrations postponed by one year due to a pandemic - the Undersecretary of State for Defense, Senator Stefania Pucciarelli, participated in the two-day event of activity at the headquarters of the organization in Bonn together with the representatives of the six nations adhering to it today.

After the opening speeches by the director of OCCAR-EA, Matteo Bisceglia, by the German Defense Minister Hon Lambrecht and by the current president of the Board of Supervisors of OCCAR, general engineer Pintard, the apex of today's protocol program were the two ceremonies of officialization of the Joint Declaration ratified by the defense ministers of the six member states - Belgium, France, Germany, Great Britain, Italy and Spain - and the signatures Golden Book of OCCAR by all the heads of delegation of the six nations, which saw Undersecretary Pucciarelli representing Italy.

They each answered two questions put to them by the moderator. In this context, the topics dealt with by Senator Pucciarelli on behalf of the Italian Defense were the following: the integration process of the European Common Defense and, in relation to procurement, what role Italy plays in OCCAR in the vision of the European project.

"The war of aggression on Ukraine, together with the complexity of the current and foreseeable international security context, confirm the no longer deferrable need for the European Union to assume a role of credible geopolitical actor", says Senator Pucciarelli. “All this requires the development of a Common Security and Defense Policy of the Union in its entirety, making itself autonomous in its military capabilities. This is happening and the recent initiatives of the Council and the Commission on the future of European defense are confirmed, such as the fundamental and quite obvious step of last March 23 with the approval of the Strategic Compass ".

"Fortunately, attention is also growing today on the issue of joint procurement." The undersecretary continues "Today's event, in giving due recognition to the twenty-year success story of OCCAR, demonstrates in a concrete way - through the programs, deliveries, investments made - that a common European defense, a European defense market and an industrial base and European technology are objectives that can be pursued if supported by the common political will of the States and by the propensity of national industries to recognize European integration as the way to greater competitiveness and not downsizing ".

“Italy prefers to speak of 'cooperative procurement'; by which we mean the goal of buying - all and together - the same things, but after having decided - always, all and together - what we need, what is best to buy and how to produce it. This requires - as the director of OCCAR-EA Bisceglia also recalled - coordinated and synergistic cooperation on 3 simultaneous levels: between nations, between industrial partners and between international organizations ".

At the end of his speech, Senator Pucciarelli underlined how Italy believes in this vision, which is one of the strategic guidelines of its own 'Directive for industrial defense policy' recently issued by Defense Minister Lorenzo Guerini.

"The role of OCCAR therefore can and must be central to the European common defense project," concludes the undersecretary “Enhancing the action of OCCAR from a European perspective, linking it to EU processes, considering the flexibility in the management of third countries and building on existing agreements and relationships. In particular with EDA, in which Italy sees the synthesis element in which to achieve the convergence of capacitive gaps and operational requirements; the starting point for cooperation. "

Leonardo's leadership in the world market for twin-engine helicopters for VIP / corporate transport continues to ...
633
Read

The best of the space industry is focused on the upcoming lunar missions. A plan is taking shape ...
3047
Read 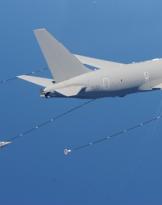 Signed today in Palazzo Guidoni, seat of the General Secretariat of Defense and National Directorate of Armaments, between ...
1820
Read 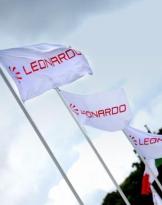 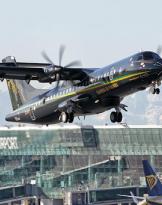 The handover ceremony took place a few days ago in Turin, at the Leonardo Velivoli site in Caselle Torinese ...
1824
Read 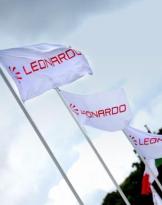 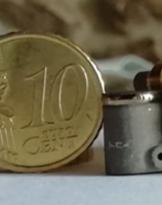 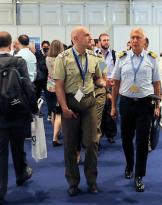 A delegation of Segredifesa, chaired by the general of the army corps Luciano Portolano, general secretary of ...
767
Read 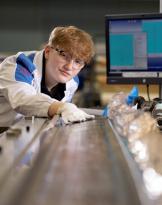 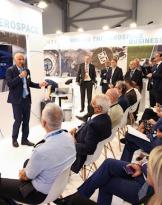