The future of defense? Predictive analysis 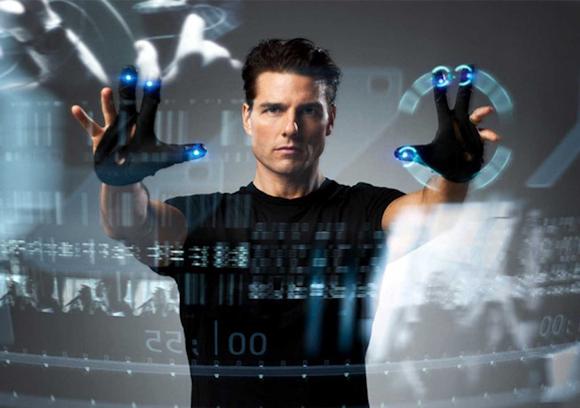 Never as in recent years have the ministries of defense of the main world powers, from China to the USA, from France to India, are adapting operational capabilities to the challenges of the 21st century. The impact of new technologies on military strategies and on the arms industry is comparable to the invention of gunpowder. Some themes like the digital transformation, cyber security, data driven approachArtificial intelligence and augmented reality have set priorities for the world defense industry.

Recently, General Vecciarelli - Chief of Defense Staff - who is responsible for the planning, preparation and use of the armed forces, hosted by Confindustria, referring to these issues stated "I have a feeling we're going towards the abyss". If he says so, you can believe it.

The big national industry companies talked about these issues a few weeks ago at the fourth edition of Cybertech Europe. All important topics that involve significant threats to national security and that national defense and security organizations inevitably face every day.

Unfortunately, the cultural delay in dealing with these topics makes it difficult to go beyond conventions and declarations of intent.

In the United States, on the other hand, in addition to the large companies operating in the defense world, a "startup" founded in 2015 by an Italian and two scientists at CERN in Geneva is rapidly making headway, confirming the fact that "our brains" out of poor Italy they do great things.

Neuro-Data, this is the name of the startup, developed an algorithm for thepredictive analysis of big data which uses artificial intelligence and machine learning. Unlike most AI engines, Neuro-Data has chosen to replace the neural network (neural networks) with a series of algorithms of mathematical origin. This approach, developed during advanced experiments at CERN in Geneva, allows the operator to monitor "how" and "where" the artificial intelligence generates the results output, delivering a level of transparency of the process so far impossible. 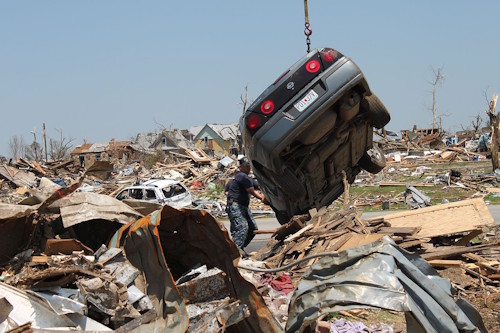 Il software developed can be adapted to the most diverse fields of application, from the economic, to the industrial, from food security to national defense, from logistics to intelligence, from the fight against health crises to trafficking in immigrants, from economic warfare to food emergency, from drug trafficking to prediction and intervention in case of viral diseases or bacterial infections, such as the rapid patient search zero.

To understand the applications of this software just think that in May 2011 a tornado struck the city of Joplin (photo) in Missouri with winds over 200 miles per hour, killing 161 people and injuring 1150. Joplin's is considered one of the tornadoes. which caused the greatest economic damage in the history of the United States: the damage is estimated at 2.8 billion dollars. In 2018 Neuro-Data started working for the city of Joplin to optimize the resources allocated by the federal government, and thanks to the use of an advanced algorithm (proprietary platform Incredibly ) local authorities can carry out a preventive economic evaluation taking into account the predictive analysis and the relative socio-economic implications.

Something similar is also happening in the state of Puerto Rico, where the government is using this software to program fiscal incentive policies having the ability to predict, with 99% accuracy, the impact of specific initiatives on GDP, on the labor market and trade balance. This predictive analysis allows optimal planning of infrastructural reconstruction, after the devastation caused by the hurricane that hit the Caribbean island in 2017.

The same software, with the necessary adaptations, can revolutionize the logistic support of any weapon system. In fact, the predictive analysis applied to the military logistics of a given structure (JFS - F35 for example) used in a given theater of operation, allows to predict where and when to intervene with maintenance activities, minimizing the risk of failures and maximizing the operational effectiveness of the instrument.

But it is in the operational component of the defense / security / intelligence sector that the interpolation of financial data, traces of movements, HUMINT information, social media and big data in general allows Ultra to group threats by category and priority, equipping the operator of an incredible ability to process information in multi-environment contexts very quickly.

This technology allows the visualization and identification in real time of "mega and micro trends" which, even in the field of security and defense, allow a reading of complex realities with a clarity and speed that are not comparable to the analysis of man.

Applications of this type are at the forefront in terms of "threat detections and predictions"in fields of primary interest such as drug trafficking, smuggling and counterfeiting and money laundering because they allow the analyst to have a link analysis elaborated with rapidity and scientific accuracy.

In our beloved Europe periodically hit by acts of terrorism, where security and common defense are more a mirage in which to delude oneself than a dream to be realized, these issues struggle to find a concrete application unlike what is already happening in the banking sector. Indeed, Neuro Data has developed for a banking client, the ability to predict with 99% accuracy, the solvency of clients taking out real estate mortgages, developing for the first time in history, a predictive functionality that can significantly mitigate the impact of a mortgage crisis such as that of 2008.

The predictive capabilities of the algorithm can save lives, can guarantee the safety of citizens, counter illegal trafficking and improve the future of communities but only the change of mentality of political-institutional decision-makers or human intelligence can create the conditions for application. of such technologies.

The launch of the Multipurpose Offshore Patrol Vessel (PPA) "...
4152
Read