Home Industry MBDA CAMMs Will Strengthen the Capabilities of ... 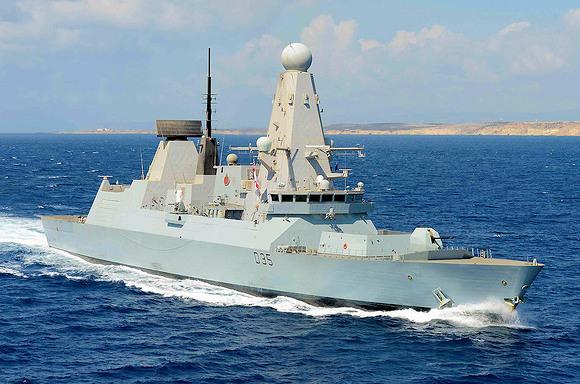 MBDA has been awarded a number of contracts to upgrade the air and missile defense capabilities of the six destroyers Type 45 of the Royal Navy.

You will see the CAMM (Common Anti-air Modular Missile) paired for the first time with a command and control system sea ​​viper (C2) updated.

The CAMM offers close air defense and will complement theAster 30, strengthening the capacity of the Royal Navy.

CAMM on Type 45 will give destroyers a 50% increase in the number of air defense missiles. The installation will take place via 24 additional launch cells and the Sea Viper C2 will receive a technological upgrade, which will provide him with an increase in processing power.

The 48 cells Sylver existing on Type 45 they will now be exclusively for the missile Aster 30 long-range, also subject to a recently announced midlife update. This will allow the missile to remain in service for the entire life of the Type 45.

The CAMM has already been delivered to both the British Army and the Royal Navy.

In service on frigates Type 23 of the Royal Navy updated, the CAMM will also be mounted on the Type 26 and on Type 31 in the future. The CAMM family has shown rapid success with international clients this year alone, such as Canada and Brazil.

Leonardo today signed a Letter of Intent with the Ministry of Defense (MoD) of Luxembourg and Skydweller Aero ...
7280
Read

The German armaments giant has formalized the offer to Leonardo for the acquisition of 49% of the shares ...
13066
Read

Leonardo had the honor of hosting His Highness Sheikha Mozah Bint Marwan Al Maktoum from the United Arab Emirates at ...
3762
Read

Elettronica SpA has acquired 70% of EltHub, a newco established by G&A Engineering Srl with the contribution of its ...
457
Read

The American arms factory Lockheed Martin has set itself the goal of doubling the production of counter-tank missiles ...
8729
Read