Home Industry France and Italy together to improve the ...

France and Italy together to improve the Aster-30 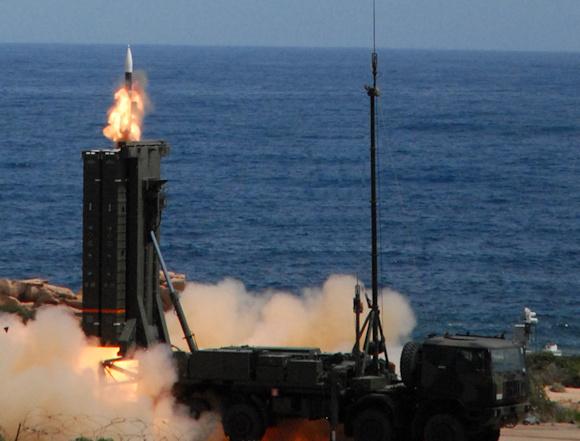 The Aster-15/30 surface-to-air missile system is the result of the Franco-Italian collaboration, thanks to the consortium Eurosam (which includes Thales and MBDA).

Currently the best performing system of the consortium is theAster-30 Block 1 which, together with the multifunction radar Arabel, allows you to engage targets up to a distance of 120 km.

However, given the performance of the American system Aegis and especially the Russian ones - such as the S-400 recently acquired by Turkey -, the consortium has decided to develop the interceptor missile Aster-30 Block 1NT with engagement capabilities (including hypersonic missiles) up to 1.000 km.

To support this performance, the new Aster, requires a more capable radar. Indeed, in July 2020, Thales announced the start of production of the multifunction ground radar Ground Fire 300 new generation, based on the so-called active antenna technology (AESA, active Electronically Scanned Array), which consists in integrating thousands of sensors, called "Transmitter Receiver Module" (TRM), with the aim of increasing detection capabilities and at the same time canceling the opponent's electronic countermeasures.

Il Ground Fire 300 offers 360 ° coverage in azimuth, up to 90 ° in elevation and within a 400 km radius. In addition, it is capable of simultaneously detecting and tracking a wide range of invisible targets (on the order of a thousand), which will prevent coordinated and saturating attacks.

Through the OCCAR (Joint Organization for Armaments Cooperation) which, on behalf of the General Directorate of Armaments (DGA) and the Italian SECREDIFESA, notified Eurosam the development contract of theAster-30 Block 1NT.

"The Aster-30 Block 1NT program responds to the need to develop our ground-to-air defense capabilities in a context of growing, faster, more maneuverable, more stealthy threats and implemented in contexts where cyber attacks are mixed, especially viruses and massive use of weapons to saturate the defenses ", explains the Ministry of the French Armed Forces, through a press release released on March 19.

Adding that this program "contributes to maintaining industrial expertise in a key sector for European defense and extends the capabilities of the only fully European medium-range ground-to-air defense system", aims to "modernize fire control by integrating, thanks to a latest generation radar, configured for the performance of the future Aster-30 Block 1NT Extended Capability missile, in particular for its maximum range significantly implemented compared to the current Aster-30 Block 1".

Leonardo today signed a Letter of Intent with the Ministry of Defense (MoD) of Luxembourg and Skydweller Aero ...
7290
Read

The German armaments giant has formalized the offer to Leonardo for the acquisition of 49% of the shares ...
13070
Read