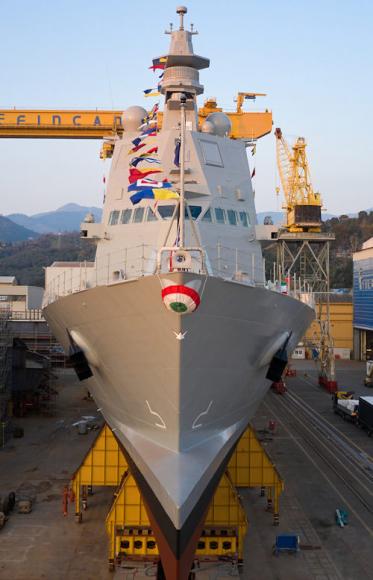 The ceremony, held in a restricted format and in full compliance with the anti-contagion requirements, was attended by Sen. Stefania Pucciarelli, Undersecretary of State for Defense representing Minister Lorenzo Guerini, Adm. Eduardo Serra, Logistics Commander of the Navy, and Giuseppe Giordo, General Manager of the Military Ships Division of Fincantieri.

Godmother of the ship was Mrs. Anna Maria Pugliese, daughter of the Admiral of the Gold Medal for Military Valor Stefano Pugliese, who was commander of the light cruiser "Montecuccoli", entered service in 1935 and disbarred from the Navy fleet in 1964.

This unit, the third of seven, will be delivered in 2023 and is part of the renewal plan of the operational lines of the naval units of the Navy decided by the Government and Parliament and launched in May 2015 under the aegis of OCCAR (Organization for Joint Cooperation in matters of armaments). 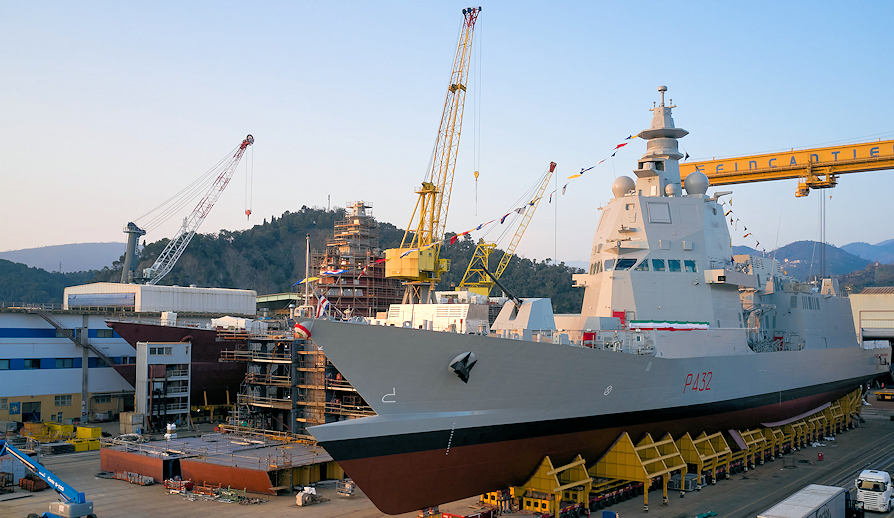 - A data-driven approach to design and manufacturing processes. This is the new model launched by ...
587
Read

The setting up of the amphibious unit (LPD - Landing Platform Dock) took place at the Palermo plant ...
1323
Read