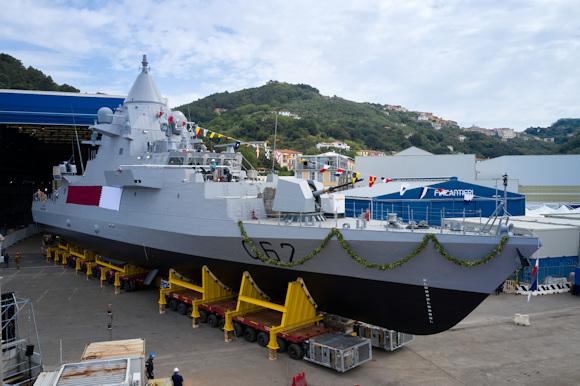 The technical launch of the patrol vessel (OPV - Offshore Patrol Vessel) "Sheraouh", second unit of the OPV class, commissioned to Fincantieri by the Ministry of Defense of Qatar as part of the program of national naval acquisition, which is worth almost 4 billion euros and, in addition to the 2 OPVs, both to be delivered in 2022, provides for the supply of 4 corvettes over 100 meters long and an amphibious ship (LPD - Landing Platform Dock).

The launch, which took place privately and in full compliance with all health requirements in force, was preceded by two other events for the Qatari Navy, broadcast respectively by La Spezia and Riva Trigoso: the inauguration of the "Halul 1" Training Center , where the training will take place on the job for the crews of the Qatari Navy, and the cutting of the first sheet of the LPD amphibious unit.

Among others, Major General (Pilot) Hamad bin Mubarak Al-Dawai Al-Nabit, Order dell 'Emiri Air Defense Forces, Brig. Jaleel Khalid Al Ruwaili, Director of the Directorate of Education and Courses of Qatar, Squad Admiral Enrico Credendino, Commander of the Schools of the Italian Navy, representing the Chief of Staff of the Navy, and Giuseppe Giordo, Director General of the Military Ships Division of Fincantieri.

The "Sheraouh" patrol boat, like its twin "Musherib" launched in September 2020, was designed in accordance with the RINAMIL for Fast Patrol Vessel (FPV) regulation and will be a highly flexible unit with the ability to perform multiple tasks ranging from patrol, to the role of combat ship. It has a length of about 63 meters, a width of 9,2 meters, a maximum speed of 30 knots, and can accommodate 38 crew members on board. 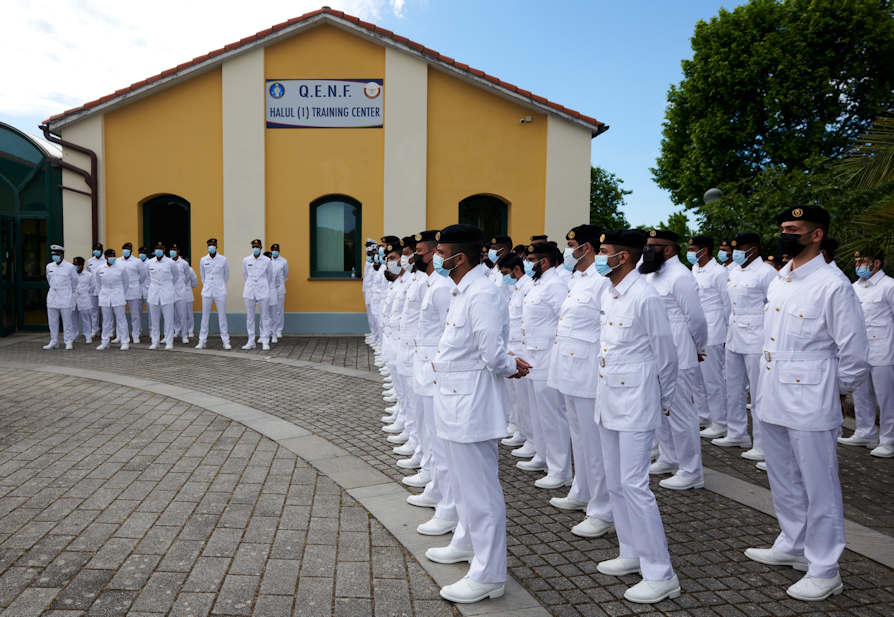 - A data-driven approach to design and manufacturing processes. This is the new model launched by ...
444
Read

The German armaments giant has formalized the offer to Leonardo for the acquisition of 49% of the shares ...
13115
Read

Leonardo had the honor of hosting His Highness Sheikha Mozah Bint Marwan Al Maktoum from the United Arab Emirates at ...
3770
Read