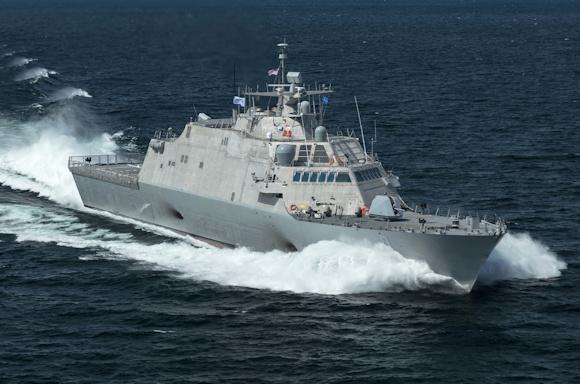 The US Navy has awarded the multi-billion dollar order for the construction of four Multi-Mission Surface Combatants (MMSC) units to the Kingdom of Saudi Arabia in the consortium led by Lockheed Martin, which includes Fincantieri Marinette Marine (FMM). as part of the country's Foreign Military Sales program.

Fincantieri will be the ship builder at his Marinette, Wisconsin facility recently visited by U.S. Vice President Mike Pence. The contract is worth approximately $ 1,3 billion for Fincantieri Marinette Marine.

Units Multi-Mission Surface Combatants they will stand out for being highly maneuverable, thanks to the flexibility derived from the monohull of the Littoral Combat Ship (LCS), class Freedom, built by the same consortium for the US Navy (so far 9 units have been delivered and another 7 are already in different stages of construction), with an autonomy increased to 5.000 nautical miles and a speed greater than 30 knots, which will make them capable of patrolling operations both coastal and offshore, capable of facing all modern threats to maritime and economic security.

Leonardo has announced the entry into service at the African Navy of two King Air 350ERs in Maritime configuration ...
1081
Read

GE Catalyst ™, the GE Aviation turboprop engine designed and developed from scratch in Europe thanks to the contribution of 6 States ...
2631
Read

Airbus and Singapore have decided to collaborate on the development of the A330 SMART Multi Role Tanker Transport (MRTT) for the ...
323
Read

Leonardo - global leader in the aerospace and security sector -, through its subsidiary Leonardo ...
275
Read

Leonardo signed a € 31,5 million contract with the European Space Agency (ESA) for the construction of ...
739
Read

Leonardo signed a contract with Lynwood (Schweiz) AG to acquire 100% of the Swiss helicopter company ...
1392
Read