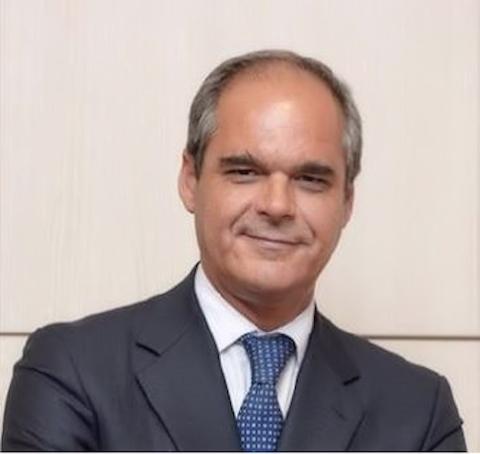 Giuseppe Giordo is the new General Manager of the Military Ships Division of Fincantieri to replace the Chief Executive Officer Giuseppe Bono, who until now maintained the interim. The appointment marks the entry into the Group of a manager who has thirty years of experience in the defense and aeronautics sector and will contribute to further strengthening the military business of Fincantieri.

In fact, over the course of his career, Dr. Giordo has developed a deep knowledge of the national and international markets, having held multiple top positions in Italy and abroad and consolidated solid and lasting relationships with the major operators in the sector.

The entry of Giordo is of particular importance not only for Fincantieri, but for the industry of the country that returns to make use of a strategic resource that makes its return from abroad.

Since January 2018, Giordo has been a member of the Board of Directors of the Saudi Aerospace and Defense Industry (SAMI), appointed by the Public Investment Fund of the Kingdom of Saudi Arabia, following a worldwide research and selection involving more of three hundred international executives. On the Board of Directors, the Kingdom of the Kingdom has the Minister of Industry and Energy (also President of ARAMCO), the Saudi Ambassador to Germany, the Minister of Tourism and State Secretary to the Central Government, the President of Saudi Airlines and the Governor of Saudi Small and Medium Enterprises. In April 2016, His Royal Highness Mohammad bin Salman Al Saud, Crown Prince of Saudi Arabia, announced the "Saudi Vision 2030" plan that defines the methodology and key actions for the economic development of the Kingdom of Saudi Arabia. One of the main initiatives is the development of a national aerospace and defense industry, with the aim of reducing military imports and stimulating the growth of other industrial sectors of the Saudi Kingdom. The ultimate goal, within the 2030, is to locate over 50 percent of military equipment spending in the country. To achieve this goal, the Public Investment Fund (PIF) has been appointed to set up the SAMI company which aims to lead this initiative with the main objective of centralizing the production of defense equipment and systems and contributing to development of a highly qualified workforce in Saudi Arabia. The Company, established at the end of 2017, will implement a national network of integrated services to support industries to increase the autonomy of the country, strengthening exports in the defense sector both at regional and international level.

From May 2016 to April 2019, Giuseppe Giordo was President and CEO of Aero Vodochody Aerospace Group, the largest and most historic aviation company in the Czech Republic. Giordo was the first foreign manager to hold the position of Group CEO. During the same period, Giordo was appointed President of the Confederation of Aeronautical Industries of the Czech Republic.

In less than three years, Giordo has re-launched and reorganized the group's company, transforming the company from a "low cost" supplier of products and services to an international leader in the field of aircraft and training services, also strengthening the role in the main international collaborations in the field of civil. Giordo availed itself of the support of a management team coming, in part, from the company of which he was the Managing Director in Italy and from others hired directly from the international market. In April, 2019 left Aero Vodochody Aerospace Group on completion of the strategic transformation of the Company, in concert with the shareholder.

From June 2015 Giordo is also a businessman, owner of the majority shares of two engineering and design companies operating in the naval sector.

From July 2010 to March 2015 was Chief Executive Officer of Alenia Aermacchi, with over 11.000 direct employees, about 40.000 resources directly involved in the induced, multiple factories in Italy and abroad and revenues of around 3,3 billion (over 4 billion) dollars). He was also Head of Finmeccanica's aeronautical sector (today Leonardo). Since he was appointed Chief Executive Officer of Alenia Aeronautica and Head of Finmeccanica's aeronautics sector, Giordo has started an improvement and industrial reorganization plan with the aim of increasing the company's commercial and industrial competitiveness. In 2011, Giordo has implemented the actions necessary for the reorganization of the national aviation sector, focusing investments on the most profitable programs, completing the merger process between Alenia Aeronautica, Aermacchi and SIA which, since 1 ° 2012, have become a single industrial entity named Alenia Aermacchi. Among the main lines of action implemented are to highlight:

- New organizational structure focused on the enhancement of the Commercial sector and production centers of excellence with particular attention to the Purchasing sector and the Suppliers' Park. In particular in the Purchasing sector, in addition to a complete reorganization of the supply line, significant cost reduction campaigns were launched and closed to increase the profitability of the most important programs.

- Rationalization of Italian factories with the movement and closure of seven sites (Brindisi, Casoria, Capodichino 1 and 2, Olgiate Olona, ​​Genoa, Rome) without any production or activity block. This operation concerned about 2.000 employees.

- Efficiency improvement of the Staff lines with their referral to market benchmarks (from 9% to 2.5% in three years) through staff reduction, requalification and outsourcing processes (passive billing, supervision, building maintenance, hardware management systems).

- Definition of career paths for all company levels with particular attention to young talents and to the management of "senior" company resources with specific training plans, support and skills release.

- Closure of union agreements with all 5 organizations present on:

The benefits deriving from the actions implemented by Giordo during his term of office as CEO are supported by the growth of the main economic indicators of the company. From 2011 to 2014 orders and revenues have increased respectively of 54,6% and 30%, with EBITA and FOCF from -57 million euro in the 2011 to + 246 million in 2014).

Giordo was Chairman of the Shareholders' Meeting of GIE / ATR (Airbus and Alenia), President of SuperJet International (Sukhoi and Alenia) and Chairman of the Board of Directors of Alenia Aermacchi North America. He was also a member of the Board of Sukhoi Civil Aircraft Company (Russian company), and was representative of the Italian shareholders of the Eurofighter consortium.

In the 2009, Giordo was appointed Deputy General Manager of Alenia Aeronautica and responsible for the company's tactical transport aircraft division. In this role he restructured and relaunched his responsibility programs through full mandate on related sales, engineering, procurement, human resources, production and related logistic support.

In the 2004 Giordo was appointed President and CEO of Alenia North America, responsible for the company's industrial activities in the US and Canadian markets. In this position, Giordo, coordinating a team of American resources, played a crucial role in the significant expansion of Alenia North America's presence in the United States, bringing the Company from an annual turnover of 15 million dollars in 2004 to a turnover of over 300 million of dollars in the 2009. In addition, under his responsibility, in the 2007, Alenia, with its US partner, was selected and signed the contract for the Joint Cargo Aircraft program for the supply of C-27J tactical transport aircraft to the Air Force and the Guard United States national team. Furthermore, in the 2008, Alenia was awarded the contract signed with the Department of Defense for the supply of the modernized version of the G.222 to the Afghan Air Forces. This contract allowed the reopening of the Capodichino plant where the related activities were carried out. In the civil sector, under the guidance of Giordo, Alenia North America formed the Global Aeronautics, a joint venture with the US Boeing Company, for the supply and integration of part of the fuselage of the Boeing 787.

Throughout his career, Giordo has established solid and lasting relationships with the major international players in the aerospace field, including Lockheed Martin, Boeing, Airbus, L-3, Bombardier, Embraer and Sukhoi, with whom he established solid industrial collaborations and commercial.

Giordo also has a deep knowledge of international markets and has managed collaborations and signed contracts in all geographical areas of the world. As an example in South America with Brazil, Peru, Chile and Argentina, in North America with Canada, United States and Mexico, in Europe with France, UK, Spain, Sweden, Romania, Bulgaria, Poland in the Middle East with Israel, Egypt , Kuwait, UAE, Saudi Arabia, Iraq, Oman, in Africa with Morocco, Nigeria, Senegal and South Africa, in Asia with Vietnam, India, Malaysia, Indonesia and Pakistan. Giordo has also worked extensively with Australia and Russia.

Giordo becomes part of the Finmeccanica group in the 1990 and, starting from the minimum clerical level for a young graduate, covers multiple positions that lead him to assume wider responsibilities, both in the management of international programs and in the development of international business.

Born in Treviso in the 1965, Giordo graduated in law. For three years, he served in the Italian Air Force. He is married and has two children. 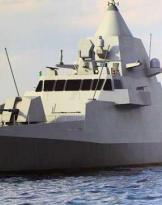 Fincantieri, one of the most important shipbuilding complexes in the world, and the Ministry of Defense of Qatar, through ...
1367
Read 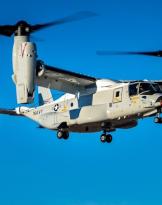 The first CMV-22B Osprey completed the first flight operations. The aircraft is the latest variant of the fleet of ...
1722
Read 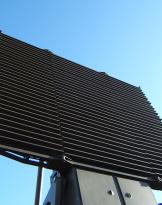 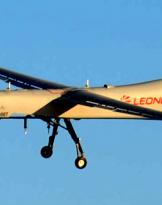 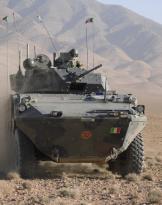 December 27, 2019 was signed at Palazzo Guidoni, headquarters of the General Secretariat of Defense and of the Directorate ...
3238
Read 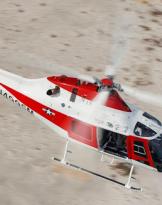 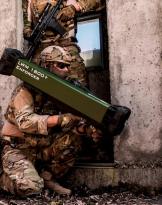 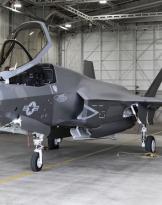 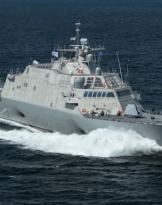 The US Navy has assigned to the consortium led by Lockheed Martin, which includes Fincantieri Marinette Marine (FMM ...
1051
Read 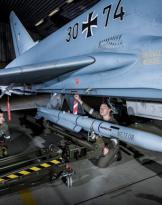 MBDA has received an order for further air-to-air missiles beyond visual range Meteor in favor of the German Air Force ...
1136
Read