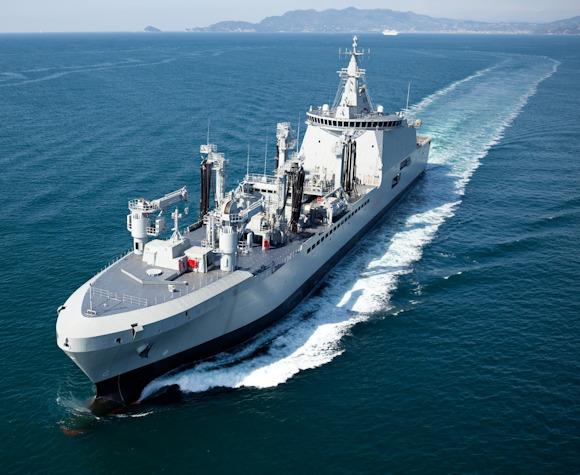 The “Vulcano” LSS (Logistic Support Ship) logistic support unit, commissioned to Fincantieri as part of the Navy's fleet renewal plan, was delivered today at the Muggiano site of the Naval Integrated Shipyard.

The multi-year program for the renewal of the Navy fleet, in addition to the LSS, provides for the construction of the LHD transport and landing unit (i.e. Landing Helicopter Dock) “Trieste”, also under construction at this shipyard with delivery in 2022, as well as seven Polivalenti of Altura Patrol (PPA), which will join the fleet of the Armed Force starting this year.

The fundamental characteristic common to all three classes of ships is their high level of innovation which makes them extremely flexible in the various profiles of use with a high degree of efficiency. In particular, these units have a double employment profile (the so-called dual use), that typically military and that in favor of the community (such as for civil protection operations); in addition they have a low environmental impact, through advanced systems of auxiliary propulsion with low pollutant emission (electric motors).

The "Vulcano" ship project is the basis of the FLOTLOG ("Flotte logistique") program, which envisages the construction of four LSS for the French Navy by the temporary consortium formed by Chantiers de l'Atlantique and Naval Group, as part of of the Italian-French LSS program led by OCCAR (Organization for Joint Cooperation in Arms Matters). The construction of the bow sections of these ships was entrusted to Fincantieri, which last month set up the first at the Castellammare di Stabia shipyard.

Ship "Vulcano" is certified by RINA (Italian Naval Register) in accordance with international conventions for the prevention of pollution, both for the more traditional aspects such as those dealt with by the MARPOL Convention, and for those not yet mandatory such as the Hong Kong Convention dedicated to the demolition of ships. 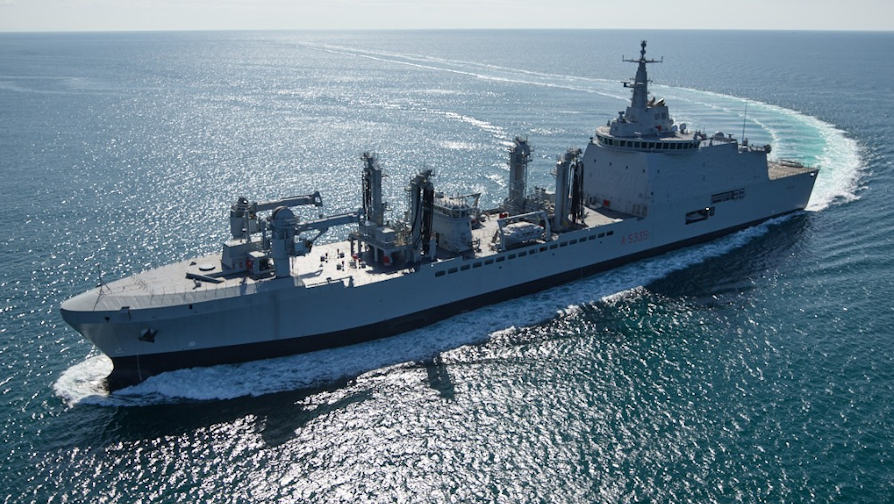 The LSS is a logistic support unit for the fleet also equipped with hospital and health capacity thanks to the presence of a fully equipped hospital, with surgical, radiology and analysis rooms, dental cabinet and hospitalization area that will be able to receive up to 17 seriously ill patients . The ship combines the ability to transport and transfer to other naval units liquid cargo (diesel, aviation fuel, fresh water) and solid cargo (spare parts, food and ammunition) and to carry out repair and maintenance operations at sea in favor of other units . Defense systems are related to command and control capability in tactical scenarios, communications and non-lethal dissuasive defense systems.

The unit is capable of embarking even more complex defense systems and becoming a platform for intelligence and electronic warfare systems.