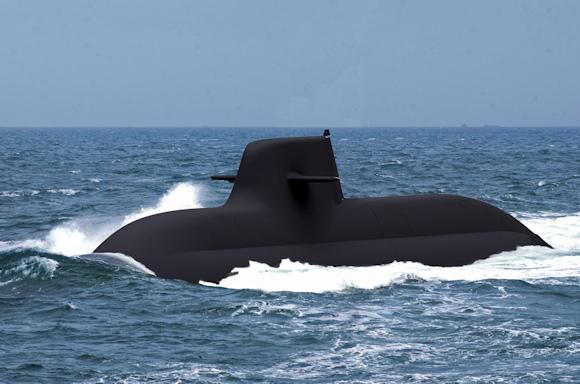 Fincantieri, one of the first shipbuilding groups in the world and reference operator in military naval engineering, will today sign as prime contractor with OCCAR (Organization Conjointe de Cooperation en matiere d'Armement, the International Weapons Cooperation Organization), the contract for the construction of 2 new generation submarines with the option for a further 2 units, as part of the U212NFS (Near Future Submarine) acquisition program of the Italian Navy.

The total value of the contract for the first two boats, including the related logistical support, is 1,35 billion euros.

The project is an evolution of the U212A program, conducted in collaboration with the Germans of thyssenkrupp Marine Systems, which led to the construction of 4 submarines for Italy - "Todaro", "Scirè", "Venuti" and "Romei", delivered by Fincantieri between 2006 and 2017 - and 6 for Germany. According to the most accredited analyzes these propulsion boats air independent, due to their technological content, they have shifted the balance from the post-war period between nuclear and conventional units.

The U212NFS program, which provides for the first two deliveries in 2027 and 2029, responds to the need to ensure adequate surveillance and control capabilities of underwater spaces, given the complex operational scenarios that will characterize the future of operations in the sector underwater and the approaching end of the operational life of the 4 units of the “Sauro” class currently in service. It will also serve to preserve and increase the strategic and innovative know-how industrial development gained by Fincantieri and to consolidate the technological advantage achieved by the company and the supply chain, because the presence on board of components developed by the national industry will be enhanced.

The tasks that our submarines carry out daily in favor of the community are many, satisfying the demands of the Government and the most important alliances in which the country participates, NATO and the EU: to the purely military missions, we add those relating to freedom of navigation. , anti-piracy, the safety of energy supply routes (by virtue of the resources of the seabed and of the underwater infrastructures present), respect for international law, the fight against terrorism, the protection of external borders, the protection of maritime infrastructures, including vital off-shore and underwater ones, and last but not least the control of the presence of cetaceans.

Giuseppe Bono, CEO of Fincantieri, commented: “We are proud that the recognition of our abilities by the Navy and the German partner has led to an evolution of relations such as to guarantee us the role of design authority on the one hand, and that of prime contractor on the other. Compared to the submarines of the previous class we will make an authentic technological leap, starting from the design and the combat system, developed together with Leonardo and of which we are in charge of the integration on board. This will allow Italy to remain in the very small circle of countries capable of building such sophisticated units ". Bono continued: "Once again, a qualified induced, made up of small and medium-sized enterprises in the sector, will be driven by our activities, helping to generate a significant contribution in terms of GDP, employment and progress in the field of research and development".

On the occasion of the twenty-year operational anniversary of the Joint Organization for Cooperation in the field of Armaments (OCCAR ...
22
Read

Leonardo and Aeroporti di Roma announced, on the occasion of the World ATM Congress which has just ended in Madrid, ...
237
Read

PZL-Świdnik, the Polish company wholly owned by Leonardo, obtained from the Ministry of Defense of ...
949
Read