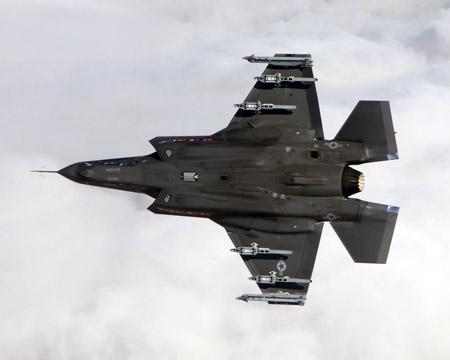 A delegation from the US Department of Defense led by the secretariat for acquisition, technology and logistics, Frank Kendall, made a visit yesterday to the plant managed by Finmeccanica-Alenia Aermacchi at the military aeronautics base in Cameri (Novara), which specializes in assembly of wing components under the F-35 Joint Strike Fighter (JSF) program.

Kendall was welcomed by the Secretary General of Defense, Enzo Stefanini, Pasquale Preziosa, Chief of the Air Force General Staff, the CEO of the US Lockheed Martin Corporation, Marillyn Hewson, and the Chief Executive and General Manager of Finmeccanica, Mauro Moretti, who illustrated the characteristics of the role played by the Italian group in the F-35 program.

Kendall has expressed satisfaction with the high technological standards of processing, the high quality levels of the productions as well as the respect of the expected delivery times.

The F-35 program will guarantee, in full operation, employment in Italy of approximately 1.500 direct employees.

Including the induced, the amount of the national workforce will reach, in the same period of time, a total of 6.500 units.

Finmeccanica-Alenia Aermacchi - leader of a pool of 25 Italian companies including other companies of the Finmeccanica group such as Selex ES and OTO Melara - expects to build approximately 800 complexes.