Exhibition of the Italian defense industry 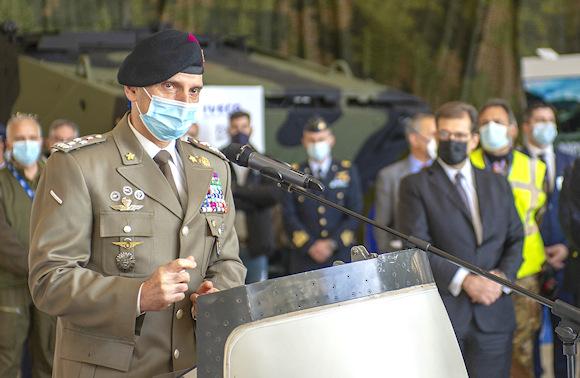 "It is necessary that the relationship between the Armed Forces and industry evolve towards a synergy between all the interested components, taking into account the priority needs for the capacitive development of the military instrument and the objectives of technological innovation and competitiveness of the entire country".

With these words, the general of the army corps Luciano Portolano, general secretary of defense and national director of armaments, kicked off on November 19 the exhibition day dedicated to the means and equipment produced by the Italian defense industry.

The event, a natural continuation of the two days of work on Industry Forum was born, took place in two locations: the first part inside the Italian Air Force base in Pratica di Mare, with a static display of Army and Air Force vehicles and materials, and the second on board the aircraft carrier Cavour, flagship of the naval team of the Italian Navy, moored at the port of Civitavecchia.

The day served as a concretization of the discussions that took place at Industry Forum was born, which for the first time took place in Italy on 17 and 18 November, and provided a tangible example of the Italian excellence of the defense industry.

Among others, Ambassador Francesco Maria Talò, Italian permanent representative to the North Atlantic Council, the honorable Guido Crosetto, president of Aiad and a group of industrial representatives and military attachés from the Atlantic Alliance.

Leonardo today signed a Letter of Intent with the Ministry of Defense (MoD) of Luxembourg and Skydweller Aero ...
7175
Read

The German armaments giant has formalized the offer to Leonardo for the acquisition of 49% of the shares ...
13045
Read