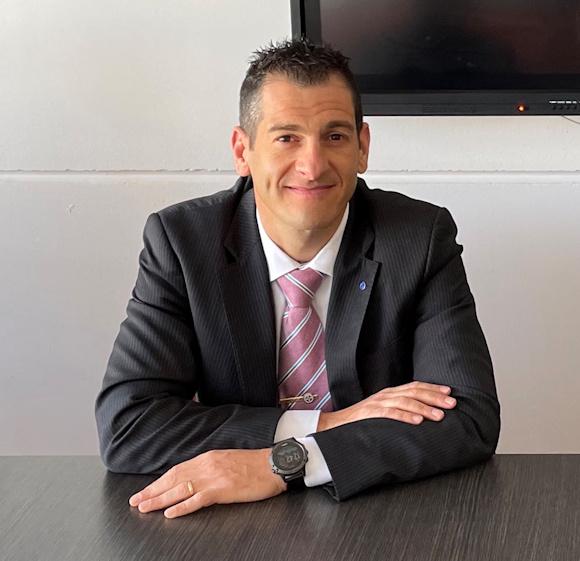 We had the opportunity to meet some representatives of the Ravenna-based company for an interview behind closed doors ASTIM srl, active in the development of Mission Systems and C2, C3I, C4I Systems for small and medium naval units, land vehicles and special forces, through search and rescue up to security systems for the protection of sensitive infrastructures.

Maurizio Minghelli - the founder - tells us that the birth of the company, a bit like the great majors who have conquered the market today, was born in a garage and is actually “the result of a sum of mistakes”. The initial intentions were to create a commercial company that distributed high-tech products in the world of pleasure craft, targeting a very wealthy clientele, taking advantage of import contracts with the main high-tech manufacturing companies for the sector. However, due to the crisis in the nautical sector of 2008, the company found itself having to undertake a change of course by reviewing its industrial strategies and focusing on the development and implementation of Mission Systems.

The basic idea was to supply these proprietary products to institutional clients such as the Coast Guard, the Fire Department, etc. thus guaranteeing solutions with a high technological content with the adequate degree of integration for the required tasks.

Specifically, it refers to integrations of electro-optical equipment, radar systems in order to perform tasks such as SAR activities rather than anti-piracy. In particular, the latter, following the problems that emerged in 2009 in the Gulf of Aden, made it possible to obtain interesting opportunities. 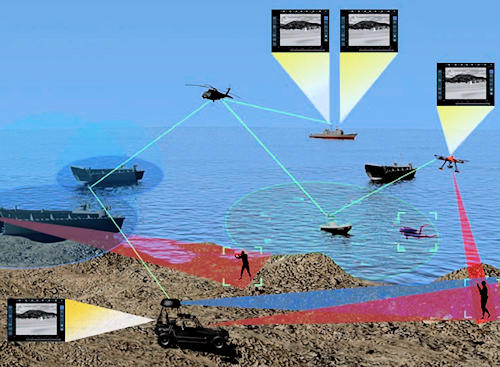 From that occasion, in fact, a path was born that led ASTIM to develop a real one in addition to mission systems Combat Management System (CMS) and to structure itself as a manufacturing company. The market required to confer not only technology, but also added values ​​and integrated pre-sale and after-sale services, thus deeply implementing the service activity to support its customers, as well as guaranteeing the continuous growth of the products themselves. .

To date, the company has several business lines at the base of which there is a product equipped with transversal technologies for all markets that allow ASTIM to provide concrete solutions to the military world - both naval and terrestrial - reaching to specialize in the sector of the projection of forces from the sea with all that follows.

All this, however, without ever losing relations with the world of emergencies and civil industry that allows you to constantly finance and support industrial activities, thus compensating for orders from the Defense world that have other execution times due to the complexity of the activities and which can, therefore, last up to several years.

The market where ASTIM operates is mainly aimed at a national clientele even if the company is present abroad thanks to numerous collaborations with other national companies that export outside Italy. 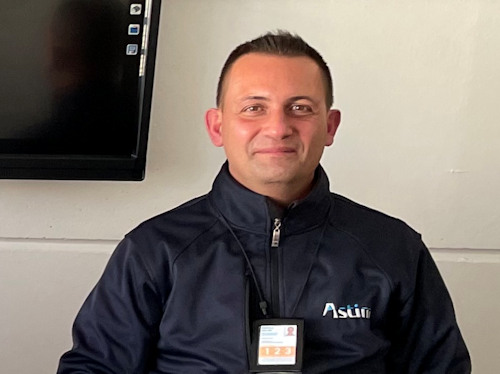 Eng. Daniele Solari, Proposal & Program Manager, tells us instead some of the main successes of the company that have allowed it to establish itself more and more on the market starting from the tender won in 2019 with the Port Authority of the Strait of Messina, carried out in the supply of a SeaGuardian® system at the Authority's operations center and two other SeaGuardian® TMS SAR MK4 mission systems on two naval units. The Port Authority from this operational center has the possibility to connect to the two aforementioned platforms, making the three mission systems completely interoperable with each other. All this was possible thanks to a memorandum of understanding drawn up with the guild of port pilots and with the Coast Guard, who made their naval units available.

This modular architecture system was particularly appreciated byPort Authority of the Strait and in the next few years it is assumed that it can be implemented with the creation of further exchanges and new units involved to better monitor the entire flow of traffic within the Strait. The satisfaction of this contract was in demonstrating how an SME like ASTIM can provide a system that controls one of the most important maritime crossroads present in national waters, coming to attract the interest of the NCIS logistics division of the 6th US Navy Fleet of Naples. , who wanted to directly verify the architecture in use at the Port Authority of the Strait. 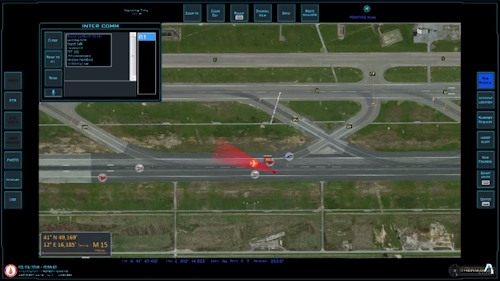 A more recent success was the awarding of a tender as supplier of Iveco Magirus for the Fire Brigade for the supply of 39 Dragon 6x6 vehicles for airport use, proposing the THERMONAV® DEVS MK4 mission system. This tender - Minghelli intervenes - was the result of past experiences and collaborations since in 2016 the company had previously won a tender called by the Ministry of Fire Brigade for the supply of the aforementioned system at the emergency centers of the twelve main national airports.

Furthermore, as far as the Navy is concerned, the company is involved in the LHD program, having already supplied four SeaGuardian® TMS NSOF MK2018 systems on LHD LCM organic vehicles in 4. It is undoubtedly an important project which is part of the Naval Law wanted by Admiral De Giorgi. This is an important opportunity for the company to collaborate with the most important national companies such as Leonardo and Fincantieri, bringing the company to new structures and configurations to get to deal in an at least symmetrical way with the big players. 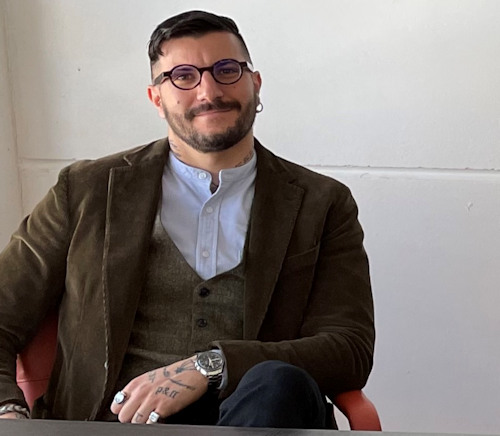 The important latest purchase Mattia Centineo, as Proposal & Program Manager, talks to us about the main programs in place with future prospects. As told above by Eng. Solari, the company's participation in the LHD program has led ASTIM to interface with what is one of the most important companies at a global level in the tactical communication sector: L3Harris.

The strength of ASTIM lies in the ability to interact daily with its customers for the realization of any technical solution suitable for specific missions, be they special or conventional. This constant interaction between military departments and industry guarantees mutual growth able to create solutions that are increasingly adhering to the complex needs of the assigned tasks. The engineering support for everything related to the world of L3Harris tactical communications, is part of this industry-defense collaboration and began about three years ago and has now been formalized and concretized with ASTIM which provides through an agreement with the Italian dealer of L3Harris - Tecnodife SRL - engineering support 365 days a year to customers.

This agreement, thanks to the know-how of the ASTIM engineering department, allows the end user to be able to respond to their operational needs also through solutions that provide for the integration of the C4 component with their platforms.

One of the most satisfying results for the company was to make the customer perceive the continuous availability and competence of ASTIM in the sector, also highlighted by the permanent relocation of its sales to Rome, precisely to be close to the nerve centers of Defense. 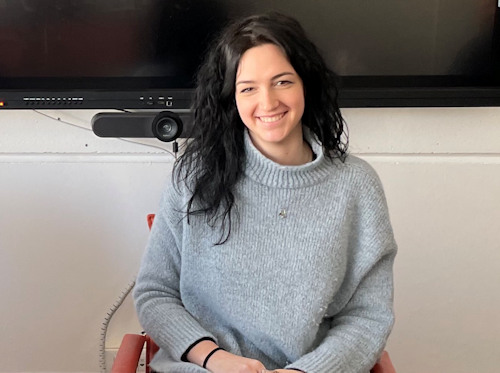 One of the most representative examples of this collaboration between industry and defense are the JTs (Joint Trials) organized annually by ASTIM - continues Minghelli - and the last in order of time dates back to 2019 (JT19), strongly desired by the company and consisting of an entire week of operational campaign and testing in close contact with the end user, in order to test their integrated systems with assets already in use by the Armed Forces. Unfortunately, due to Covid, the construction of the JT20 was not possible, but we are working with confidence for the construction of the JT21.

To conclude the interview, Annalaura Benacchio, ASTIM's Strategic Marketing Officer, reveals the company's participation in the Fair SeaFuture 2021 at the Maritime Military Arsenal of La Spezia, scheduled from 14 to 17 June.

“The commitment to be present at a fair of such importance - argues Dr. Benacchio - wants to be seized as a signal to restart and an opportunity for the company that will present both products already widely distributed on the reference market, and the interesting novelties that will see their debut on this occasion ".