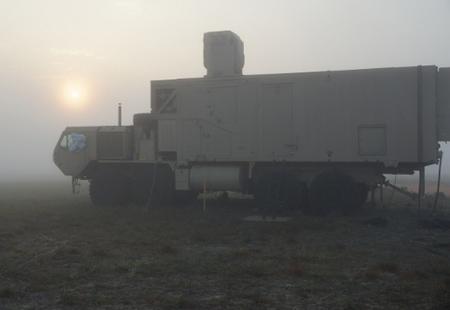 Boeing and the U.S. military tested the capabilities of the High Energy Laser Mobile Demonstrator (HEL MD) in the marine environment, successfully engaging a variety of aerial targets at the Eglin Air Force Base in Florida.

"In wind, rain and fog conditions, working with a 10 kilowatt laser has been the most difficult to date," said Dave DeYoung, director of Boeing Directed Energy Systems. "As demonstrated at the White Sands missile range in New Mexico in 2013 and at the Eglin base this spring, HEL MD is reliable and able to acquire, monitor and attack targets in different environments, demonstrating the military validity of the systems. direct energy ".

In the most recent demonstrations, HEL MD used a 10-kilowatt high-energy laser installed on an Oshkosh tactical military vehicle. The demonstrator is the first high-power anti-rocket, anti-artillery and anti-mortar (C-RAM) laser platform to be built and unveiled by the US military.

"With capabilities such as the HEL MD, Boeing is demonstrating that direct energy technologies can enhance the performance provided by existing kinetic weapons and offer a significant reduction in cost per shot," added DeYoung. "With the cost of diesel fuel alone, the laser system can fire repeatedly without wasting valuable ammunition or extra labor."

Over 150 air targets, including 60mm mortar rounds and unmanned aerial vehicles (UAVs), would have been successfully engaged during the last two series of trials. The next step will be to install a 50 or 60 kilowatt laser on HEL MD to test the anti-mortar and anti-UAV capabilities at the new, tactically relevant, power level.