Home Industry Airpower 2022: in evidence the planes and ... 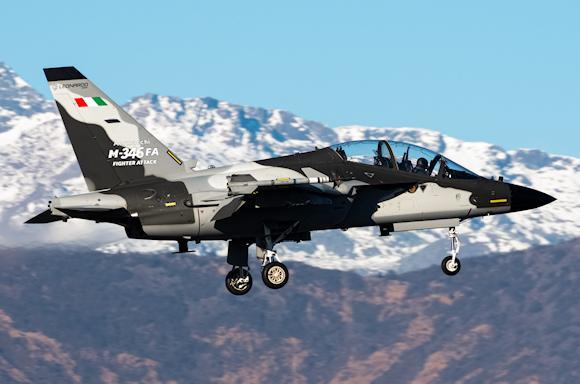 The Zeltweg Airpower '22 represents a real stage for Leonardo's helicopters and aircraft, with a particular focus dedicated to the most advanced and effective fixed-wing and rotary-wing solutions able to meet the current requirements of Austria. Among the rotary-wing aircraft, two AW169M helicopters of the Italian Army (designated UH-169B), designed and manufactured by Leonardo, can be seen in the static area and in flight.

In January 2022 Leonardo and the Directorate for Air Armaments and Airworthiness of the General Secretariat of Defense / National Directorate of Armaments signed the Acquisition Agreement with the Austrian Ministry of Defense for the supply of AW169M LUH (Light Utility Helicopter) helicopters. The contract was concluded as part of the Italy-Austria Government-Government Agreement (G2G). This bilateral collaboration aims to establish a strategic partnership between the two countries in the helicopter sector, with Austria looking to Italy and the AW169M LUH program for the replacement of its Alouette III aircraft, in service since the 60s. The program foresees the delivery of 18 helicopters, the first of which by 2022 - as well as a complete and customized support and training package - capable of carrying out a wide range of missions in support of the needs of the Austrian defense and the national community. , such as troop transport and other operational tasks in the military, disaster relief and first aid, firefighting, mountain rescue and MEDEVAC. The Austrian crews will take advantage of the initial training provided thanks to the support of the Italian Army and their experience as an AW169M LUH operator, also benefiting from the provision of dedicated training and simulation devices.

With over 300 units already ordered around the world carrying out a wide range of tasks, about 150 already delivered and over 120.000 flight hours, the AW169 is the only latest generation helicopter introduced in its market segment in about 40 years. It features advanced avionics, the most spacious cabin in its class, high versatility and the best power-to-weight ratio thanks to exceptional overall performance. Several other military, law enforcement and fire service operators have already chosen the AW169 in Italy (Army, Guardia di Finanza, Carabinieri) and in the world (Norway, Slovenia, Japan, Republic of Korea, Indonesia).

Among fixed-wing aircraft, AIRPOWER22 will also see the presence, on static display and in flight display, of two M-346 Master aircraft in the "Advanced Jet Trainer (AJT) configuration of the Italian Air Force (designated T-346A by ITAF ). Leonardo's M-346 is the ideal candidate for replacing the Austrian aviation Saab 105 fleet as it can meet both Austrian training requirements and Air Policing missions.

The M-346 Master is a twin-engine jet aircraft, which can perform next-generation advanced trainer / lead-in-fighter (LIFT) and multi-role light combat aircraft duties. In its basic "Advanced Jet Trainer (AJT)" configuration, it has been purpose built for a wide range of training capabilities, long-term reliability, cost-effectiveness. The aircraft is the central element of an integrated training system consisting of simulators and ground training devices, which includes the possibility of reproducing the most complex operational scenarios in a "Live, Virtual, and Constructive (LVC)" environment, a capability developed for allow future pilots to develop knowledge, skills and tactical doctrines essential to effectively exploit the most modern defense aircraft.

More than 100 M-346s have been ordered to date by air forces around the world including Italy, Israel, Poland, Singapore, Qatar and Greece. The T-346A of the Italian Air Force visible in Zeltweg trains pilots destined to fly on 4th + and 5th generation fighters from Italy and allied countries, including the Austrian Air Force. It is also the spearhead of the International Flight Training School (IFTS) ", the advanced flight training center based in Italy born from the strategic collaboration between the Italian Air Force and Leonardo, and already an international reference for the training of military pilots, where pilots from countries such as Japan, Germany, Qatar and Singapore are already successfully training.

In the “Fighter Attack (FA)” configuration, the M-346, while retaining all the training features of the trainer, becomes an effective light operational aircraft through the integration of latest generation equipment and sensors. The M-346FA is equipped with the "Grifo-M-346" multi-mode mechanical scanning radar, developed by Leonardo and optimized for this aircraft and is also protected by a complete passive defense system, while the integrated communication and tactical data-link ensure broad operational interoperability. The M-346FA can adopt different types of armaments and external loads, including air-to-air and air-to-surface ammunition (including IR guided, radar and / or laser / GPS), cannon pod, reconnaissance and designation pod targets.

A delegation of Segredifesa, chaired by the general of the army corps Luciano Portolano, general secretary of ...
1268
Read

Airbus Defense and Space has developed and tested a cargo system that allows you to carry military cargo ...
2064
Read