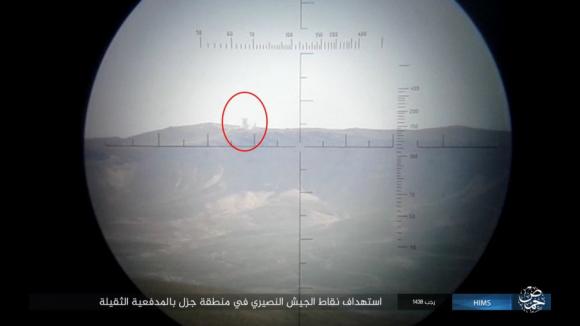 The war in the Golan region in Syria continues virulently. The news of Assad's troops wins on all fronts, pushing Israel to the countermoves. The Dar'a area, close to the border with the Jewish state, is at the center of very tough confrontations between pro-Damascus and rebel forces.

The alliance between Hay'at Tahrir Al-Sham and Free Syrian Army, resulted in the sign Muhammad Army, he continues in his attempt to bring pressure back to Damascus (just 80 km away) and to divert fresh Syrian forces from the reconquest of the whole southeast of the country.

After the heavy defeats of the past few days, the rebels are at this time concentrating their efforts on the city of Khirbet Ghazaleth, where a heavy artillery fire would be underway to hit loyalist logistic infrastructures.

On the Syrian shore, unit of the Golani Regiment of the National Defense Forces and departments of the 4a Mechanized division would be joined by Shiite paramilitaries and in particular by the so-called Radwan Division di Hezbollah, formed by highly motivated and well-trained assault troops.

Israel's main concern is precisely the increase in the presence of Hezbollah on the border strip between Syria and Jordan reconquered by Assad and in particular in the territory between the Golan and Dar'a. The area behind Quneitra (an abandoned Syrian city) officially demilitarized by the UN after the 1967, is in great turmoil. The Syrian army's effort to reconquer this piece of southern border even after Suweida's important spring victory was countered by Tel Aviv with direct involvement from the very first moment. The Israeli air force has carried out numerous raids against Syrian troops in recent weeks, guaranteeing de facto air coverage to the rebel jihadist militiamen. 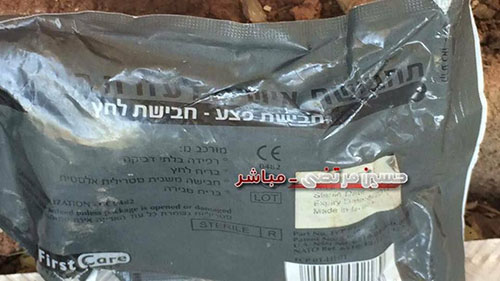 The possible US withdrawal from the Syrian-Iraqi border post of Al Tanf, now without strategic importance, and the possible transfer of pro-Western rebels from Al Tanf to Syrian Kurdistan, further increases Israel's anxiety, forced to increase the defenses on the Golan to avoid being in a situation worse than the start of the war in Syria.

The direct and indirect Israeli military activity is constantly increasing. Arabic sources speak of the find at the posts of Hay'at Tahrir Al-Sham of equipment supplied by the Jewish state. Hay'at Tahrir Al-Sham (Movement for the Liberation of the Levant) is a federation of 17 Sunni jihadist groups created in northern Syria (governorate of Idlib) but also present in the south. The prevailing group would be attributable to Al Nusra, the former Syrian al Qaeda.

Hizbullah seizes the opportunity to rejoin Israel's borders after the 2006 war in Lebanon. Among the legacies of the Syrian tragedy, there will indeed be the increased credit of Hezbollah, banned by the Arab League as a terrorist group, but now a bastion of resistance against the Sunni-Filipalities for the entire Shiite world.

According to a study by Dima Adamsky, professor of the Herliya Center for Interdisciplinary Studies, Hezbollah from entering the war in Syria it would have evolved from a guerrilla force to a complex system, acquiring broader combat capabilities (strategy, electronic and technological warfare), thanks to unspecified aid from Moscow.

Meanwhile the war continues. In these hours clashes continue throughout the southeast.

Having reclaimed central Syria (Assad's troops have swept the ISIS out of the Khanasir area), the Syrian army continues to march towards Deir Ezzor, still finding strong resistance from what remains of the Islamic State.

Russian special troops are reported east of Palmyra from Iraq's Shiite TV At the Ghadeer. The conquest of the fortress of Al Sukhnah is expected before the end of the summer. At that point we will understand the extent of the match between Syrian Democratic Forces supported by the US and government, supported by Russia and Iran.

Assad's reconquest of the Euphrates course between Syria and Iraq would be a heavy strategic defeat for the US-led anti-ISIS Coalition. In this regard, the USA is running for cover and puts its hands on, studying a long-term stay in the Arab country: a few days ago the announcement that the Tabqa air base, torn by the SDF at the Caliphate near Raqqa, it will be used by the U.S. Air Force.

Arrived on time even the accusation of the FSA of the use of chlorine gas by the Syrian army in the suburbs of Damascus. The announcement is no coincidence that immediately after the threat of Washington that warned Assad from the imminent use of non-conventional weapons, under penalty of heavy US intervention against the Syrians. 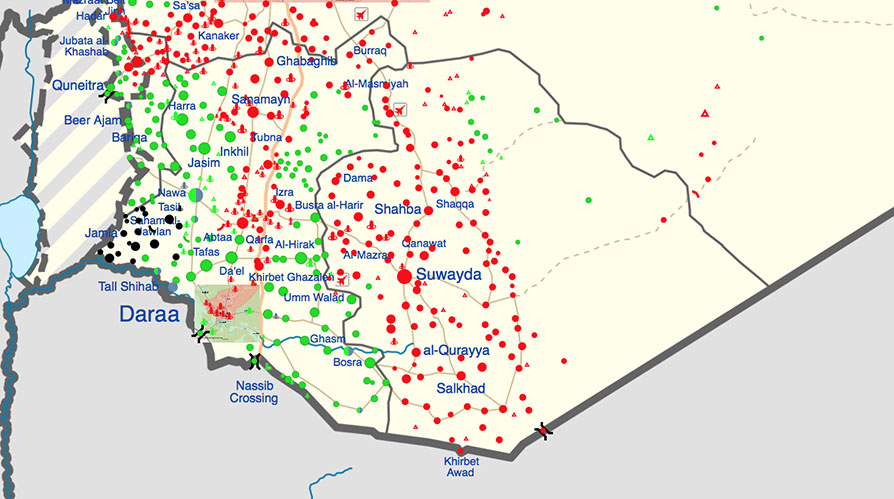