Home geopolitics Venturi Times Syria: the US wire militias agree with the ...

Syria: US wire militias agree with ISIS to evacuate Raqqa? Islamists ready to reorganize in Jordan 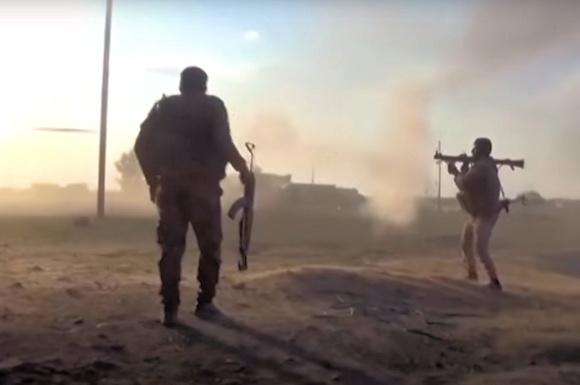 The turning point of the war in Syria seems to have arrived. Two facts contribute to change the situation, for some paradoxical aspects:

- The Syrian Democratic Forces, Arab-Kurdish militias backed by the United States, have reached the outskirts of Raqqa, the self-proclaimed capital of the Islamic State in Syria.

- Assad's army defeated ISIS's defenses in the plains southeast of Aleppo, coming into contact with the SDFs.

In essence SDF and Syrian troops descended along the two shores of Lake Assad (generated by the damming of the Euphrates River) converging on Tabqa and Raqqa, located at the southern end of the basin. Now the reckoning seems to have come.

American hunt taken off from the aircraft carrier George Bush who crosses the Mediterranean have begun to hammer Raqqa, while the SDF, aided by US special forces, are engaged in land operations on the outskirts of the city. The attack, however, leaves the escape route open to the south and allows the militiamen of the Caliphate to abandon the so-called capital. The bulk of the fighters would have already left the city by moving to the front of Deir Ezzor, while in the city center only suicide units would remain. The move, feared by a few weeks, is a bad joke for the Syrian government forces that will be in the coming days the reinforcements of ISIS, generously let flowed from the north. 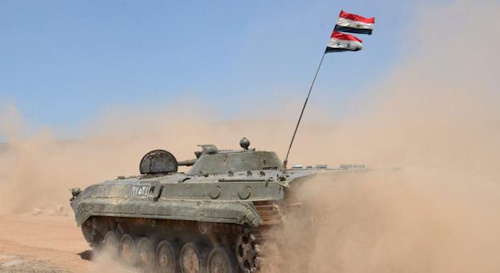 The knots came to the comb. Skirmishes between the government and the SDF have already occurred west of Tabqa, with air strikes conducted by Syrian fighters. Probable, however, that it does not degenerate and that it creates a "non-contact" area. The Tiger Forces Commanders of the Syrian army commanded by General Al Hassan for now head south, extending the area controlled by Damascus. Probably a redeployment on the Palmira-Deir Ezzor axis. The frictions between American and Syrian wire forces also continue south, in the Al Tanf border area. Units of the Free Syrian Army would have been surrounded to the northeast of the now famous pass between Syria and Iraq. On Thursday 8 June, departments of the army of Damascus and Hezbollah militiamen would have reached Iraqi unity just at the border near the international road between Damascus and Baghdad, effectively preventing the passage of pro-American troops from the south to Deir Ezzor. The tension in the area is very high.

The border control between Syria and Iraq and between Syria and Jordan is now the focal point of the war. Iraqi Prime Minister Al Abadi reiterated in a statement (press conference of the 7 June) that Iraq will help the Syrian government to control the borders. At the same time, the pressure of Iraqi Shiite paramilitary militias is growing along the entire demarcation line between the two countries. Forces Badr (part of the PMU) and bitter enemy of the Sunnis of ISIS, are creating embarrassment to the Kurds and the US, because in fact they represent an ally of Assad armed by Iran that looms also from the east. 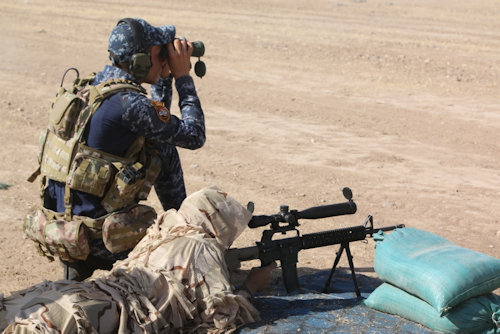 What will happen in the next few weeks? In all probability, in the medium to long term, the US will loosen the instrumental link with the Kurdish cause, which is now too cumbersome for everyone. After the war at ISIS, Rojava's autonomy will not serve anyone's interests:

- Turkey, a strategic ally that the US can not irritate;

- of the Assad government, which does not want separatism at home;

- Iraq, grappling with the problem of Kurdish autonomy also in its territory;

- Iran, which, although with minor tones, still has a domestic problem of Kurdish onset.

Greater relief could have southern borders between Syria and Iraq where US and British troops are already stationed. The repeatedly mentioned area of ​​Al Tanf is disputed between pro-American militiamen and government troops because at stake is the potential buffer area that Washington would like to build north of the Hashemite kingdom. Local military sources speak of a possible outflow of Islamist militia to the south for a possible reorganization in Jordan. The rumors are not confirmed, but Moscow's allegations to US-backed rebels about secret agreements with the Caliphate are in the public domain (General Surovikin, commander of the Russian contingent in Syria, quoted on Friday 9 June by Ria Novosti).

The impression is that playing covered cards will be less and less easy. The defeat of the Islamic State will reveal many truths so far hidden.